The Liberal Democrats staged their own “alternative budget” in the House of Commons. Unlike yesterday’s budget, which will be voted for by both coalition parties and become government policy, the Liberal Democrat budget is intended to put clear yellow water between the coalition’s junior partner and the Conservatives. But the proceedings quickly turned into a farce. 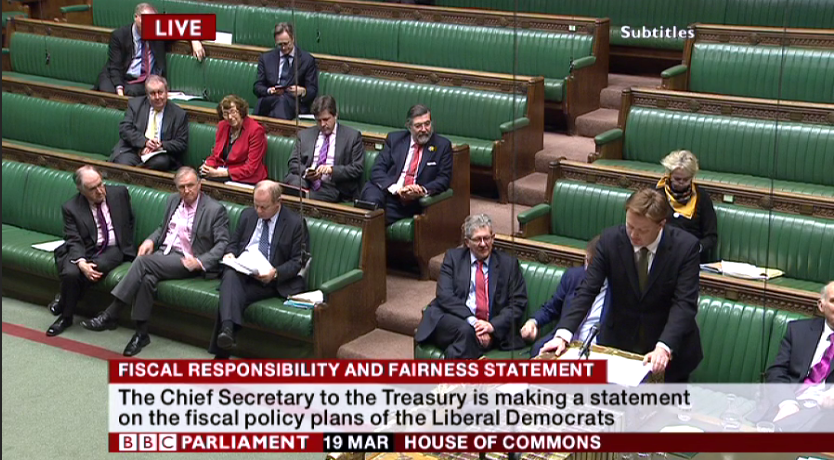 For a start,  most of the Liberal Democrats were elsewhere – just six backbenchers were present when Alexander started speaking – and two of the party’s Secretaries of State didn’t take the time to attend. Most damningly of all, one very prominent Liberal Democrat couldn’t be bothered to stick it out until the end: 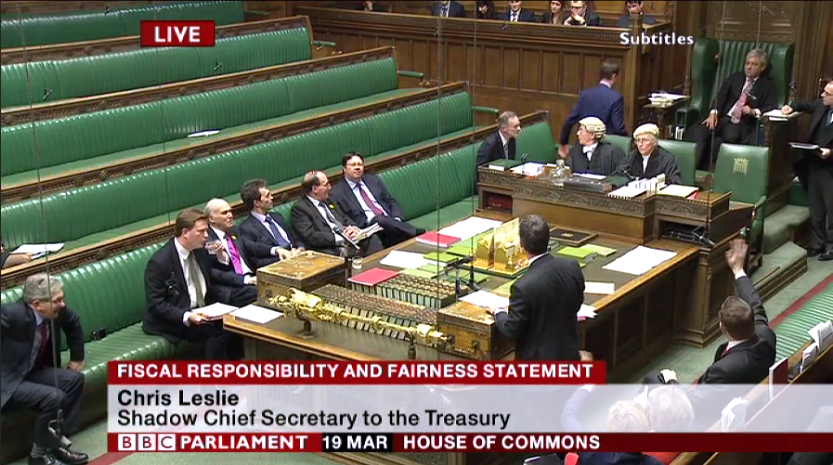 Clegg was waved out by gleeful Labour MPs, with Chris Leslie describing the occasion as his final appearance in the Commons.