Who asks the questions?

The Sky debate had barely begun when David Cameron got a telling off from an incredulous Jeremy Paxman. The PM was asked if he could live on a zero hour contract, and although the answer he (eventually) gave was no, he first had a go at redefining the terms of the debate – like blood to a shark for the Pax.

Later on, Miliband also got in trouble for seemingly writing his own questions. Hint: if your debating style includes voicing questions out loud, remember to stop doing that when someone else starts asking you questions.

In the audience Q&A, Cameron was asked if he’d ever considered appointing a dedicated minister to represent the elderly. His reply was empathetic, sensitive – and infuriating.

After all, if he doesn’t want one because the rights of the old shouldn’t be the work of “only one person”, what the hell does that say about women’s minister?

Okay, it’s not strictly a “quote” – but did anyone else notice how much better Paxman’s body language is on screen? Next to him, Cameron looks like a bobble head and Miliband something from Aardman animations. He is, as Malcolm Tucker said, “still the daddy”.

Predictably, Paxman went after the Prime Minister by bringing up a few of his shadier chums: “a man who oversaw tax avoidance”, “a rich newspaper editor” and someone who recently “thumped a colleague”.

Again, Cameron made an effort to shift the discussion in his favour, telling Paxman “the aspersion you’re trying to cast is, I think, completely ridiculous”.

To which Paxman need only do this: 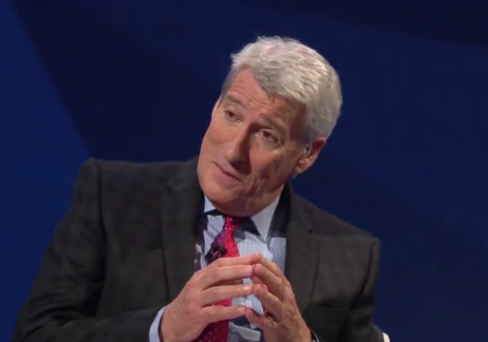 If either Ed or David want to be PM, they should pick up a few tips.

We all knew it was coming. An audience member brought up Ed Miliband defeating his brother to become party leader, asking if he didn’t think “his brother would have done a better job?” 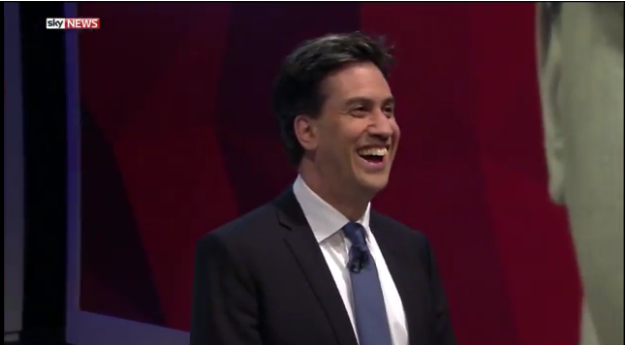 Luckily, it’s a question Miliband is used to laughing at. And when presenter Kay Burley asked about his mum’s reaction, he reassured us all she’s “a pretty hardy soul”.

Is this the start of Sassy Ed Miliband? “Hell yes I’m tough enough” is the quote that will be repeated throughout the campaign. Expect to see it on internet memes, t-shirts – and on headlines if Miliband fails to win a majority.

Look, let’s be reasonable here. We all know a small but not insignificant part of the population looks at Miliband and remembers the spody kid whose school bag they used to kick. For all his charms, Miliband definitely has the air of that one person who’d ask if there’s any homework at the end of the lesson. One audience member told him he “sounds gloomy a lot of the time”.

But remember how that kid would also be the one you’d nick the answers off? We say Miliband should accept “North London geek” as a compliment. And Twitter seems to agree (yes, this might say more about twitter than Miliband, we know): the phrase began trending almost immediately, proving that once you grow up, everyone prefers a geek to a bully.