This year’s NS online Christmas campaign supports for Women for Refugee Women, a charity set up by longtime contributor Natasha Walter. The NS has covered the conditions at the Yarl’s Wood detention centre before, for example in this piece by Laurie Penny; this by Caroline Criado-Perez and this by Alan White. It is shocking that women who have often experienced sexual violence are locked up indefinitely while awaiting deportation, and Natasha’s work with WfRW has always foregrounded the words of those who have been through this process. Read Alice’s story below, and support our campaign by joining the 50,000 people who have already signed the Women for Refugee Women petition.

Everyone who visits Yarl’s Wood detention centre is struck by two things: the strangely tranquil setting in a business park in the English countryside, and the shock of then finding yourself in a prison, searched and fingerprinted. Yarl’s Wood can hold up to 405 women. Most of them have come to this country seeking a place of refuge, and then find themselves locked up.

On a recent visit to Yarl’s Wood we met Margaret*. She had been living a quiet life as a businesswoman and mother in the east of the Democratic Republic of Congo until soldiers had come to her house and taken her into a prison. There, she had been tied up naked and raped repeatedly by many men, until her pastor had arranged her escape. When she had come to the UK she was desperately traumatised by her experiences. Being locked up in Yarl’s Wood with male guards who watched her night and day, was forcing her to relive her experiences in the Congo, and she was falling into real despair.

Margaret’s story is not unique. About 6,000 women seek asylum in their own right each year in the UK. About 2,000 women who seek asylum are detained each year, and this detention is indefinite – it can last days, weeks, months, even a year. Recent research we carried out found that the majority of women in Yarl’s Wood who came here to seek asylum say that they have survived rape or other torture in their home countries. Detention has a very negative impact on their mental health; one in three of those we spoke to were on suicide watch. And yet their detention is completely unnecessary; most are released back into the community.

When I first visited Yarl’s Wood in 2007, it held around 1,000 children a year. We campaigned then (with the support of the New Statesman!) and won a victory; the government no longer detains children for long periods in the asylum process. There is no reason at all why the same reform cannot be applied to all those in the asylum process. There already exist good alternatives to detention; people who claim asylum have to stay in touch with the authorities through regular reporting. Detention makes the asylum process less efficient, more expensive – and much more traumatic for the individuals going through it.

We at Women for Refugee Women have been heartened by the response to this campaign. The online petition started by Meltem Avcil, who was locked up herself in Yarl’s Wood at the age of 13, now has over 50,000 signatures. A parliamentary inquiry into detention was started in July, and we have brought evidence to the Joint Committee on Human Rights and a new inquiry by Bedford Council into healthcare at Yarl’s Wood. We have seen support from many organisations including Mumsnet and the Women’s Institute Shoreditch Sisters, and many individuals including the writer Zadie Smith and the actress Romola Garai. We have brought the campaign to many places including a protest in front of the Home Office, the Women of the World festival at the Southbank Centre, One Billion Rising and the Global Summit to End Sexual Violence.

Above all, we have seen immense support from the grassroots; communities throughout the UK are standing up for justice for women. In 2015 we will kick off the year with a conference organised by refugee women, and we will be organising actions throughout the year to make sure that despite all the hostility we hear about migrants and refugees, the message is sent very clearly to our government – whoever is in government after May 2015 – that it is time to stop locking up women who come to this country to seek safety. I do hope that you will join the campaign by sharing the petition and signing up to our email newsletter to stay in touch with events and actions as they happen, or donating to ensure we can continue the work. And then together I hope we can start to create a better world for women who cross borders to find safety.

Actress Romola Garai is one of the people supporting the Set Her Free campaign. Here she explains what she saw on a recent visit to Yarl’s Wood: 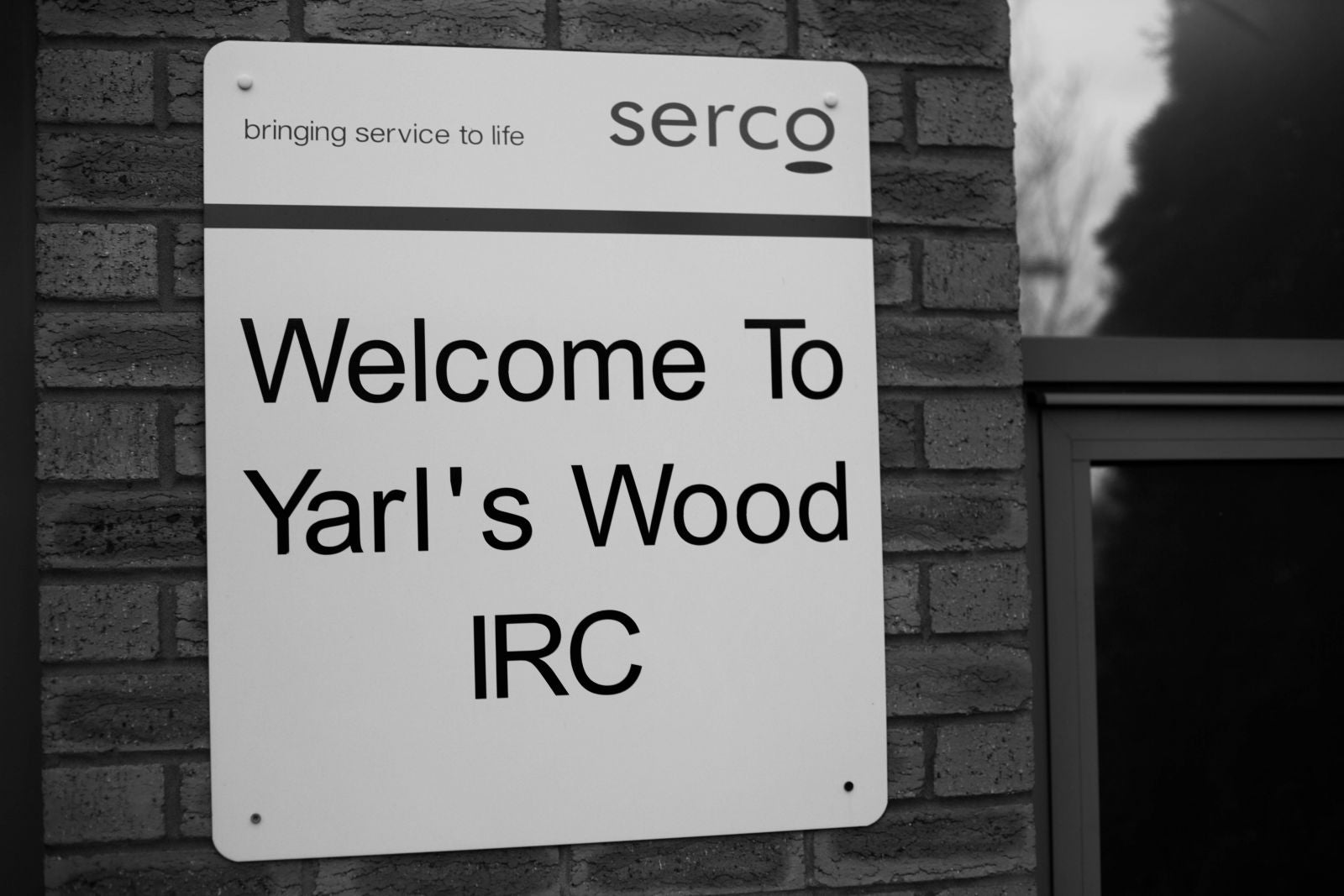 Alice* is a lesbian from Cameroon, who was imprisoned and raped by police as punishment for her sexuality. She now has refugee status in the UK

I arrived in Birmingham with a man from my country who got me through customs. That was February 2011 and the three interviews I had when I first claimed asylum in Croydon did not go so well. They didn’t believe I was a lesbian or that I had been persecuted in my country.

I met my girlfriend in Stoke-on-Trent at a Cameroonian community support group. My girlfriend was with me when my case went to the tribunal in March 2013 but they still didn’t believe that I was a lesbian. The judge said that they didn’t think I had a relationship with her.

In June 2013 I went to report as usual in Stoke-on-Trent – asylum seekers have to go and sign regularly with the Border Agency – and was shown a letter of refusal for appeal that I or my solicitor had never received.

The next day we drove to Yarl’s Wood. I was so distressed when we entered there. I was crying with fear because it is a prison. They brought me to the room and I was lying in bed and there were two male guards watching me right away. I was so distressed I was put immediately on suicide watch and male and female guards looked at me all the time, whatever I was doing, even private things – like washing and going to the toilet – it made me feel ashamed. Sometimes the male guards would laugh together and make comments about my body, saying “Look at her big breasts”. Sometimes I would curl up into a ball on the floor with the blankets over me because I did not want their eyes on me.

I was finding it very hard to eat or sleep. I harmed myself to try and relieve the pain I felt inside. I burnt myself badly on my arm with hot water and I saw other women do similar things – using forks to stab themselves and drinking whole bottles of shampoo to try and kill themselves.

When I burnt my hand I was taken for a night in Bedford hospital and the doctor there said: “This is very serious. Please, I need to speak to her by herself.” Because the guard was always with me, the doctor said “please, can you step out”. They said no, they have orders that the guard cannot leave me for one second.

I would honestly die rather than go back to Yarl’s Wood. I know these people are doing a job but at times it seems as if they are actually bad people who have stopped regarding us as human beings. I am still trying to recover from what happened to me not only in Cameroon but in Yarl’s Wood.

You can support the campaign by signing the petition here. Sign up to Women for Refugee Women’s email newsletter to get updates about the campaign and more opportunities to get involved. You can donate here.

*Names have been changed