Sit on my face and tell me that you love me,

I’ll sit on your face and tell you I love you too,

I love to hear you oralise,

When I’m between your thighs,

You blow me away. 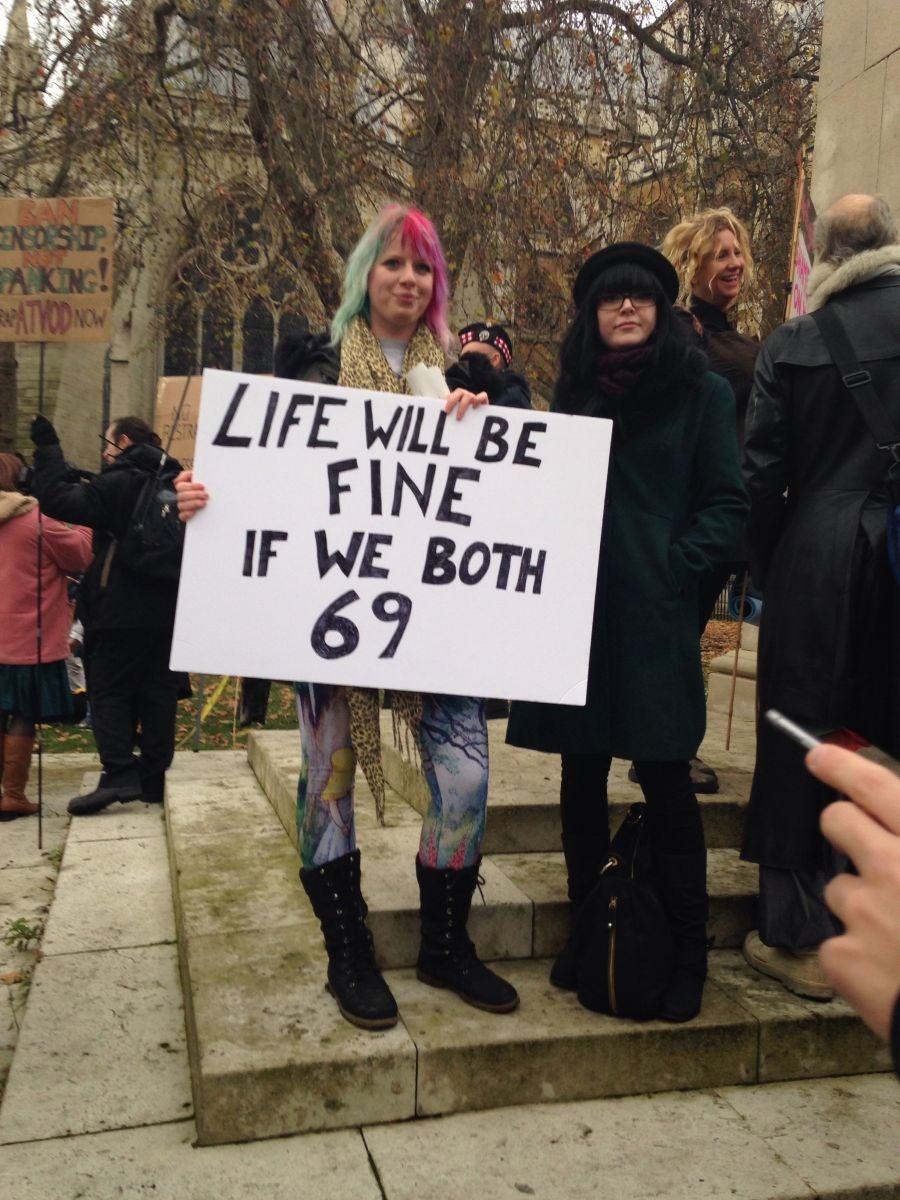 However, something didn’t feel quite right with what should have been a sharp, witty and necessary protest. A huge throng of mainly male cameramen and reporters in their anoraks and scarves surrounded a small number of demonstrators, who were mainly women, as they engaged in the kinky protest. And there were far more journalists covering the demo than there were people demonstrating.

The irony of this was made all too clear when one woman sitting on another woman’s face was told by a cantankerous cameraman to “move backwards a bit, because I can’t see her face”. “That’s kind of the point, mate, it’s face-sitting,” said an incredulous woman standing next to me. “It doesn’t work visually,” he replied, looking disappointed. “Is this what it’s supposed to look like?” 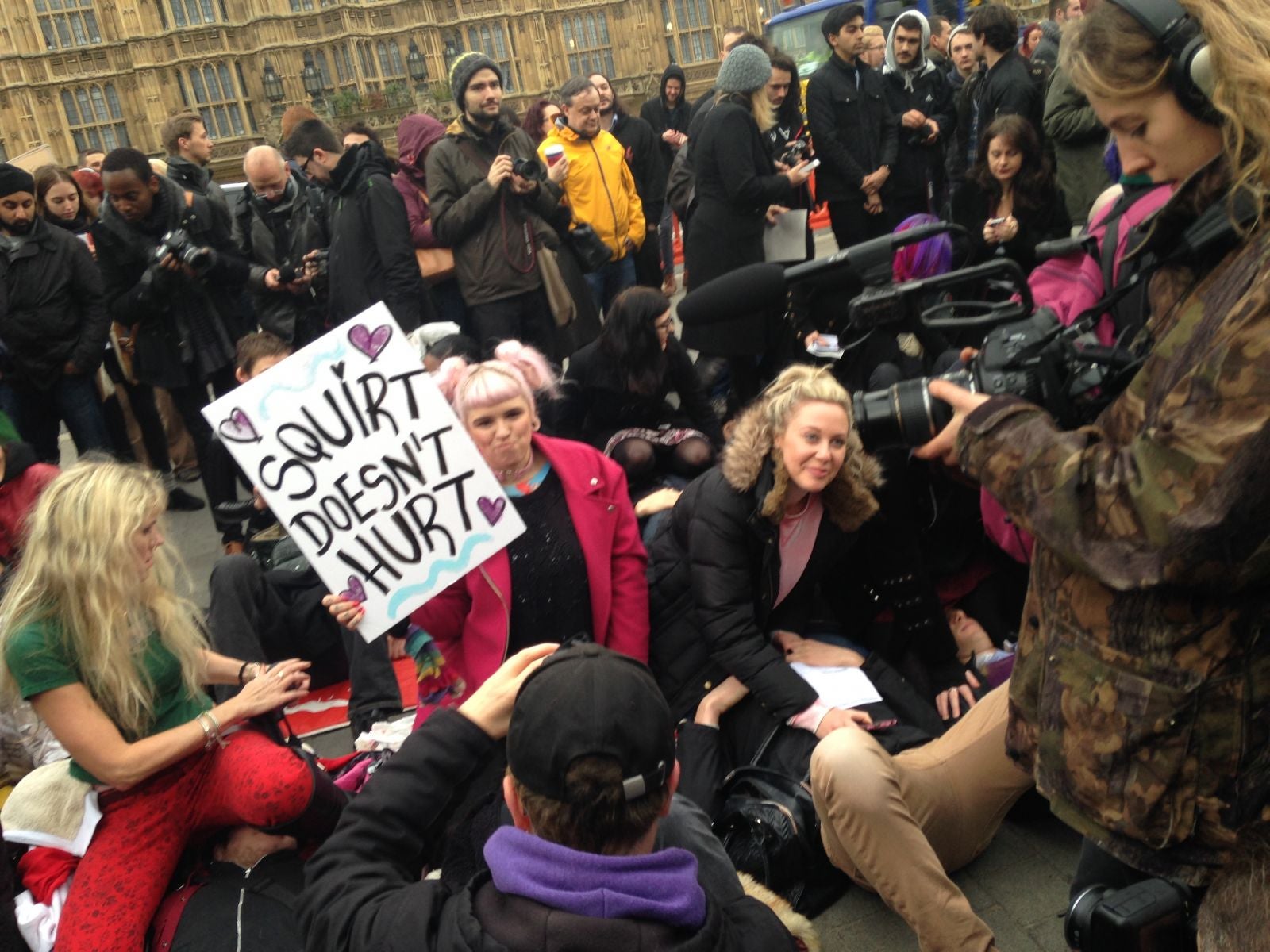 The irony of women performing for a crowd of male onlookers with cameras issuing instructions to them was not lost on some of the female protesters I spoke to.

“I wanted to turn the cameras round from us on to the cameramen,” a woman with dreadlocks holding a whip tells me. She describes herself as being “on the fetish scene”. “There are a lot of men journalists standing around looking very happy,” she sighs, shaking her head.

Another woman in a long leather black coat adds, “I wonder how many photos they are taking for their newspapers and for their own personal wank bank? Is it really work-related? PUT YOUR HAND UP IF YOU’RE AN OFFICIAL CAMERAMAN OR IF IT’S FOR YOUR BANK!”

I speak to a woman wearing a red rubber ball gag around her neck about her disappointment with the protest. “There aren’t as many people here as I would have hoped.” She tells me “it’s ironic” that the event has turned into men watching the protesters and telling them to perform for their cameras, and finds their gaze “offensive”.