Earlier this summer we looked at how the Greens, despite the media’s likely appetite for a fifth major political party, seemed to be pegged at 5 per cent in the polls.

Their support skews disproportionately towards the young. One in eight voters aged 18-24 back them, but less than 5 per cent of those older than 40 do – and they make up two-thirds of the electorate.

That story hasn’t changed in YouGov’s polls. Their four Tue-Fri polls for the Sun last week showed the party still at around 5 per cent, and appealing to 10-12 per cent of young voters.

But today’s weekly national poll by Lord Aschcroft has suggested Britain’s most left-wing party just jumped from 5 to 8 per cent.

Breaking that result down by age group shows why we should be wary of the finding: Ashcroft’s data suggests 28 per cent of 18-24 year olds are now planning to vote Green.

This would be far beyond the level of support suggested by anyone, including the party. 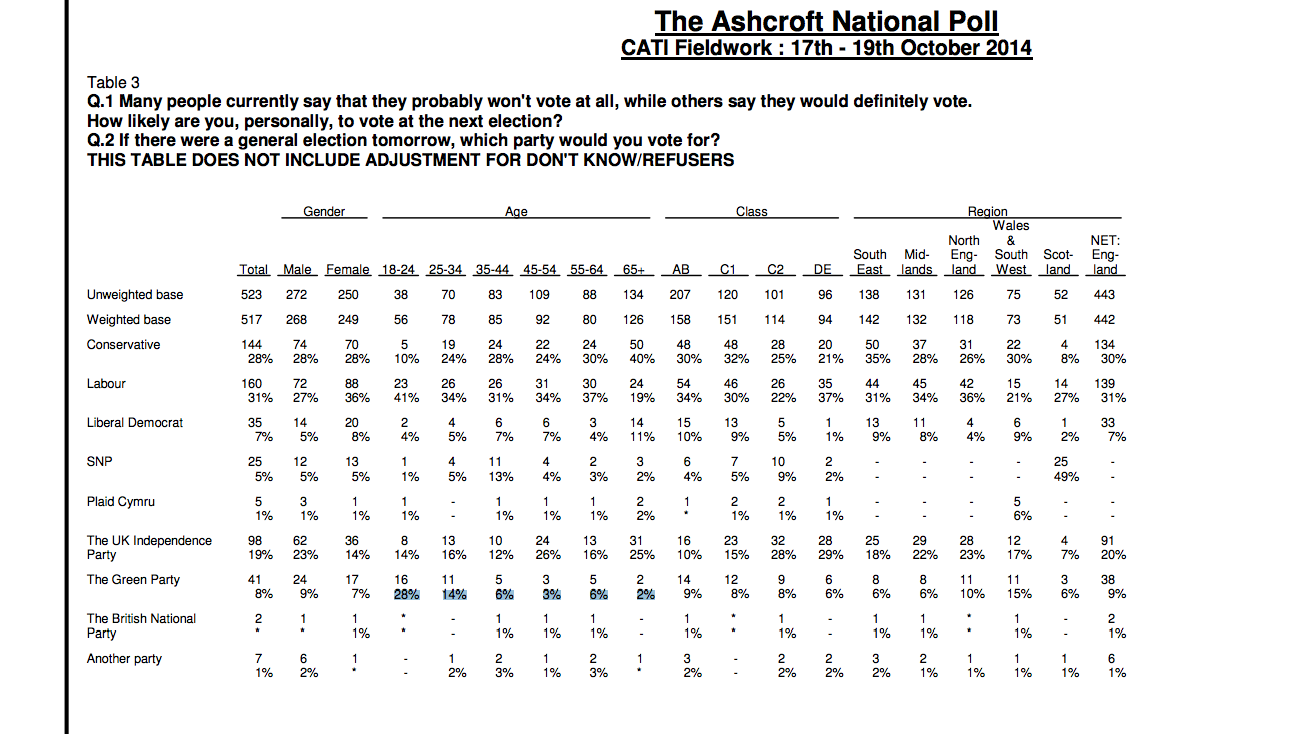 The data is not nearly robust enough for Ashcroft to actually be saying this. His poll surveys around 1,000 people – as all must to be within 3 per cent of accuracy – but, by the time he has ironed out those not planning to vote or undecided, he is down to around 500.

By the time he breaks the data into age groups he is weighing less than 100 people. The margin of error becomes untenable under around 200 people, when it is 7 per cent.

There are only 56 weighted 18-24 year olds in Ashcroft’s poll – so we can’t say 28 per cent of them are actually going to vote Green.

Ashcroft isn’t trying to, but the point is that this is only one poll. We should hesitate to say 8 per cent of the population are now converts. Despite the party’s protestations to the contrary, the Greens have consistently polled below the Lib Dems, who have been at around 8 per cent for months.

We can only take sub-breaks seriously over time. And YouGov’s have shown the party’s youthful support at far lower levels than today’s poll implies. If Ashcroft’s numbers had shown only 12 per cent of 18-24s backing the Greens in today’s poll (7 rather than 16 of the 56 18-24s), the party would have managed 6, rather than 8, per cent overall (32 rather than 41 of the 517 in the weighted sample).

Until Ashcroft continues to show the Greens really have captured a third of Britain’s youth, or other pollsters start to agree with him, renewed calls for Natalie Bennett’s inclusion in the leaders’ debates should be postponed.

But today’s poll does show some movement, and is a frank example of what we discussed this morning: the polls can be shaped by the media. After a week of press coverage following Bennett’s exclusion from the broadcasters’ proposals, the party seems to have won a poll spike.

Now the polls will in turn probably shape the press. The Greens could win another round of coverage, potentially driving them up in the polls yet again. 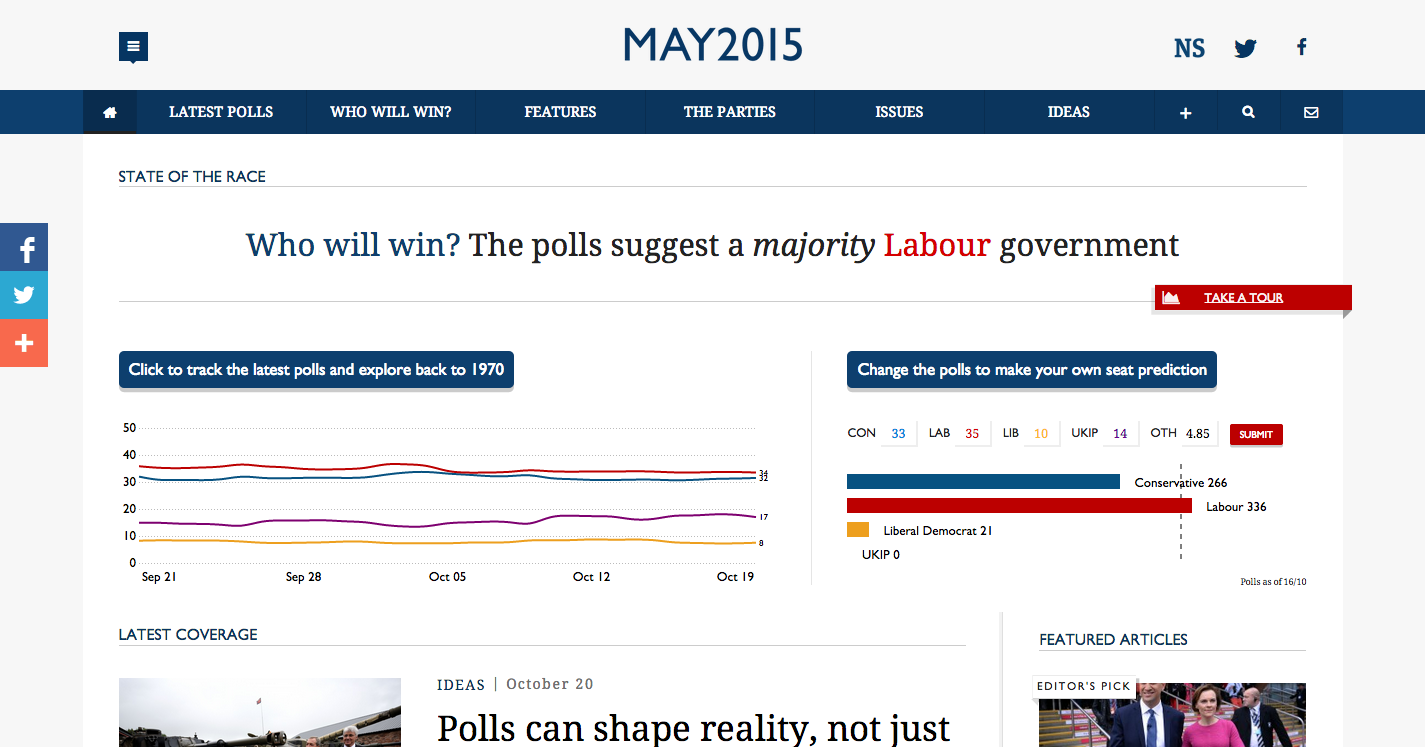