Sometimes the processes governing the climate and environment of our planet are difficult to grasp, operating across scales of time and space that humans are ill-equipped to understand. Sometimes, though, it’s very clear that we’re doing a shitty job of being custodians of Earth.

The Aral Sea was the fourth-largest lake in the world by surface area, but the emphasis here is on the was. Satellite images taken over the last few decades illustrate how dramatic an environmental disaster there is on the border of Kazakhstan and Uzbekistan – the image above is the “lake” as photographed by Nasa’s Earth Observatory this month, whereas in 2000 it looked like this: 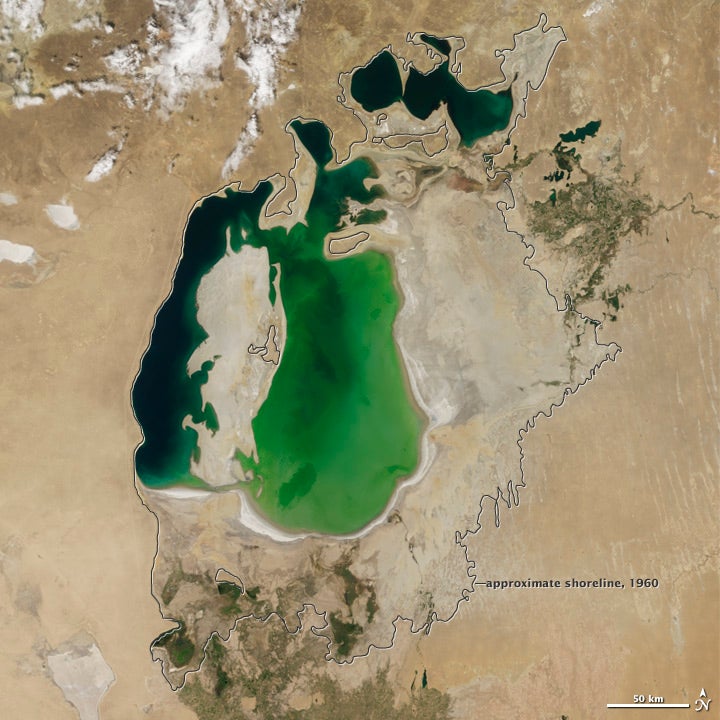 Go back further, to 1985, and this is what the Aral Sea looked like to astronauts on the Challenger space shuttle: 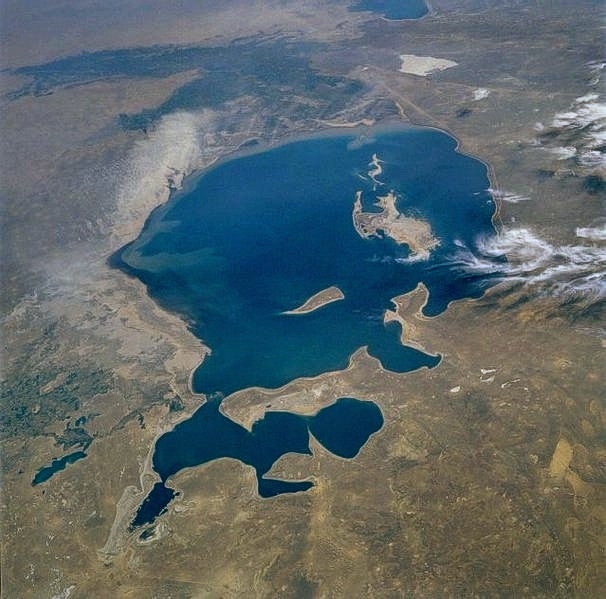 The Aral Sea has disappeared because the USSR – and then the successor governments of Kazakhstan and Uzbekistan – saw the rivers that fed is as useful sources of fresh water for irrigation projects. The price for turning the regions surrounding the Aral into major centres of cotton production through the 1950s to 80s was evaporation and stagnation, and the destruction of the communities which used to fish on it, left stranded along shorelines that now trace the ghost of a lake.

Without the lake to moderate things, the climate of central Asia has worsened – summers are hotter, winters are colder, and dust storms are a regular blight for those living nearby. One particularly grim consequence of the lake drying up has been that an island with a secret Soviet biological weapons research facility on it isn’t an island any more. In 1971 three people died when weaponised smallpox was accidentally released from here, and according to those who worked there the germs still stored on the island (like anthrax, or the plague) are in leaky containers.

Notably, the Aral Sea is believed to have dried up and reflooded in the distant past, so this is only the first time this has happened in modern memory. The Kazakh authorities have also managed to stop and reverse the fall of the water level in what is now the North Aral Sea, with a dam that was built in 2005. Yet it’s important not to snigger at this as an example of communist hubris – this is a function of any society which lives beyond its ecological means. California would do well to look to the Aral Sea and beware.