It would be remiss to let today pass without noting the highlight from last night’s council by-elections. In Clifton North, Lib Dem candidate Tony Marshall was beaten into last place by David Laurence Bishop of the Bus Pass Elvis Party (Marshall received 56 votes to Bishop’s 67). The party’s policies include the legalisation of brothels with a 30 per cent reduction for OAPs. 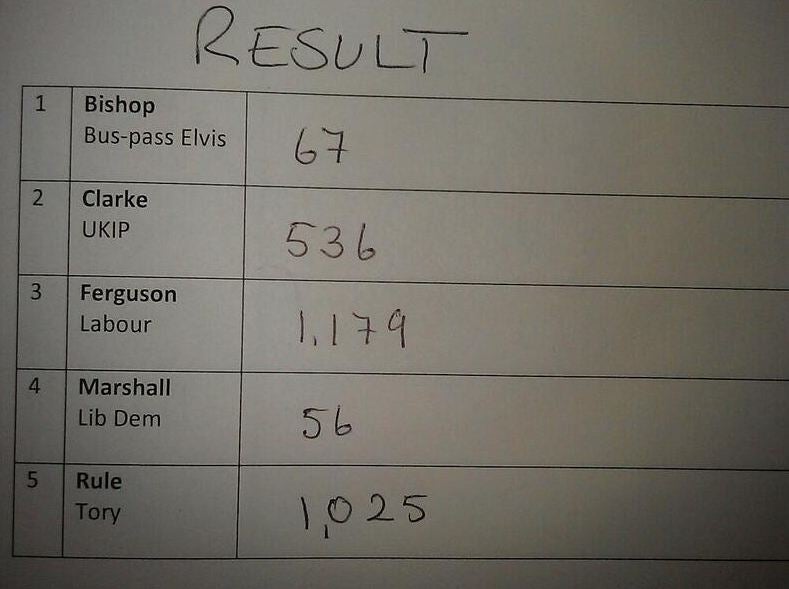 Bishop told the Nottingham Post that he was now “confident” of beating the Lib Dems in the general election. He said: “I will either stand in Broxtowe or Skegness and I’m more confident of beating the Liberal Democrats than I was two days ago. It’s not the best news for the Liberal Democrats. But perhaps people actually liked my policies of legalising brothels with a 30 per cent reduction for OAPs and holding an enquiry into the cost of vets fees.”

The Lib Dems, who have lost their deposit eight times in parliamentary by-elections since 2010, have previously been beaten by Professor Pongoo, a climate change activist who visits schools dressed as a penguin.