After entering office in 2010, David Cameron promised to lead “the most open and transparent government in the world”. But once again, the coalition has fallen foul of the number crunchers at the UK Statistics Authority. This time, the dispute centres over the Treasury’s presentation of figures on infrastructure investment in the government’s National Infrastructure Plan.

When the document was published last December, several were struck by how the unusual logarithmic scale used on one of the graphs made it appear as if investment was balanced across all sectors, including, most pertinently, flood defence. In fact, the government had spent £4bn in this area, compared to £218bn on energy, £121bn on transport and £14bn on communications. But the graph, as shadow chief secretary to the Treasury Chris Leslie noted in a letter to UK Statistics Authority head Andrew Dilnot, suggested otherwise.

Dilnot has now responded to Labour, stating that “the chart could leave readers with a false impression of the relative size of investment between sectors” and including a redrawn version by stats officials. 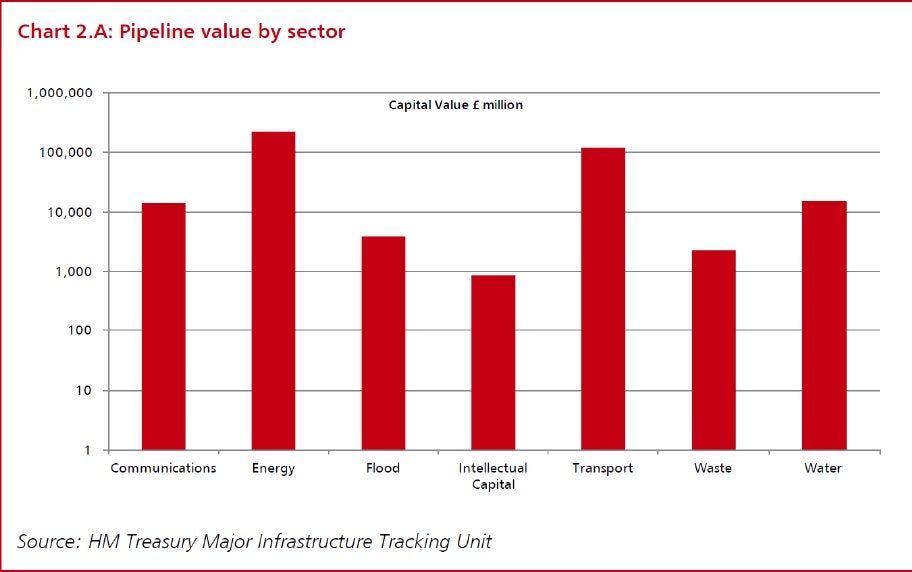 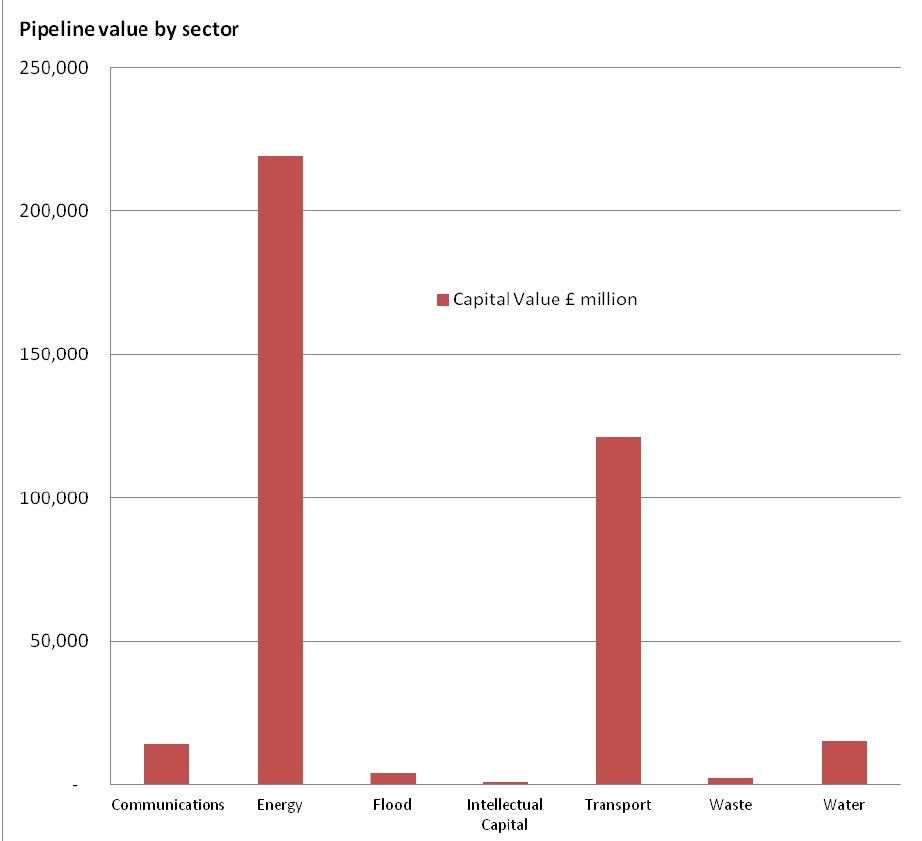 And that wasn’t the only correction he issued.

The coalition also boasted that “average annual infrastructure investment has increased to £45 billion per year compared to an average of £41 billion per year between 2005 and 2010”. But as Labour MP John Healey noted in a letter to Dilnot, a footnote to the document admitted that there were “challenges when collecting this data”, that the figures did not derive from consistent source material and that they were not comparable with the other data used. He added: “Despite these admissions, the methodology by which the figures were produced is not made clear, nor are the timeframes which have been selected for comparison – 2005-10 and 2011-13 – explained or justified.” In response, Dilnot writes that “It would have been good practice for this analysis to have been accompanied by full information about the methods used.”

As I noted earlier, this is far from the first time that ministers have been rebuked for their statistical chicanery. In December 2012, Jeremy Hunt was ordered to correct his false claim that spending on the NHS had risen in real terms “in each of the last two years”. A month later, David Cameron was criticised for stating that the coalition “was paying down Britain’s debts” (the national debt has risen from £828.7bn, or 57.1 per cent of GDP, to £1.25trn, or 75.7 per cent of GDP since May 2010) and then in May 2013, Iain Duncan Smith was rebuked for claiming that 8,000 people moved into work as a result of the introduction of the benefit cap.

Time and again Ministers are being warned not to mislead the public with false claims, dodgy statistics and biased graphs.

Now George Osborne and the Treasury have been told off for misleading people about the government’s investment in infrastructure. For example, their chart made it look like investment in flood defences was roughly the same as in other areas, when in fact it was a tiny fraction.

This government has a track record of trying to pull the wool over people’s eyes. David Cameron has now been rebuked several times for making false claims: on NHS spending, the rising national debt and the impact of his tax rises and spending cuts on economic growth.

And only last month the Tories came up with more dodgy figures to claim people are better off, but which totally ignored the impact of things like the rise in VAT and cuts to tax credits.

In their desperation to paint a rosier picture than the truth David Cameron and George Osborne are showing just how out of touch they are from reality.