The “manosphere” really hates short-haired girls. On “game” forums and in personal dating manifestos, the wickedness of short-haired women pops up time and time again as theme and warning – stay away from girls who’ve had their hair chopped off. They’re crazy, they’re deliberately destroying their femininity to “punish” men, but the last laugh will be on them, because the bitches will die alone. Yes, there are people who really believe this. In 2014.

This week, a writer going by the handle Tuthmosis put out a short article explaining why “Girls With Short Hair are Damaged”. The piece has now received over 200,000 interactions on Facebook, so I’m not going to link to it again here. If you scrape through the layers of trolling, though, Tuthmosis’ logical basis for declaring short-haired women “damaged” is pretty interesting.

He writes that long hair is “almost universally attractive to men, when they’re actually speaking honestly. . . Women instinctively know this, which is why every American girl who cuts, and keeps, her hair short often does it for ulterior reasons . . . Short hair is a political statement. And, invariably, a girl who has gone through with a short cut – and is pleased with the changes in her reception – is damaged in some significant way. Short hair is a near-guarantee that a girl will be more abrasive, more masculine, and more deranged.”

The essential argument is: men like long hair, and what sane woman would ever want to do anything that decreases her capacity to please men?

The advantage of articles like this, pantomimic though they be, is that they make misogyny legible. There was a time when feminists had to do that all by ourselves, but now we don’t have to point out the underlying assumptions of a lot of the bullshit we deal with every day, because there are people on the internet doing it for us.

So I’m almost grateful to Tuthmosis for writing this particular piece of recreational sexist linkbait. I thought I’d never have an even passably good reason to write about how little things like short hair change the way patriarchy responds to you.

I’ve had short hair for most of my adult life. I keep it short partly because it suits me, partly because long hair is a whole lot of bother, but mostly because I don’t have a choice – my natural hair is limp and rubbish and doesn’t grow far past my shoulders without turning into witchy rat-tails. I’ve had a lot of fun with my boy-short crop. I’ve had it shaved, buzzed, dyed, undyed, a long pixie with a fringe, a half-head “Skrillesque’”, and I’m currently rocking what the blog Autostraddle calls ALH (“alternative lifestyle hair”), with a style somewhere between “Human League” and “Androgynous Emo Frontman from 2005”.  Of course, there are problems. To be frank, my hair is a great deal gayer than I am, and sometimes accidentally cashes cheques that my heart and loins don’t deliver, to the extent that I’ve considered letting my hair go out out to Candy Bar to play all by itself. It’s fabulous enough to pull it off. Anyway. 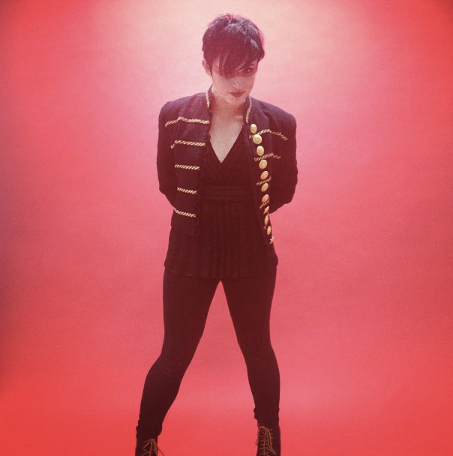 The author, with short hair.

I’ve experimented with growing the crop out twice, encouraged both times by men I was dating. It seemed like the thing to do to make myself more pleasing to potential boyfriends, potential bosses, and other people with potential power over my personal happiness. Both times, it looked awful. It took a lot of effort and a surprising amount of money to maintain, and it still looked awful, and I didn’t feel like myself. Growing it past my chin took determination, because every day I’d look in the mirror and want to take the razor to it right then and there.

And yet, the amount of male attention I got – from friendly flirting to unwanted hassle – increased enormously. Not because I looked better, but because I looked like I was trying to look more like a girl. Because I was performing femme. Every time I cut it off, I noticed immediately that the amount of street harassment I received, from cat-calls to whispered sexual slurs to gropes and grabs on public transport, dropped to a fraction of what it had been – apart from total strangers coming up to tell me how much prettier I’d be if I only grew it out.  People have done this when I’ve been quietly working on my laptop in cafes,  because I really need to be interrupted in the middle of a deadline to be told I need to work harder on my girl game.

Among the plus points for short hair is that makes it easier to read my book on the bus in peace. I mention this because there are clearly some men who rarely or never consider what it’s like for a person to negotiate femininity in the real world. There are plenty of reasons why a ‘sane’ woman might choose not to play up her ‘fertility signifiers’ every chance she gets, and not just because she’s got better things to do with her time.

My little sister has had the opposite experience. She has naturally long, thick, glossy chestnut waves, but recently she experienced a severe shock, and it started to fall out in clumps, which wasn’t something I thought actually happened in real life. It was a hugely distressing experience for her, and I went with her to get it cut into something more manageable while she waits for it to grow back.

When I talked to her about this piece, she told me she really wasn’t expecting the loss of her hair to affect her as much as it did – nor was she expecting the number of unsolicited comments from male friends telling her she never should never have cut it off, not knowing she had a medical condition.

For all that the “manosphere” bangs on about evolutionary psychology and the effect of such attributes as long, luscious locks as natural signs of “fertility”, what’s really noticeable is that that to get hair of any length to look like it does in catalogues and on catwalks takes work. It takes energy and money and attention. Especially if yours is naturally wild, or frizzy, or afro. It takes creams and serums and tongs and irons and spray and mousse and a deft, time-consuming blow-dry technique to get your hair to look like Kate Middleton’s, and that’s the point. The point is to look like the performance of femininity matters enough to you that you’re prepared to work at it. I know a good few women who do all this every day and nonetheless manage to hold down jobs, raise families and write books, and I remain impressed, but I’ve never had that sort of patience.

Still, none of the women I know with long, pretty hair is anything like the “ideal woman” who’s spoken of in breathless terms on Men’s Rights Activism sites, Pickup Artist forums and in great canonical works of literature written and revered by men, because none of them are fictional. The “ideal woman”,  who wakes up looking like an underwear model, who is satisfied with her role as housewife and helpmeet but remains passionate enough to hold a man’s interest, who looks “bangable” but never actually bangs, because that would make her a slut, is almost entirely fictional. She exists mainly as a standard against which every real women can be held and found wanting. She exists to justify some men’s incoherent rage at being denied the ideal woman they were promised as a reward for being the hero of their own story. Tuthmosis’ stories about how short-haired women have frightened and disappointed him are oddly amusing: he describes how one “once came over to my house, texted with one hand, while she jerked me off with the other”.

If the story is true, you have to admire that sort of manual dexterity. Nonetheless, it seems to get at the crux of the problem that non-fictional women seem to present for a certain kind of man: we just aren’t paying enough attention to their boners.

Tuthmosis is right, for all the wrong reasons. Wearing your hair short, or making any other personal life choice that works against the imperative to be as conventionally attractive and appealing to patriarchy as possible, is a political statement. And the threat that if we don’t behave, if we don’t play the game, we will end up alone and unloved is still a strategy of control. When I talk to young women about their fears and ambitions, it’s one of the main things they ask me about. 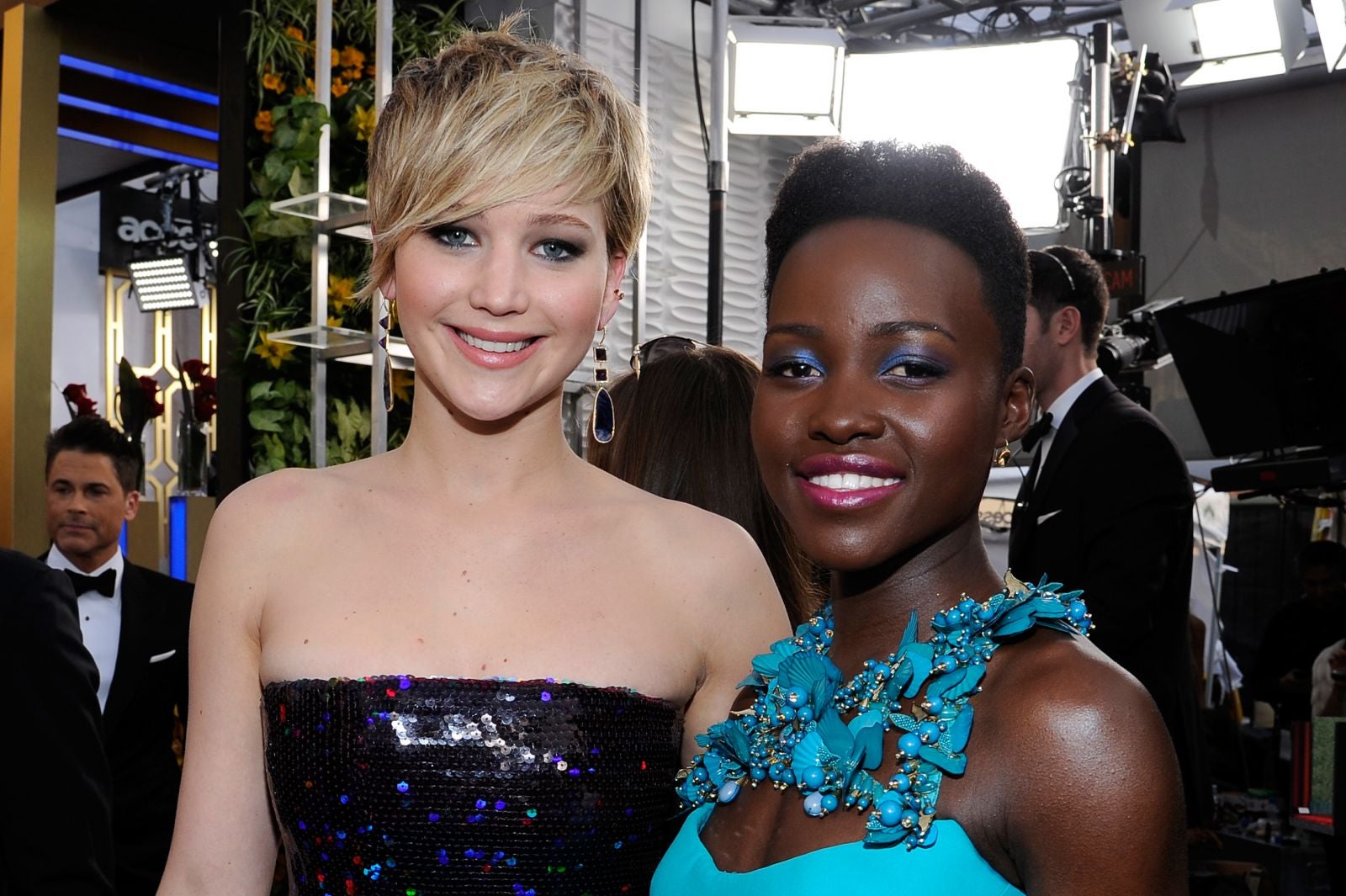 The idea that women might not place pleasing men at the centre of our politics, consciously or unconsciously, makes a lot of people uncomfortable. Sometimes it makes them angry. I am regularly asked whether I think that feminism ought to be “rebranded” in order to threaten men less, because anything a woman does, even attempt to chip away at a massive, slow-gringing superstructure of sexism, must appeal to men first, or it is meaningless.

If making your life mean more than pleasing men is “deranged”, it’s not just short-haired girls who are crazy.

An infinite number of trolls with an infinite number of typewriters will occasionally produce truths, and on this point, yes, Tuthmosis is right. Chopping your hair off is “a political statement”. Don’t get me wrong, I’ve made bigger ones in my life. But choosing to behave consciously as if the sexual attention and comfort of men is not my top priority has made more of a difference to how my life has turned out than I ever imagined. And that sort of choice still worries a great many women and girls, who learn from an early age to fear what Roosh V, well-known pick-up-artist and Tuthmosis’ editor, warns all “sick women” seeking to “punish” men by cutting their hair: “being lonely and having to settle for a brood of cats is not a good life for a woman, but that’s what will happen if you keep your hair short.”

If I were really to stoop to the level of the original piece, I’d have to reassure readers that from personal experience, this sort of warning is there to be ignored. My own “game” hasn’t suffered at all from having short hair, and it’s a really good way of filtering out the douchecanoes. Neo-misogynists tend not to want to sleep with me, date me or wife me up however I wear my hair, because after five minutes of conversation it tends to transpire that I’m precisely the sort of mouthy, ambitious, slutty feminist banshee who haunts their nightmares, but if I keep my hair short we tend to waste less of each other’s time. If you’ve a ladyboner for sexist schmuckweasels, short hair isn’t going to help, although they might let you administer a disappointing hand-job.

But if you want to meet men as equals, if you want to fill your life with amazing men and boys as lovers, as life-partners, as friends and colleagues who treat women and girls as human beings rather than a walking assemblage of “signs of fertility” – believe me, they are out there – then I wouldn’t start by changing your hair. I’d start by changing your politics, and surrounding yourself with people who want to change theirs, too.