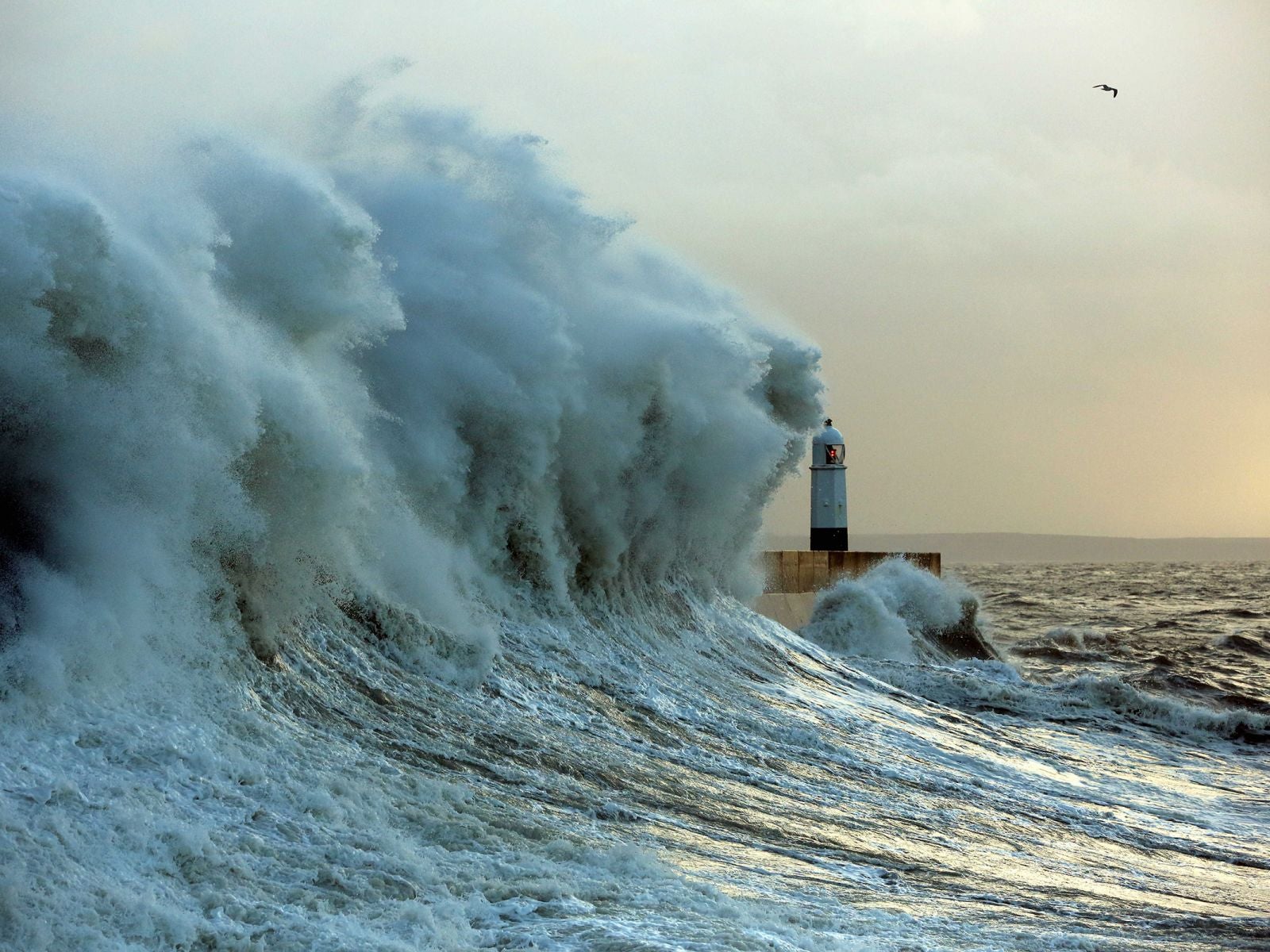 The day after the tidal surge subsided, on 6 December, I drove out to Jaywick, on the Essex coast. This plotland community was established near Clacton-on-Sea in the 1930s as a holiday resort for Londoners. It is now said to be the most deprived place in England. The sea is its most treasured amenity, but occasionally it becomes a threat – 37 people drowned in Jaywick on the night of 31 January 1953, when the North Sea broke though coastal defences along the east coast, and many of its residents were evacuated on 5 December 2013, when the highest “tidal surge” in 60 years was predicted.

I met a woman on the beach who told me that she had slept rough with her dog in Clacton-on-Sea because the shelter was full. Her son had stayed in Jaywick. Other people had walked back in the middle of the night. Two lads sharing an early-morning spliff on the seafront showed me how high the water had come.

Improved flood defences and warning systems ensured there was no repeat of the catastrophe of 1953: there was no loss of life on the east coast and less damage to property than had been feared. Yet not everywhere escaped unscathed: houses from Hull to Essex were flooded, and the Lincolnshire town of Boston found itself knee-deep in water when a tidal inlet called the Haven burst its banks. The chalk mark drawn on the back wall of St Botolph’s Church, or “the Stump”, as it is known, thanks to the tall tower that rises above the flat fenland landscape, suggests that the water was a metre higher than it had been in 1953.

UK corporate leaders group: we are trailing in the global race for green growth

Boston has always been oriented towards Europe, and beyond: it is the place from which religious dissidents first attempted to escape England for a new life of religious freedom, and today it claims a higher proportion of immigrants than any other town in the country. When I arrived several days after the flood and walked along Irby Street, which runs beside – and beneath – the Haven, there were cars with Czech number plates parked among the damp carpets and rotting furniture piled on the pavements. One woman told me she had been in Prague when the water flowed through her house, leaving an ankle-deep tidemark on the walls. The water took its habitually capricious course: it bypassed some houses entirely, but struck others with such force that it blew in their windows and threw cookers around as if they were made of polystyrene.

The residents of Boston had been told to expect an even higher tide on New Year’s Day, but when the storms resumed, they struck the other coast and travelled in the opposite direction, from Cornwall to Scotland: the worst winter storms to hit the UK, for 20 years have been nothing if not comprehensive.

Met Office statistics confirm the anecdotal evidence: it was the stormiest December in records dating back to 1969, and one of the windiest months in Britain since January 1993. In Scotland, it was the wettest month since records began in 1910. No one knows if the storms are caused by climate change or not: the Met Office will say only that it expects to see extreme weather events more frequently as the planet warms. More immediate causes have also been cited, from the “quasi-biennial oscillation”, a cycle of fast-moving winds above the Equator, to the effects of the US’s arctic freeze.

The political arguments over the causes of the storms have begun: the government says more than a million homes have been protected since the start of December, but critics say that spending on flood defences is being cut – in real terms it will fall from £646m in 2010-2011 to £546m in 2015-2016. The Prime Minister acknowledged the political significance of flooded homes when he visited the Kent town of Yalding on 27 December.

One of the residents of the Little Venice Country Park and Marina, which stands on the edge of town, told me that they were used to four or five feet of water, but they were not prepared for the ten-foot wave that swept through the park. “It was the scariest thing I have ever seen,” he said. When I visited Little Venice on 7 January, the Environment Agency was considering evacuating the park for a third time, while in Westminster, the debate about the national response to the storms was getting under way: Maria Eagle dismissed the Prime Minister’s visit to Yalding as a “stunt” but the residents of Little Venice were not inclined to join in the recriminations. They did not even blame the Environment Agency for opening the Leigh Barrier upstream and releasing the tidal wave that set their homes adrift. “It was a case of ‘had to’,” one said. “It’s the same all over the country: it’s just exceptional weather.”