In light of the Mail’s attack on Ed Miliband’s dead father for “hating Britain” (evidence: he opposed the Falklands war, and fought the Nazis), Stephen Glover has written a stirring piece arguing that such attacks on the dead are a new low in British life. 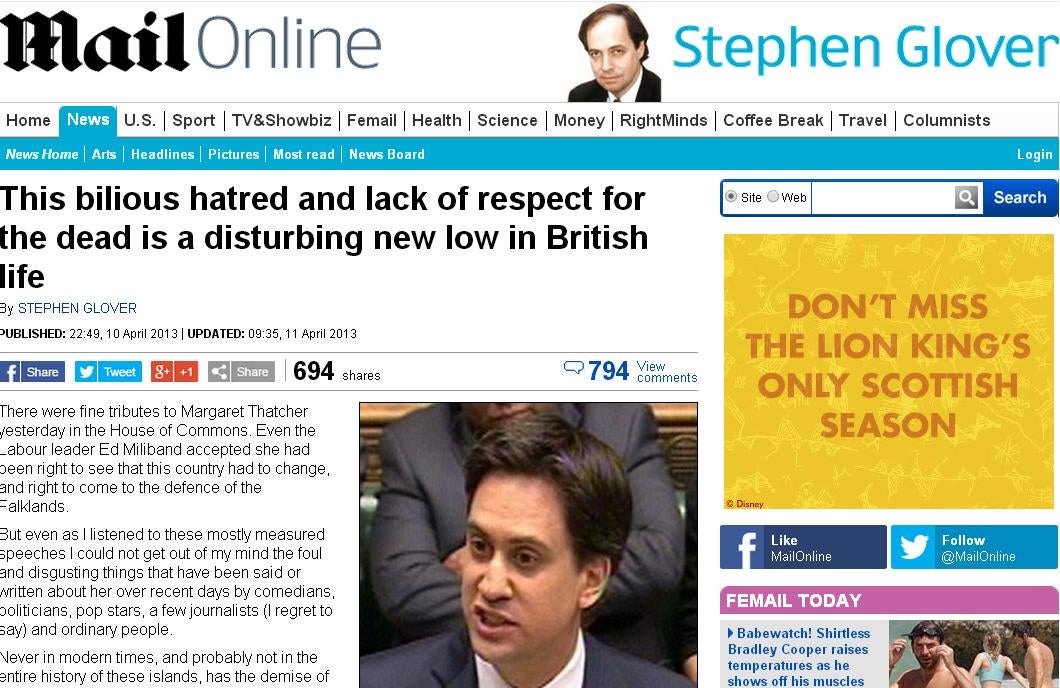 Oh, woops! Don’t let the picture of Ed Miliband fool you. He was actually talking about the death of Margaret Thatcher in April.

Remember: attacking a dead politician over their legacy = shameful. Attack a politician’s dead father = what makes this country great.

Boris Johnson is entering his moment of greatest peril

Why price controls are the right response to soaring gas prices

Is Wes Streeting the next Labour leader?