To coincide with the Immigration Bill, which includes plans to introduce a £200 charge for temporary migrants to use the NHS, the coalition has published new research on the true cost of “health tourism” to the UK. Conservative MPs, including Jeremy Hunt, have long claimed that the figure is far greater than the £12m (0.01% of the health service’s annual £109bn budget) suggested by previous studies. But there are so many different numbers being traded this morning that it’s harder than ever to get a clear picture.

The Daily Mail was first out of the blocks with an alarmist front page declaring that the true cost of “health tourism” has been revealed to be £2bn, 100 times more than previously thought (a far from unhelpful story for the government). But study the report itself and it becomes clear that the figure is bogus. Those who travel to the UK specifically for healthcare, such as women who give birth in an NHS hospital before returning home, are actually estimated to cost the service just £70m a year (0.06% of the budget). The £2bn figure refers to the total cost of treating foreign visitors and temporary migrants (such as students and seasonal workers), many of whom are eligible for free treatment and pay tax, not “health tourists”. 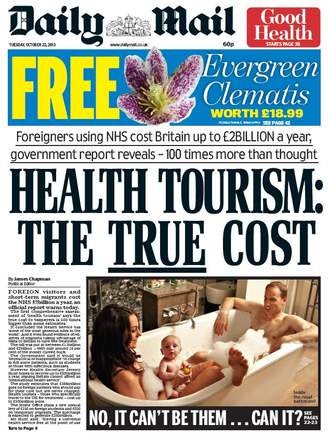 Under the new system proposed by Hunt, temporary migrants (rather than merely “health tourists”) will be required to pay an upfront charge of £200 to use the NHS, which the government estimates could raise £200m. But while the Health Secretary claims that he is addressing a “serious problem”, his priorities have to more to do with politics than policy. The chair of the Royal College of GPs, Claire Gerada, has warned that the cost of administrating the new system could outweigh the savings, while also increasing public health problems such as TB by deterring temporary migrants from seeking treatment when they first fall ill. 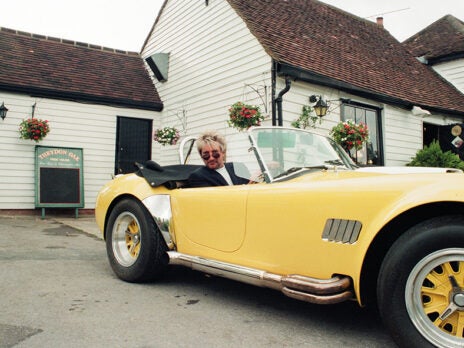 Dr Chaand Nagpaul, then chair of the British Medical Association’s GP committee, said: “GPs and other healthcare professionals do not have the capacity or the resources to administer an extended charging system that could require GPs to extensively vet every single patient when they register with a new practice.

“This would cause inconvenience to all patients and put additional strain on already overstretched GP services that are currently under pressure from rising patient demand and falling resources. It is doubtful that the expensive bureaucracy required to support an extended charging system would recoup enough money to cover the costs of setting it up in the first place.”

But for the government these concerns are less important than the political necessity of being seen as “tough” on immigration. As Theresa May put it earlier this month, the public believe “there is an issue out there”. In other words, the government is making policy based on fears, rather than facts.

The NHS is enduring the biggest funding crisis in its history, waiting times are rising and A&E is in chaos but don’t look to the Tories for answers; they’ve gone UKIP-chasing.