No one wants to think about cloudy skies in August but if they’re up there, be grateful. According to research published in Nature Geoscience on 28 July, we can thank clouds for saving us from a fate worse than Venus’s.

Venus – a barren, hot planet – suffered from the “runaway greenhouse effect” when its temperature rose past a critical point. That, it seems, arose from having too much thermal insulation resulting from the heat-storing greenhouse gases in the planet’s atmosphere.

On Venus, as on earth, carbon dioxide was an important contributor. Our planet is wet and heating it creates a lot of water vapour, a far more potent insulator than carbon dioxide. The more water vapour there is, the faster warming occurs.

Once you hit the point of no return at which the runaway effect starts, it would take only a few thousand years for life on earth to become untenable.

David Chalmers: “I’d love to come back every 100 years to take a look” 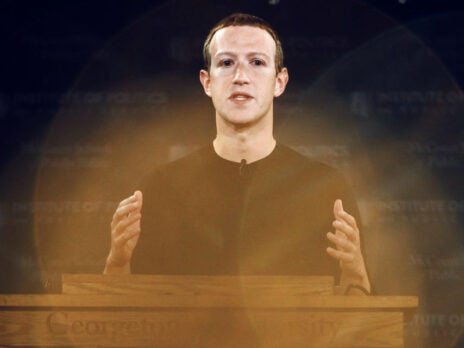 In trying to tackle fake news, Facebook is cracking down on real science

The recently published calculations show that the Venus effect could happen here – if it weren’t for clouds. They look white and fluffy to us because they scatter light. The tops of the clouds do the same, scattering and reflecting sunlight back into space before it has the chance to warm the earth and take it into the runaway scenario.

There’s still some uncertainty in the calculations, however: we don’t know exactly how hot we can let the planet become before the clouds can no longer help us. Unfortunately, uncertainty in other areas is pushing us in the right direction to find out.

The Intergovernmental Panel on Climate Change (IPCC) will publish its fifth assessment report next year. A draft report of some of its data, leaked to the Economist, suggests that increasing carbon-dioxide levels won’t warm the atmosphere as much as we had previously thought. In 2007, the IPCC stated that concentrations of between 445 and 490 parts per million (ppm) of carbon dioxide were likely to result in a rise in temperature of 2° to 2.4° Celsius above the temperatures before the Industrial Age. The new data suggests that 425 to 485ppm would give a rise of 1.3° to 1.7° Celsius.

The Economist threw in plenty of caveats (“The two findings are not strictly comparable”; the data comes “from a draft version of the report, and could thus change”) but evidently felt the burden of reducing carbon emissions is not as onerous as it once seemed. “It is clear,” the paper declared, “that some IPCC scientists think the projected rise in CO2 levels might not have such a big warming effect as was once thought.”

As it turns out, it’s not just carbon dioxide that we need to worry about. US researchers have been mapping the gas leaks from pipelines in urban areas. Boston has more than 3,000 leaks in the pipelines that deliver gas to homes and industries. Preliminary data from Washington, DC indicates that the capital is just as prone to leaks. It’s of huge concern because methane is 25 times more potent as a greenhouse gas than carbon dioxide. If similar figures apply to every other major city with an ageing gas infrastructure, perhaps the chances of earth slipping into a runaway greenhouse effect need revising upwards.

We can be sure those figures won’t be in the IPCC report, however. As for the ones in the Economist, we’ll just have to wait and see. In many ways, it doesn’t matter: the numbers are out there now and will be put to work by those keen to make sure we don’t punish carbon emitters. Such a leak is not going to make governments feel inclined to do something about the problem – they can just keep their head in the clouds.