Mobility bars run through Stuart Hughes’s three-bed home. There’s a wet room too and an added downstairs toilet, each put there by his local council and social services as his osteo arthritis has worsened. Stuart, 53, has been in this house for sixteen years. There’s enough room for his two teenage sons; the eldest, 17, who lives here full time and his youngest, 14, who stays when Stuart’s ex-wife, who also has severe arthritis, doesn’t feel up to it. Both children are disabled themselves; the eldest has metal pins in both hips and both boys have mild to high functioning autism. 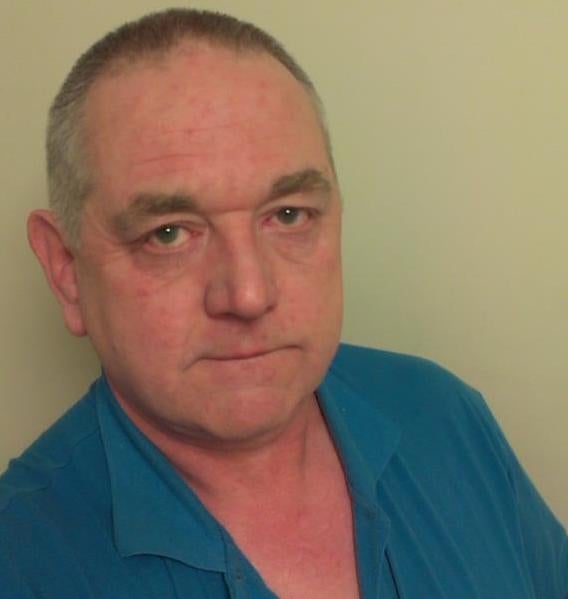 These details, however, are deemed as irrelevances under the “bedroom tax” policy and Stuart (left) and the children – judged as “under-occupying” – are now losing £10 a week. Living on an income that’s both fixed and low due to his disability leaving him unable to work, it’s obvious this is money Stuart doesn’t have. He’s fallen into arrears and the family have been given warning of eviction.

Wrexham council have now sent three letters informing Stuart of their intention to seek possession of his home. The first was sent only three weeks after the tax began – when Stuart owed just £39.80. Two more followed – the wording remaining the same and the figure owed increasing.

“I was devastated [when I received the letters],” Stuart tells me. “I already had a lot of stress in my life through everyday living with my health problems and four years of fighting to get my benefits… I just managed to get on top of my debts after all that and then to have the threat of losing my home…”

There was a lot of discussion pre-April about the possible damning effects of the “bedroom tax”; commenters lamenting the policy and the Department for Works and Pensions defending it. We’re now at the stage where those effects are becoming reality and, for people like Stuart and his children, this means debt and eviction threats.

Stuart shows me the letters; each including the words “warning of notice seeking possession” and “legal proceedings”. Both phrases are printed in bold black capitals, presumably in case the recipients – statistically the most vulnerable members of society – needed the warnings written in the most alarming, stressful ways possible.

These developments are particularly disturbing for people like Stuart – already dealing with ill health and having not only a natural attachment but fundamental reliance on his home. It’s also particularly galling for anyone trying to make sense of the point of the policy. The bedroom tax could be said to have two purposes: freeing up supposedly under-used social housing and, as a bonus, making savings for cash-strapped councils. As in thousands of cases, here Stuart is being penalised for not using rooms that he is in fact using. Meanwhile, public money has been spent on adapting a home that a disabled person is now being pushed to leave – presumably only to pay for another to be adapted.

“[There] are hardly any smaller properties available,” Stuart tells me. “I couldn’t afford to move anyway,” he adds.

Illness, disability, poverty get in the way of life, and indeed, policies. When the policy is adopted regardless, the consequences – moral and practical – are predictably damaging.

Report after report is starting to come in of councils around the country announcing vast numbers unable to pay their rent, from Cambridge to Manchester, from Leeds to East Ayrshire. In the latter case, 75 per cent of tenants are now in arrears.

In order to hold off being evicted, Stuart was forced to borrow money from his ex-wife; herself struggling. As Stuart’s more than aware, it is very much a matter of holding off the threat of eviction rather than stopping it. After making the payment he was immediately back in arrears as the next instalment was due. He now has to find money to make up each week’s extra rent and pay back the money he borrowed to pay last month’s.

Nothing changes. The bedroom tax will come in every week and Stuart will still be disabled and unable to pay.

“I don’t know what I’m going to do in the winter,” Stuart says. “I don’t think I’ll be able to afford to put the heating on.”

He’s going to hospital for an operation this week; the first of his knee replacements. He doesn’t know if another eviction letter will be waiting for him when he gets home.

Certainly, Wrexham council have been enthusiastic in their implementation of the bedroom tax but they’re doing no more than what the Government has asked. This was always a policy that was going to hit the poor and disabled hardest. It would be disingenuous for anyone to start acting surprised now. The unknown territory is where this is heading. We’ve had stage one: Government implements the charges. We’re now entering stage two: the threats of eviction when people are unable to pay. The question is what happens during the third stage, when arrears get bigger and bigger but nothing can be done.

Smaller properties, ones with or without adaptations, are not going to magically appear. People, stretching benefits and low wages to pay for food let alone extra rent, are not going to suddenly be able to pay.

It remains to be seen if and when eviction letters will turn into evictions – and which council will decide it wants to be the first to put a family like Stuart’s on the street.