Recently I read some advice on dealing with a toddler’s tantrum. Try to ignore it, was the suggestion, by walking into another room. If ignoring doesn’t work, say something like “Time to stop now – I’ll count to 10”.

Much of the press seems to be belly-down on the supermarket floor, punching the linoleum, kicking out and screaming WAAH WAAH BUT I DON’T WANT TO BE REGULATED. Ignoring hasn’t worked, so . . .

ONE – The lack of self-reflection is truly staggering. The Leveson process is not something which was done to us. Nobody woke up one morning and thought “I know what I’ll do today – curtail the freedom of the press.” This is something entirely caused by the industry being, on the whole, out of control; engaging in occasionally illegal and often unethical practices. Take responsibility.

TWO – We had several chances at self-regulation which was not independently assessed and externally supervised. We made a complete arse of it. To ask for yet another round of the same sounds like an abusive alcoholic promising never to beat their spouse again, bathed in the light of the X-rays of their partner’s latest fractures. The credibility, goodwill and trust necessary for self-regulation to work are just not there.

THREE – Attacking the individuals involved in the Hacked Off campaign with ad hominem and below-the-belt articles, only serves to prove the point that regulation is necessary now as much as ever. It is like waiting round the back of the school to beat up the kid who reported you for bullying. Publishing articles illustrated with Hugh Grant photoshopped to look like a pig only serves to make journalists look stupid and petty. Not to mention that, annoyingly, Grant makes the whole porky thing work and is still pretty sexy as a pig-man. 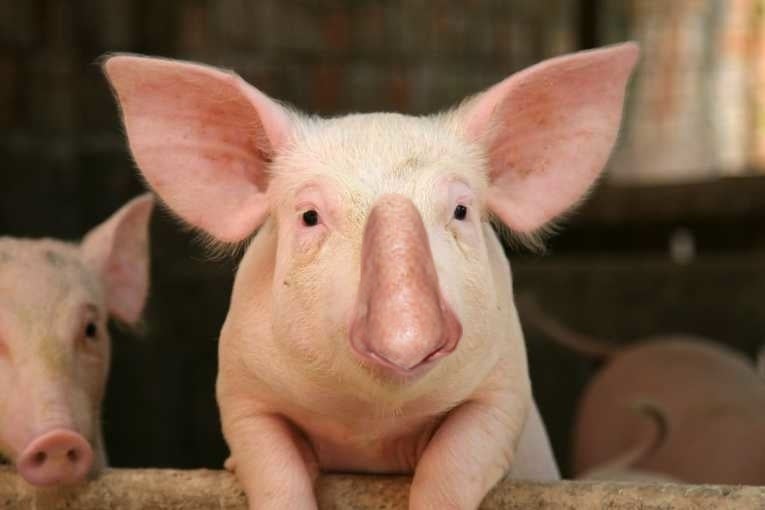 For comparison, here is a pig with the nose of Hugh Grant.

FOUR – Regulation of professional standards is part of modern life. Embrace it. Every profession on the eve of regulation has warned that it will be destroyed be it. None, that I can think of, has. Many have been reputationally enhanced. We keep complaining that we are crowded out by social media and blogs. A system of kitemarking quality, standards and ethics could be the unique selling point the industry desperately needs.

FIVE – Publications owned by Murdoch, the Barclay brothers and Lord Rothermere complaining that the Hacked Off campaign has secretly lobbied politicians is off the irony scale. Hacked Off’s agenda is completely public. They are saying what they have been saying all along, to anyone willing to listen. To claim that this somehow is tantamount to, for instance – a secret and unminuted tea date or dinner party with the Prime Minister on the eve of launching a huge takeover bid – is ridiculous.

SIX – If you wish to preserve your independence, you could start by demonstrating it. For example, you could do a hard-hitting piece investigating how and why David Cameron has arrived at his current position after promising to implement the Leveson proposals in full, unless they were “bonkers”. By not taking up the opportunity – because it is against the industry’s interests – and toeing the editorial line, you demonstrate the opposite of independence.

EIGHT – Listen to your professional union. “It is hugely ironic that those owners and editors who vehemently opposed Leveson’s recommendations for an independent regulatory system, have so lost perspective in the collective hysteria that has gripped them in recent months, that they’ve colluded in a Royal Charter fudge that could risk opening the door to future political meddling in our press.”

NINE – Understand change. Invariably the players who do best in a situation where change is necessary are the ones who accept it the earliest and get involved in contributing to how it might best come about. Heckling and sulking is the worst possible strategy in a climate where public opinion is overwhelmingly – and rightly – in favour of change.

TEN – Most importantly, please stop suggesting that campaigners, by allegedly bullying politicians, have “become what they despised”. First, this involves an admission that the industry does bully politicians.

Second, you may intend to aim the slur at Hugh Grant, but the buckshot hits people like the Dowlers and the McCanns and Chris Jefferies – and they have suffered enough in this industry’s hands.