Pope Benedict XVI may be resigning, but one of the things that’ll stay with us is his enduring sense of style. His tastes in hats was always, ahem, catholic: 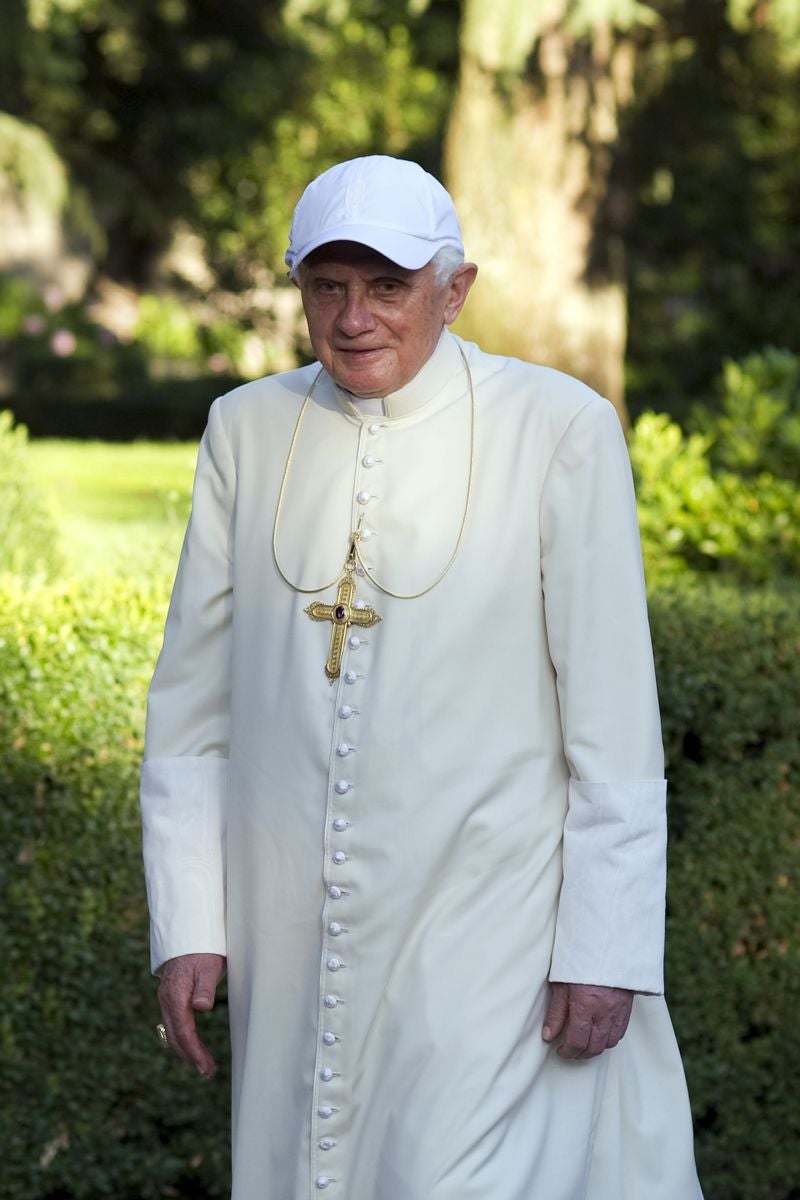 And often had pizzazz: 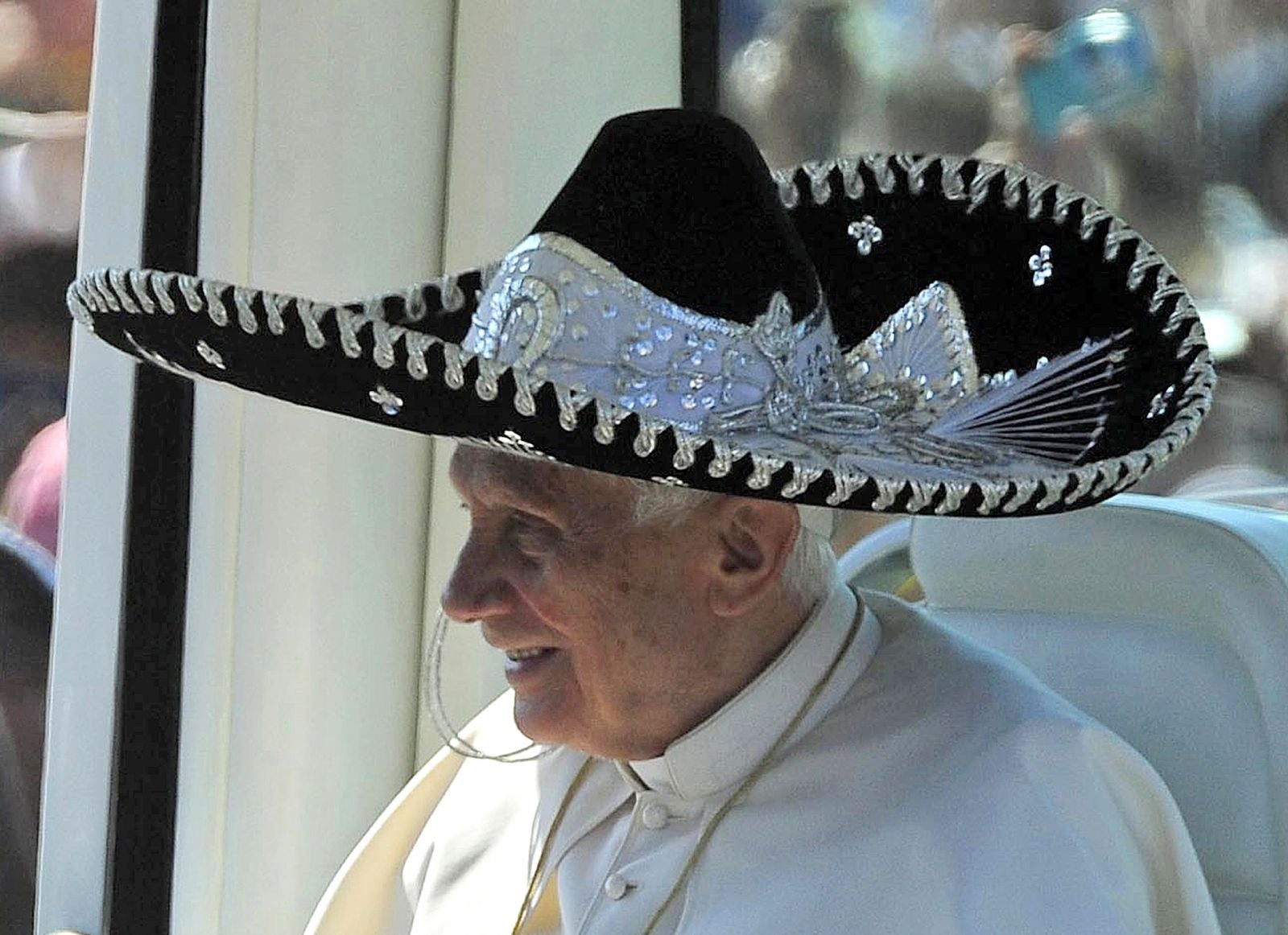 (It’s important to stay safe in the sun.) 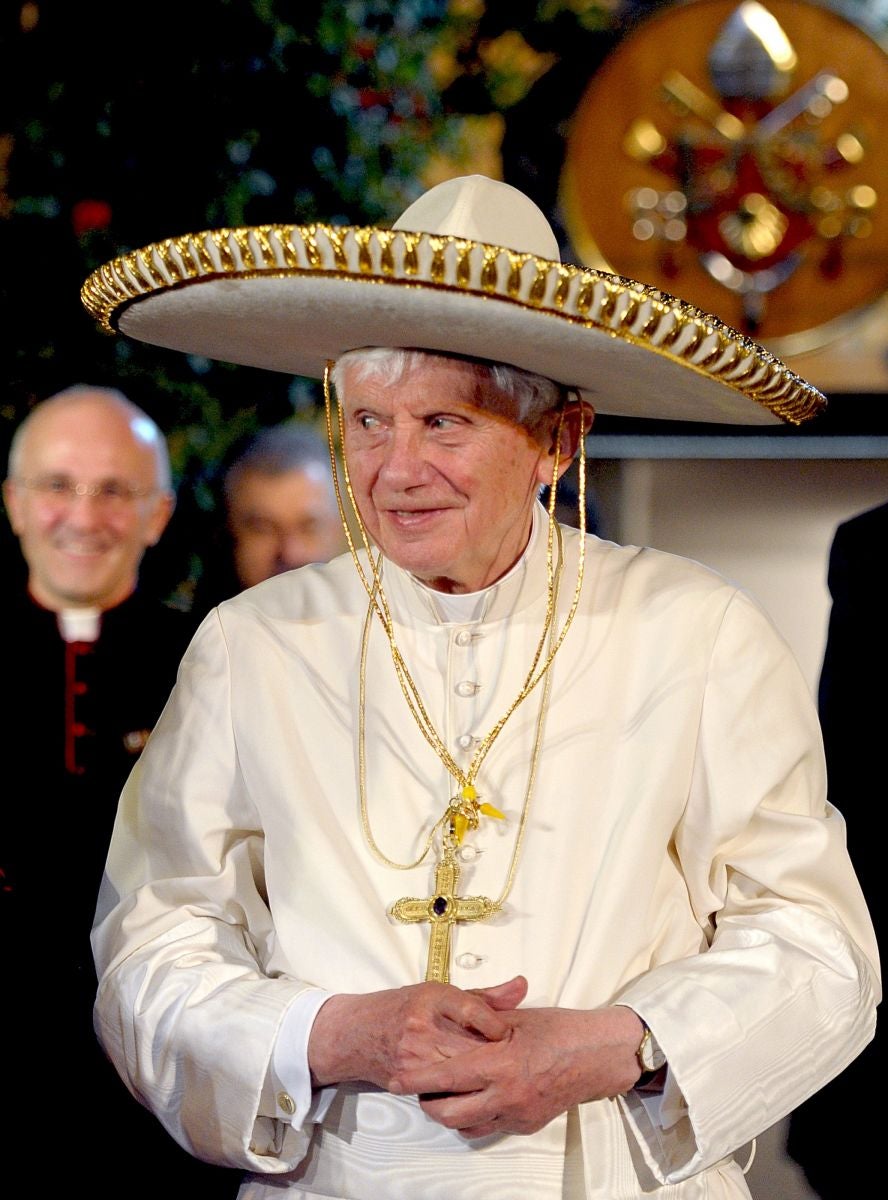 But despite his adventurous style his entourage was always trying to make him “push the boundaries”: 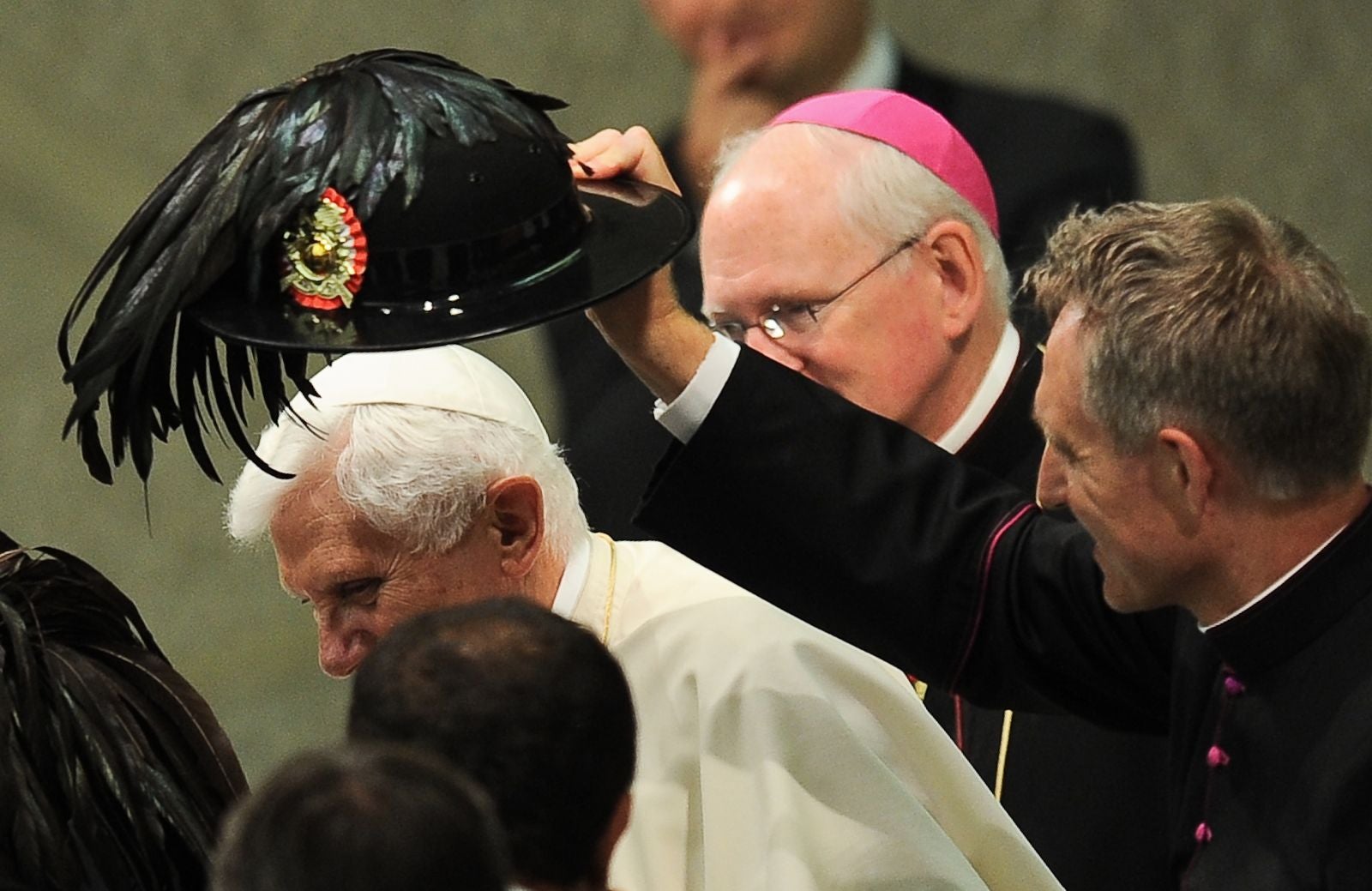 Which he often did: 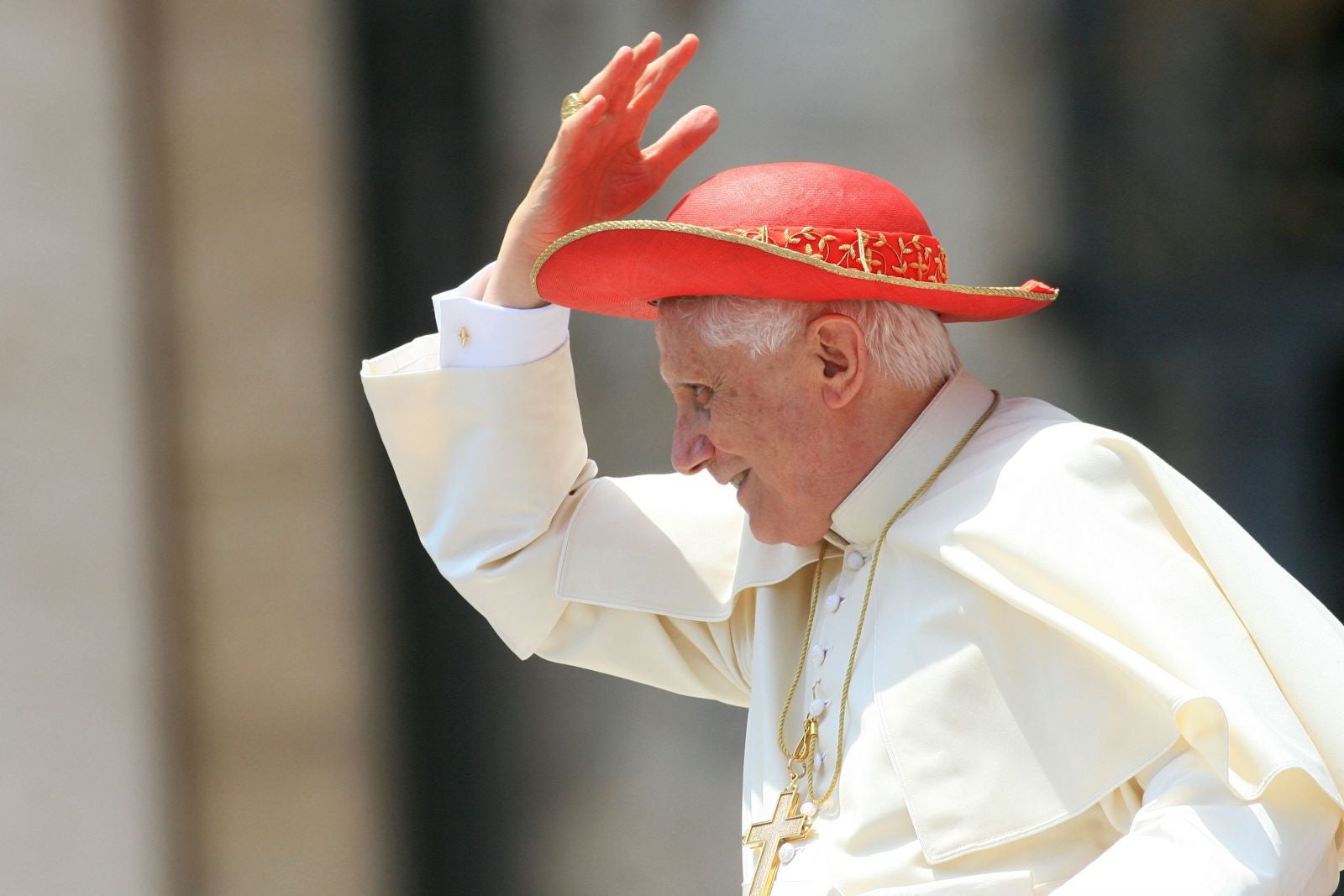 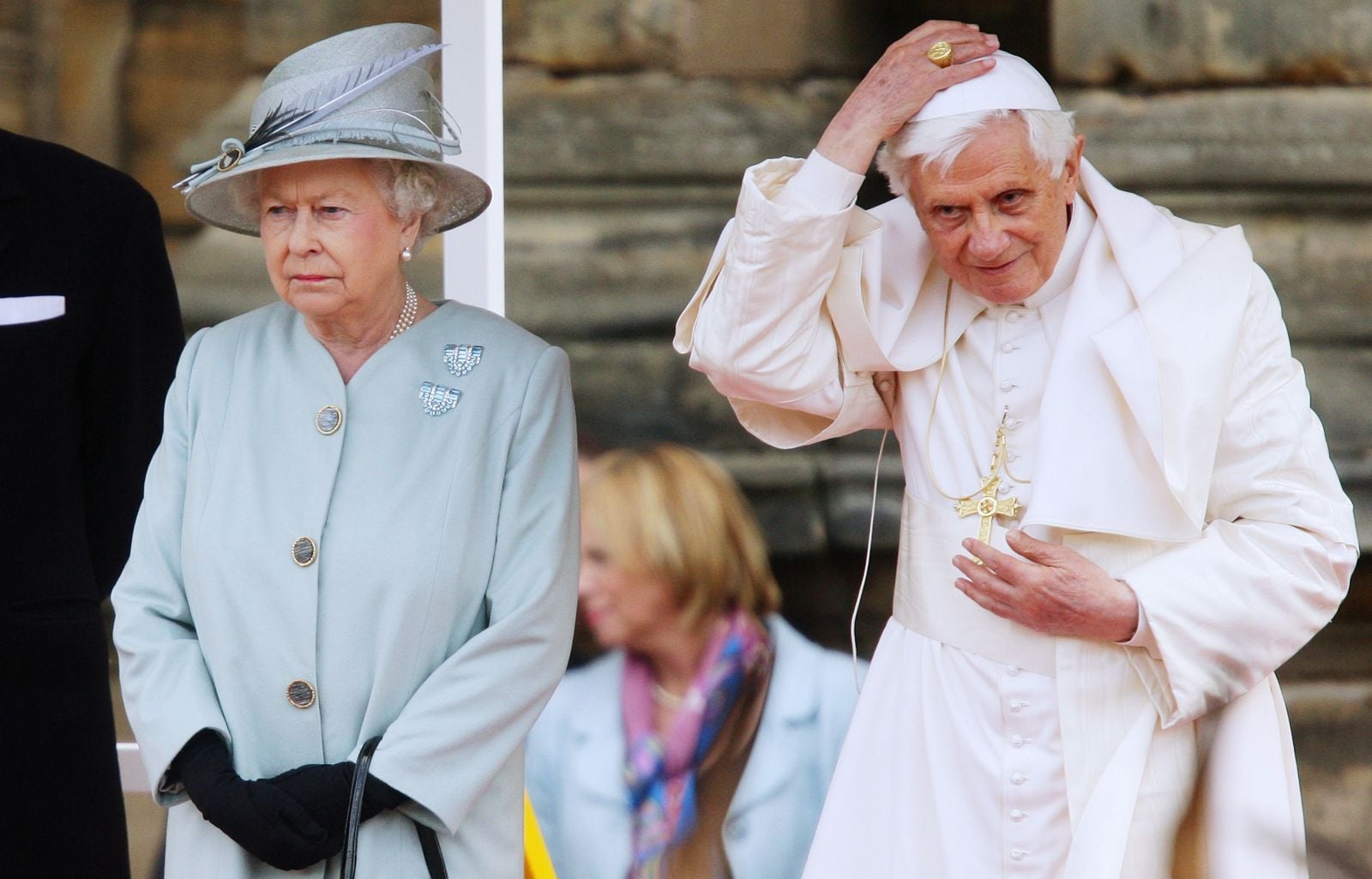 And if he ever got stuck for inspiration, he would ask himself “what would Jesus wear?” The answer of course, is “probably a picture of his own face, like this one”: 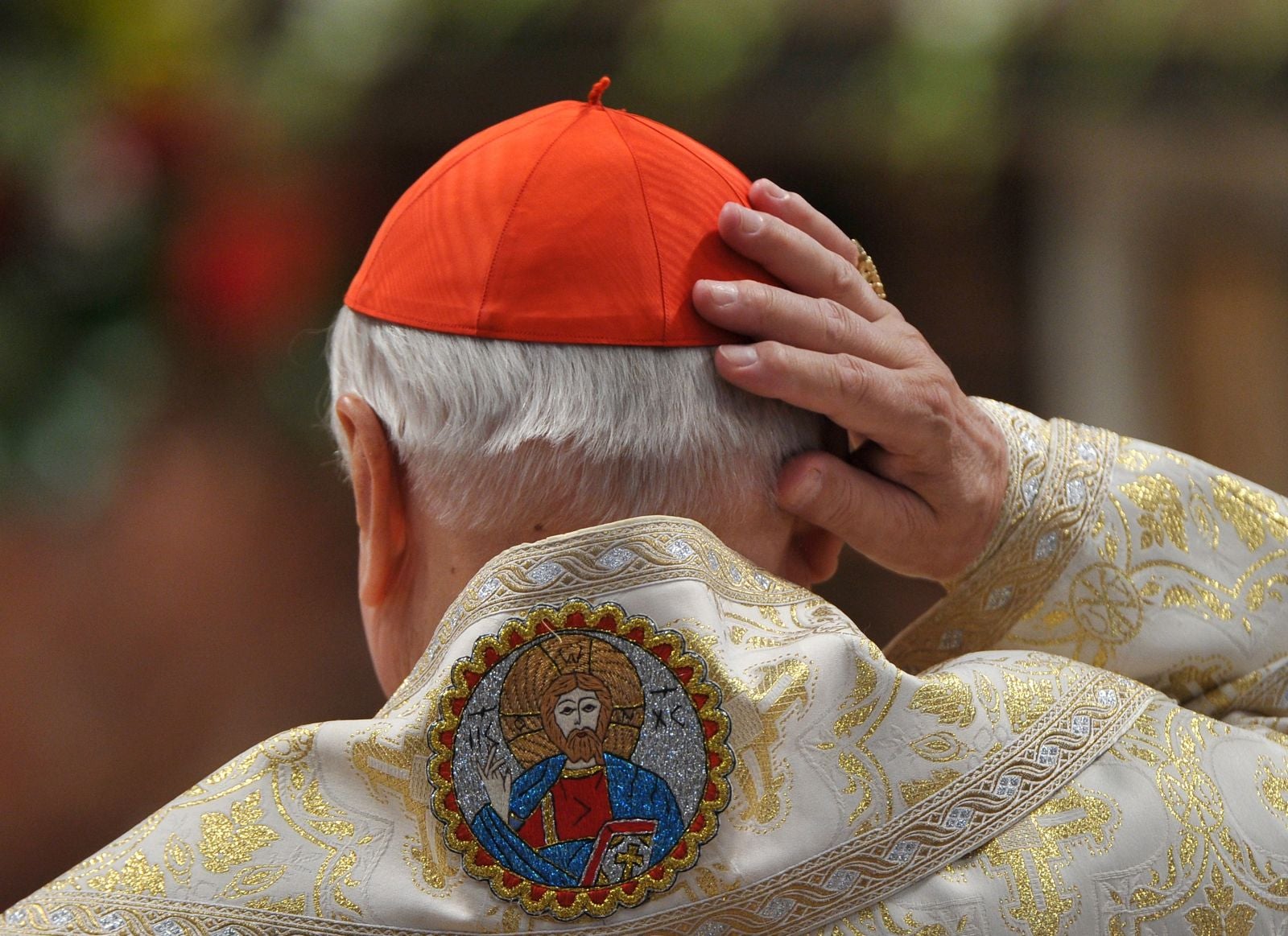 And even when things went a little wrong… 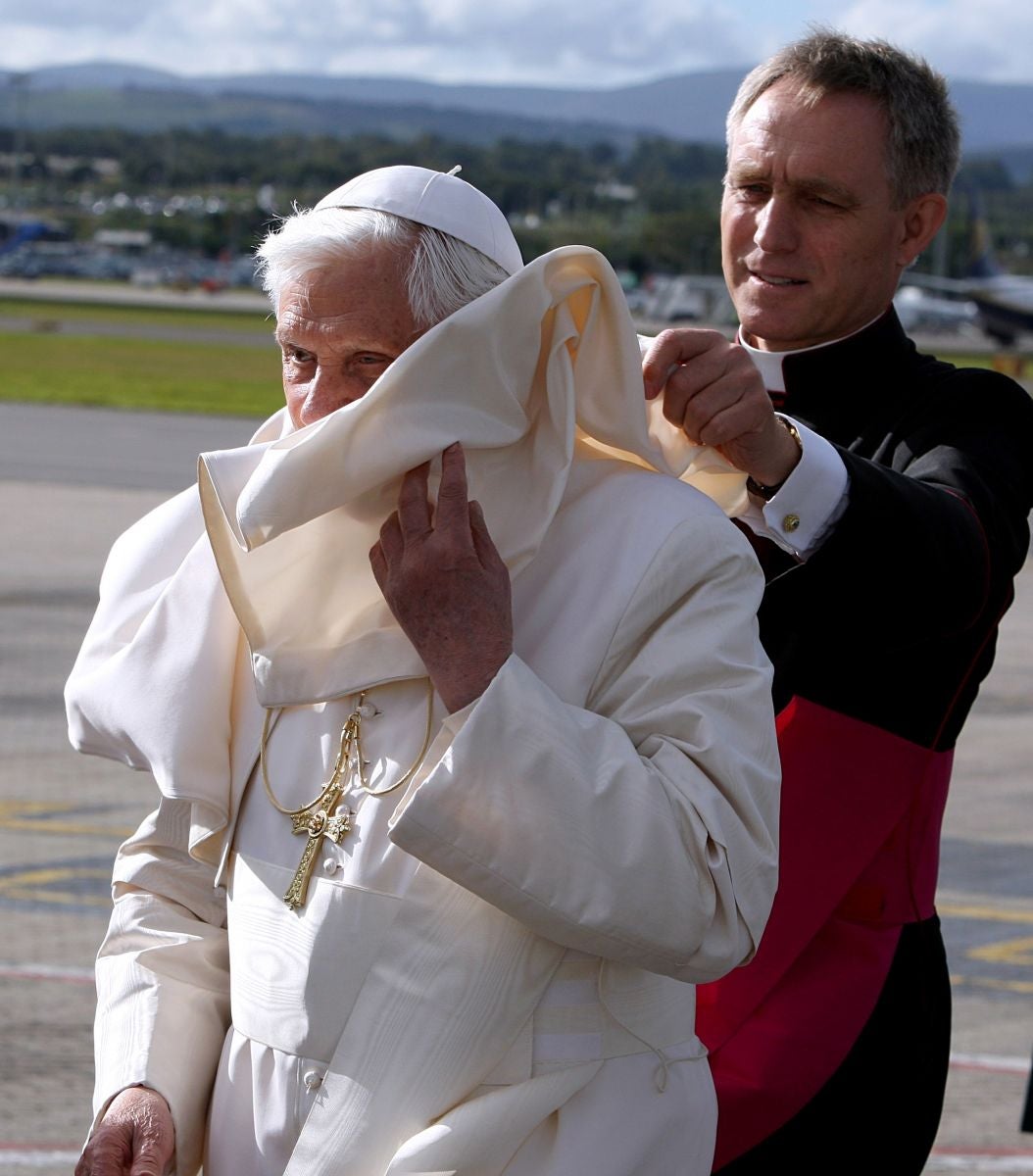 And continued to go a little wrong… 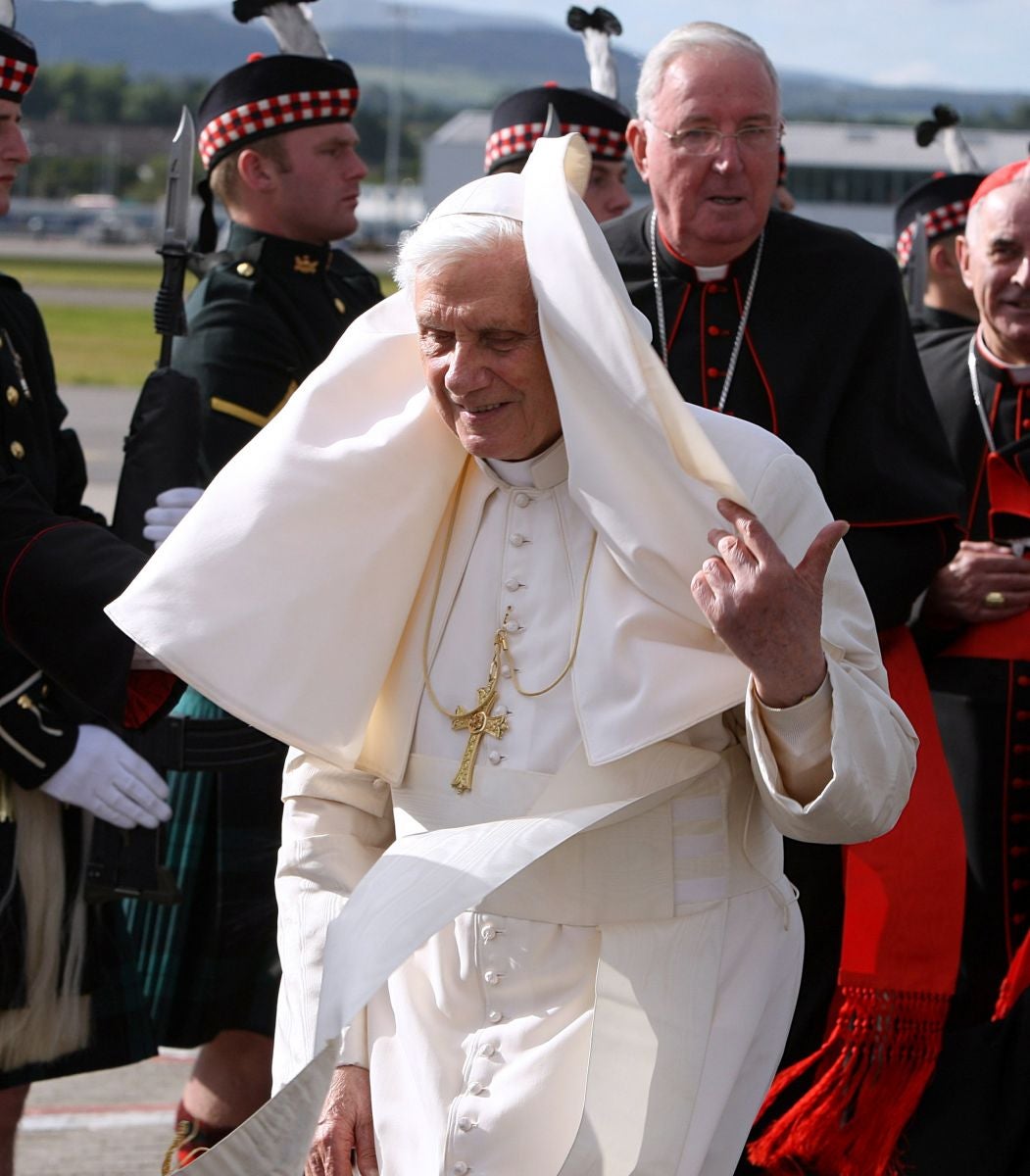