The FT has an incredible front-page opinion piece today. The print version has the headline “G-Dawg splashes out tax cuts like P Diddy with Dom Pérignon in his blingiest giveaway”. Really: 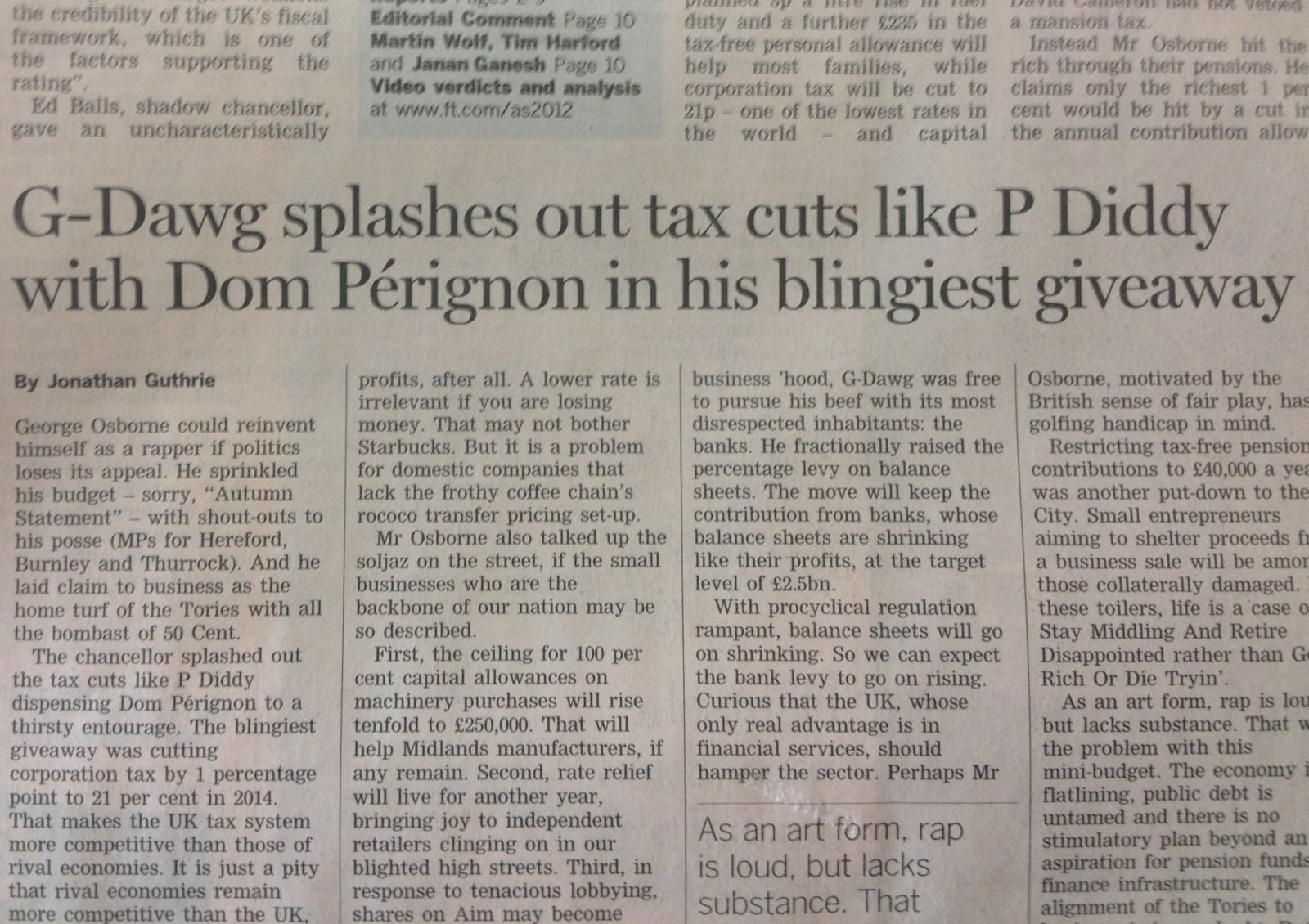 The actual piece – which I so wanted to just cut and paste, because, wow – has more:

George Osborne could reinvent himself as a rapper if politics loses its appeal. He sprinkled his Budget – sorry “Autumn Statement” – with shout-outs to his posse (the MPs for Hereford, Burnley and Thurrock)… Giving back to his homies, the chancellor splashed out with tax cuts like P Diddy dispensing Dom Pérignon to a thirsty entourage…

Mr Osborne also talked up the soljaz on the street, if the small businesses who are the backbone of our nation may be described thus…

Having laid claim to the business ‘hood

– A short break here to point out that marvellously, even when writing in faux-hip-hop slang, the FT style guide still insists on a leading apostrophe in the word “hood” –

Having laid claim to the business ‘hood, G-Dawg was free to pursue his beef with its most disrespected inhabitants: the banks…

For [small businesses], life is currently a case of Stay Middling And Retire Disappointed rather than Get Rich Or Die Tryin’.

As an art form, rap is loud, but lacking in substance.

That was the problem with Mr Osborne’s Autumn Statement too… To critics, Mr Osborne still resembles Boy George more than 50 Cent.