Kelvin MacKenzie doesn’t understand why he’s being picked on:

“Liverpool fans didn’t turn on other media, only the Sun. That has always puzzled me. Was it picked out because the paper had always backed Thatcher, while the city had always been pro-Labour?”

See if you can spot the difference between the Sun’s front page on 19 April 1989, and those of other newspapers. The only one which comes close to repeating the allegations of the police was the Daily Express, which accurately reports them as just that – allegations. The Sun makes no such hedge: 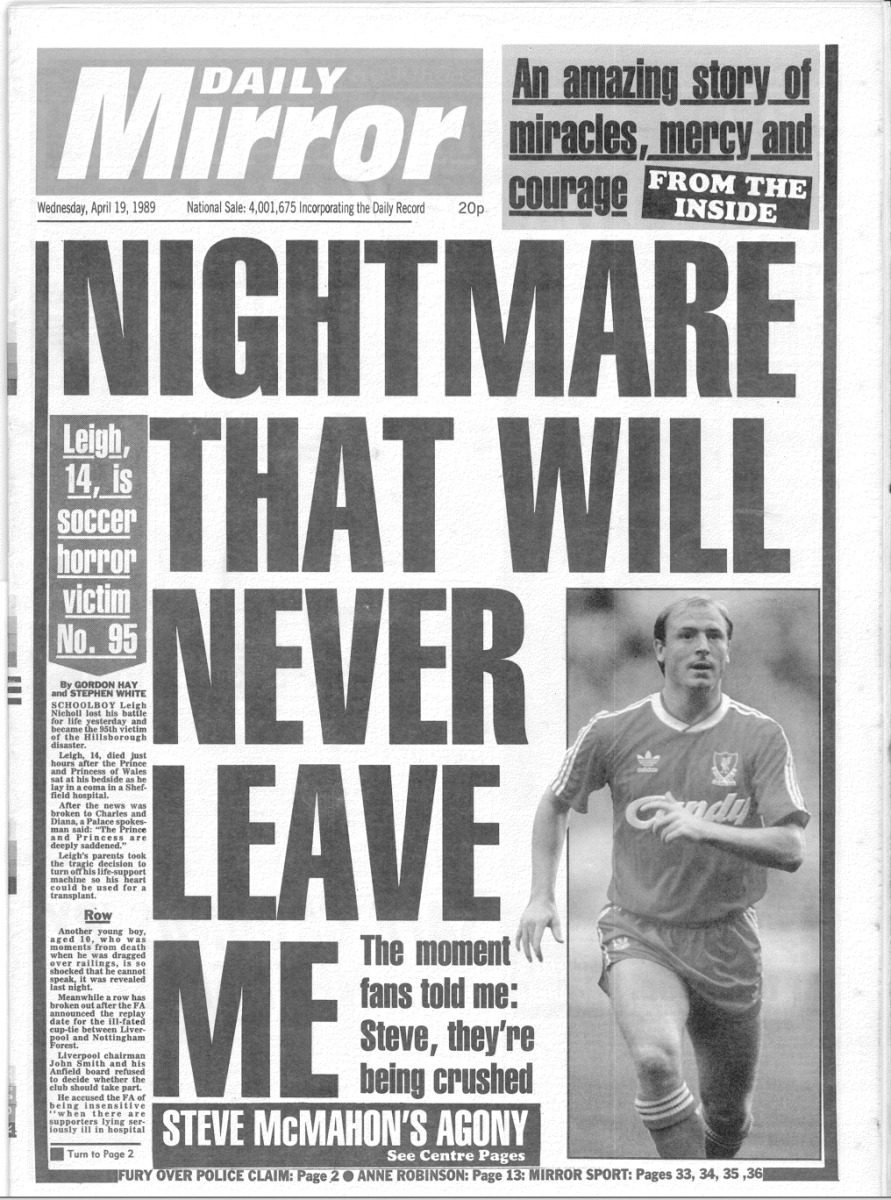 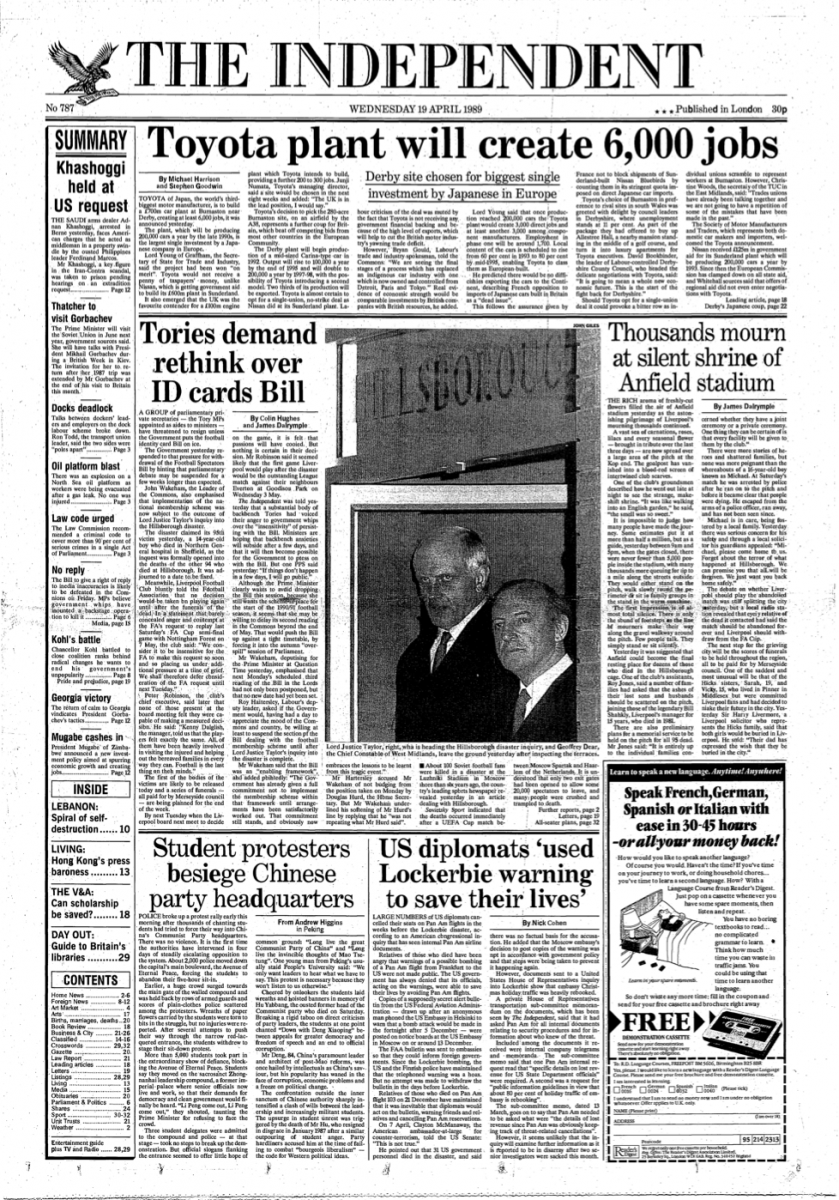 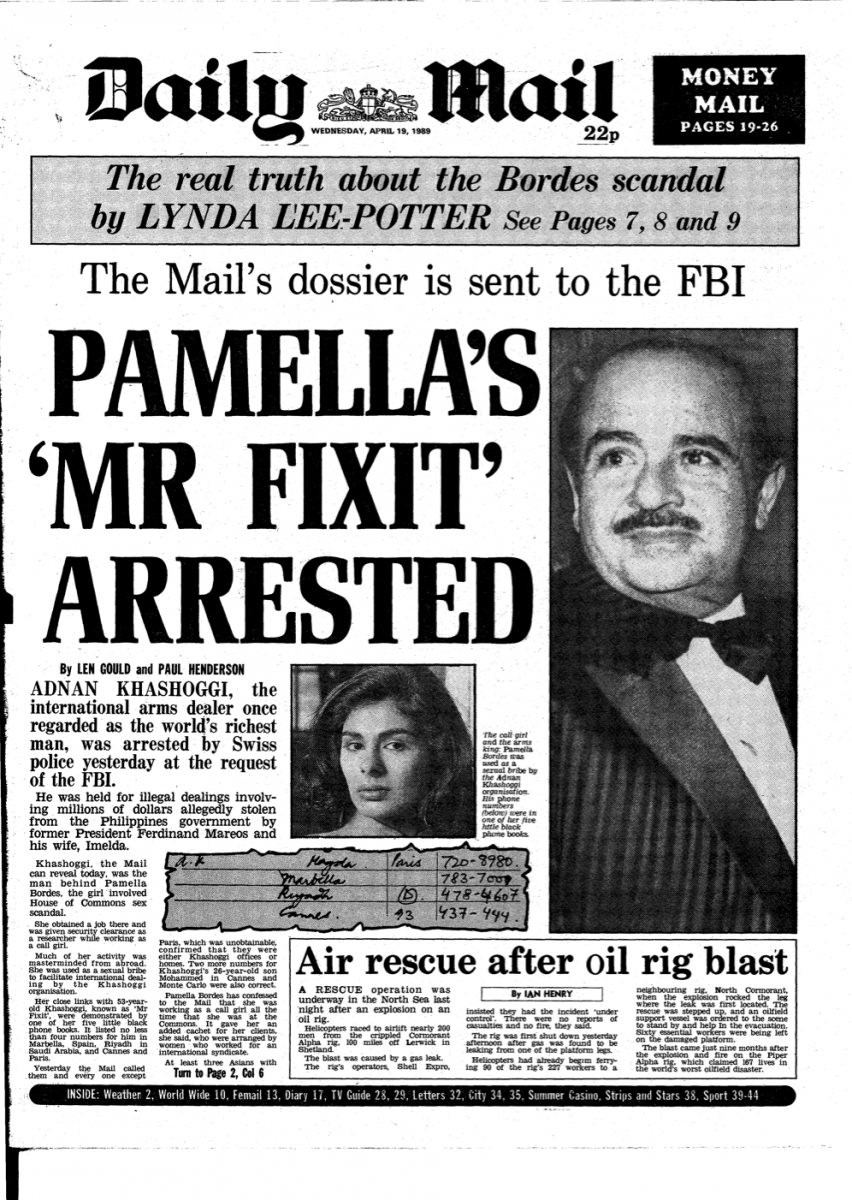 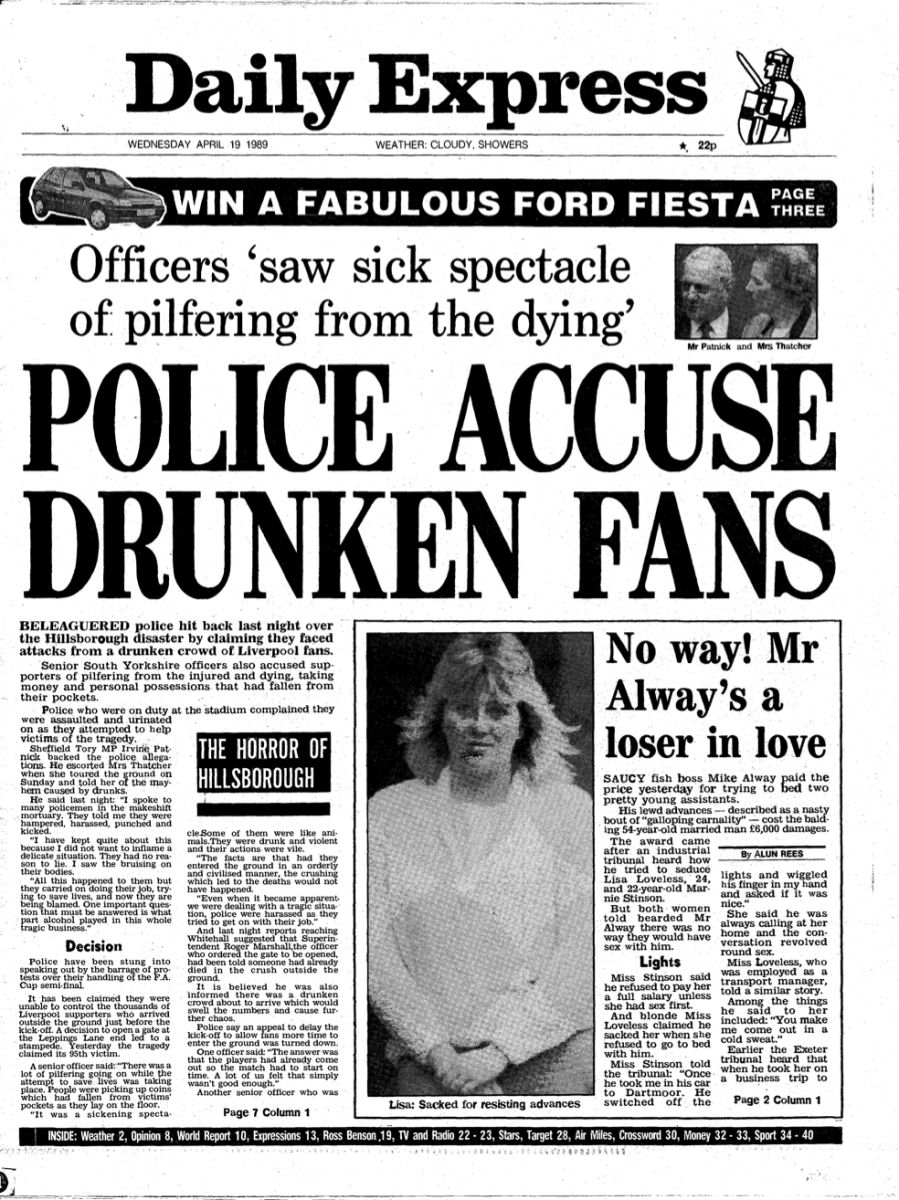 So, Kelvin, do you really think it’s political?