When the Daily Mail declares that Nick Clegg is planning to “soak the middle class“, before adding that the Deputy Prime Minister “wants to hit millions earning over £50,000 with higher tax bills”, you could be forgiven for assuming that the former does not refer to the latter. 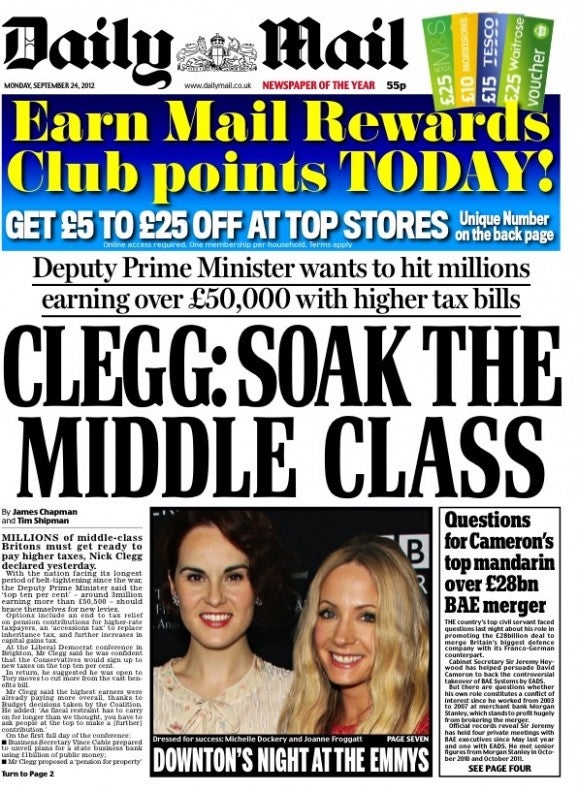 As the Office for National Statistics reported last year, the median full-time UK salary is £26,200. Those who earn at least twice as much (as only 10% do) are not, despite the Mail’s protestations, entirely representative of the country’s middle class. Nor are those whose homes are worth than £1m (as just 3.1% of properties are) easily identifiable as standard bearers of the “squeezed middle”. Yet nowhere in its account of the Deputy Prime Minister’s holy war against the “middle class” does the Mail find room for such details.

In his interview on the Today programme this morning, Clegg rightly declared: “don’t dismiss 90% of the country … 90% of people in the country would think a salary of £60,000, £70,000, £80,000 is a considerable amount of money” (many of them Mail readers, one might add). Until the media realises as much, our political debate will continue to be distorted by statistical illiteracy.