The National Republican Congressional Committee is running a petition campaign against the Affordable Care Act (also known as “Obamacare”). Promoted on twitter with the hashtag #IWantRepeal, the NRCC asked supporters to sign up on their website with their first name, last name, address, email and twitter handle.

As an added incentive, they had a livestream set up, so supporters could see their petition being printed off in real time.

In hindsight, it was perhaps asking for trouble. Because soon enough, the internet found the site. 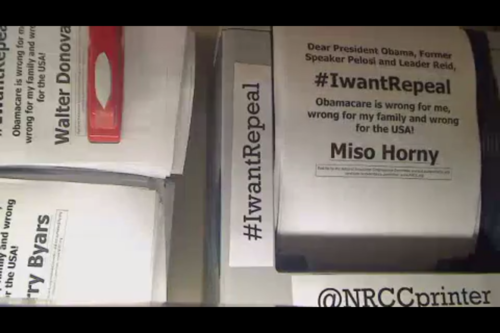 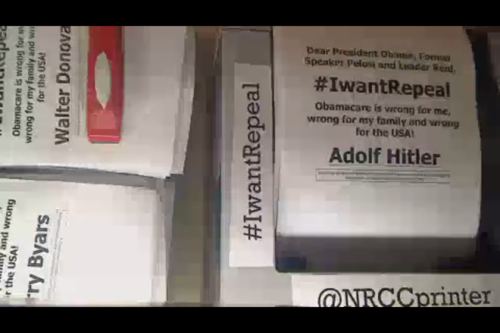 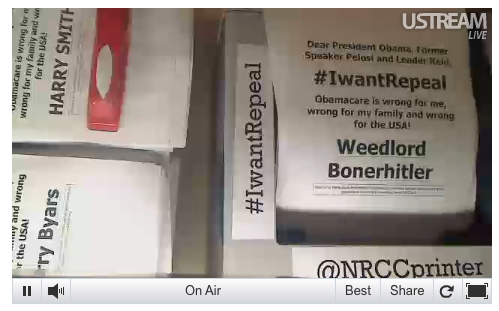 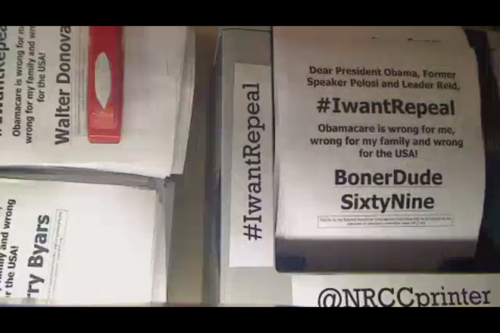 At times, a hand came into shot, pulling false names out of the pile: 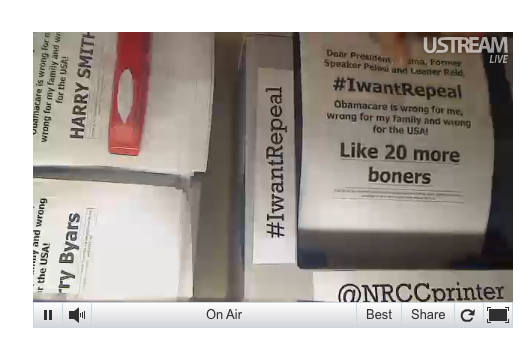 But eventually, even the faceless trollfighter was overwhelmed. The printer stopped – maybe on purpose, maybe because it had just run out of paper – and one final fake (sounding) name was left: 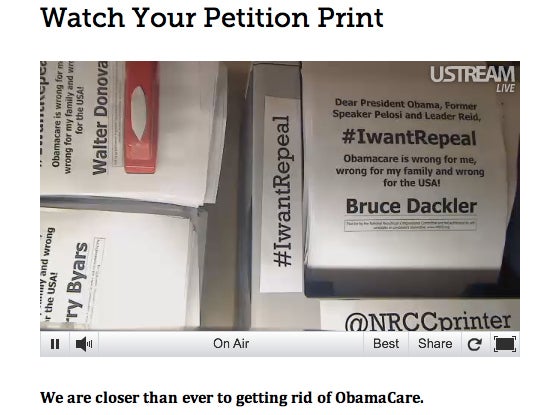