The first two tweets on my Twitter feed more or less sums up the social network’s reaction to the Supreme Court’s decision on healthcare:

With the benefit of a whole ten minutes to take stock, it appears zerohedge, although beaten by a tenth of a second, were more accurate (a strange world we live in). Bluntly, it is not possible to read an entire court ruling in ten seconds. The desire to be first led many tweeters to take the first mention of the individual mandate – the requirement that Americans buy healthcare if they can afford it – as gospel.

It wasn’t just on twitter, however. CNN messed up bigtime:

Can anything save the French left?

Michel Houellebecq and the soul of France 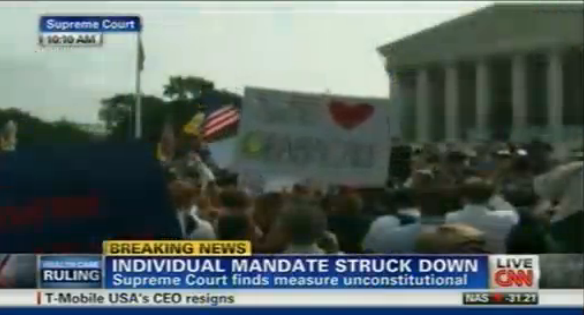 And Fox News were just as wrong on their website: 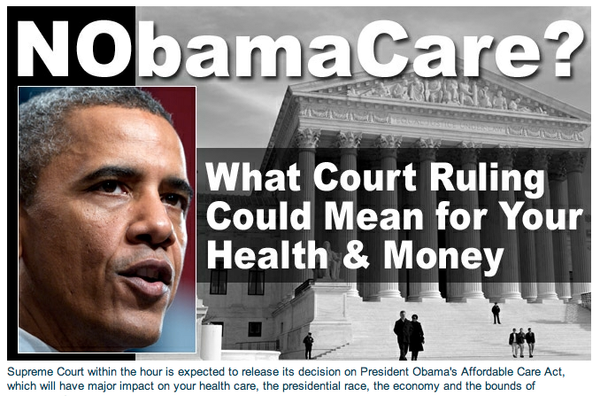 So how did the confusion come about? The issue at stake was thought to be whether the mandate is allowed under the commerce clause of the US constitution. The federal government is allowed to regulate interstate commerce, and Obama’s lawyers argued that mandating the purchase of healthcare fell under that. The supreme court, however, disagree, ruling that the mandate is not allowable under the clause.

This appears to have been where CNN stopped reading. Unfortunately, they didn’t make it to the next bit. Since the only penalty for not buying insurance is a fine, a majority of the court held that the mandate is in effect a tax on not having healthcare – and thus allowable under the federal government’s power to levy taxes. Amy Howe of SCOTUSBlog sums it up:

The Court holds that the mandate violates the Commerce Clause, but that doesn’t matter b/c there are five votes for the mandate to be constitutional under the taxing power.

Well, this is all v confusing. I know! Let’s WAIT THIRTY TO FORTY SECONDS BEFORE TWEETING IT AND THE WORLD WON’T END #scotusblogorwhatever

Shows how ridiculous the race to be first is getting. Time to rethink? Or at least give a five-minute embargo?

CONFIRMED: No one can interpret dense legal opinions in a matter of seconds #scotus

On the positive side, CNN was first.

BREAKING: @CNN reports European leaders have finally agreed a deal to save the euro

Now that the ruling has been released, we can see how CNN’s error happened. They read up to halfway through page three, where it says “The individual mandate thus cannot be sustained under Congress’s power to “regulate Commerce.”” If they’d read to page four, they would have seen “the individual mandate may be upheld as within Congress’s power under the Taxing Clause”. 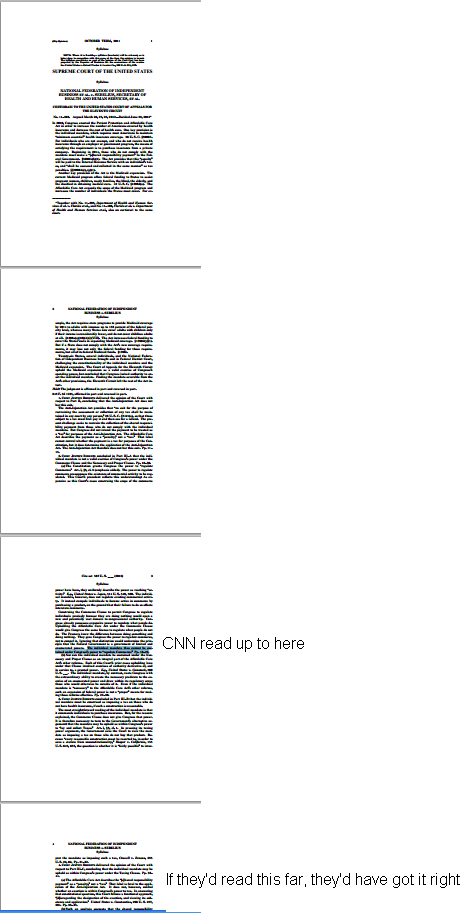