Apparently the toy company Bandai has hired “the worlds first feline security guard”. The cat, “first spotted around the factory. . . was hired immediately for her sentry qualities” and will be “paid in cat food and fish”, according to Mischief PR.

“With deliveries coming in thick and fast ahead of the stock being shipped to retailers across the country, the toy company felt the need to step up security,” they say.

Blah blah blah… Pictures of a cat dressed up as a security guard?! Sold: 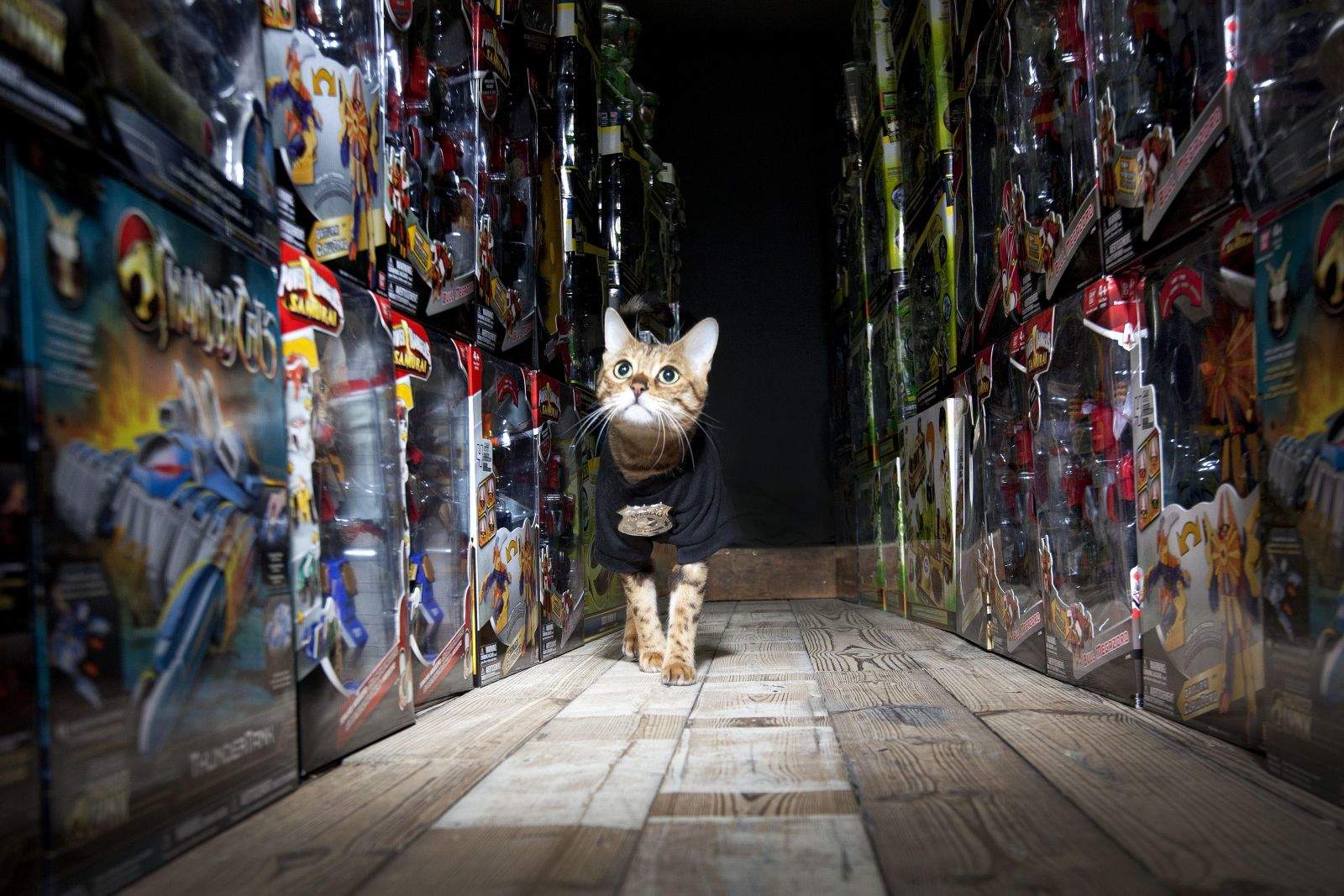 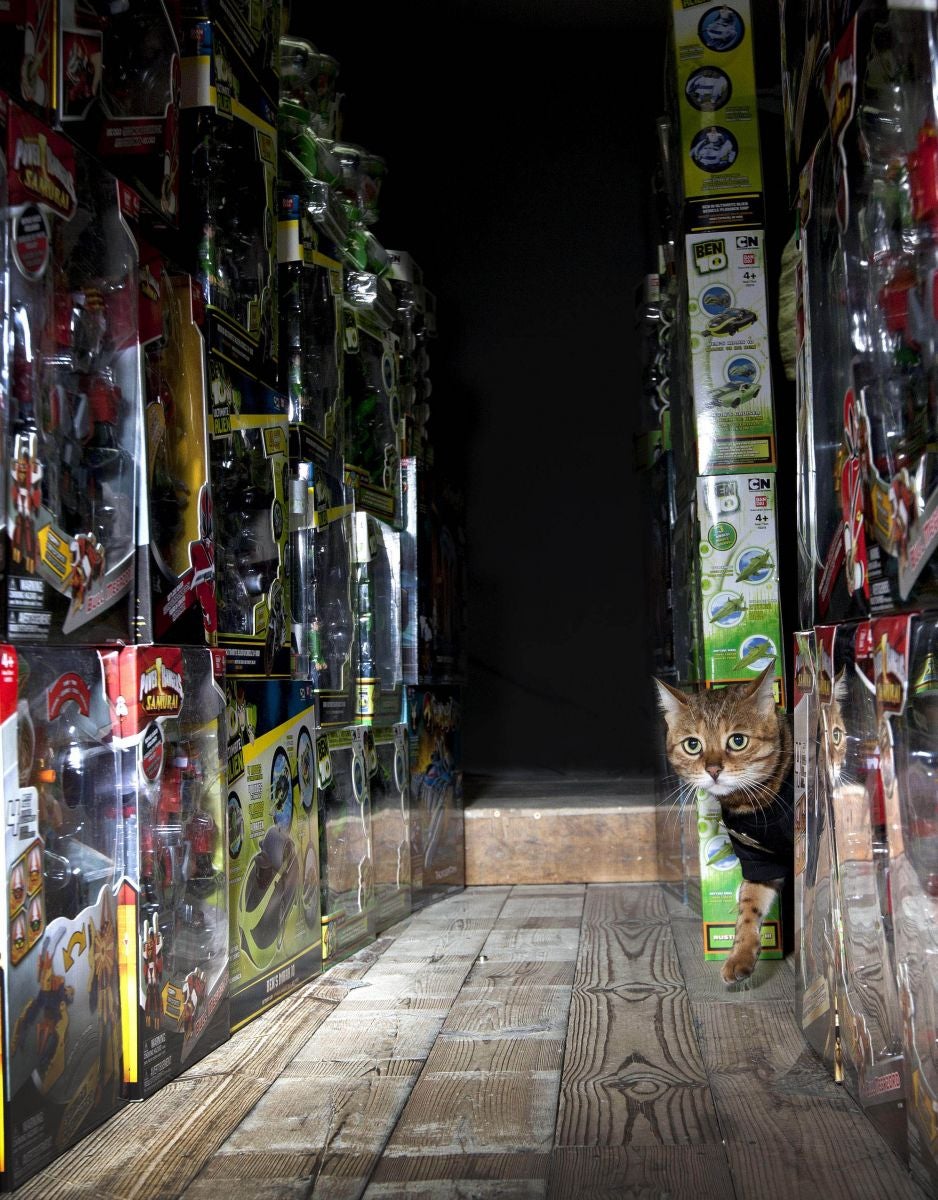 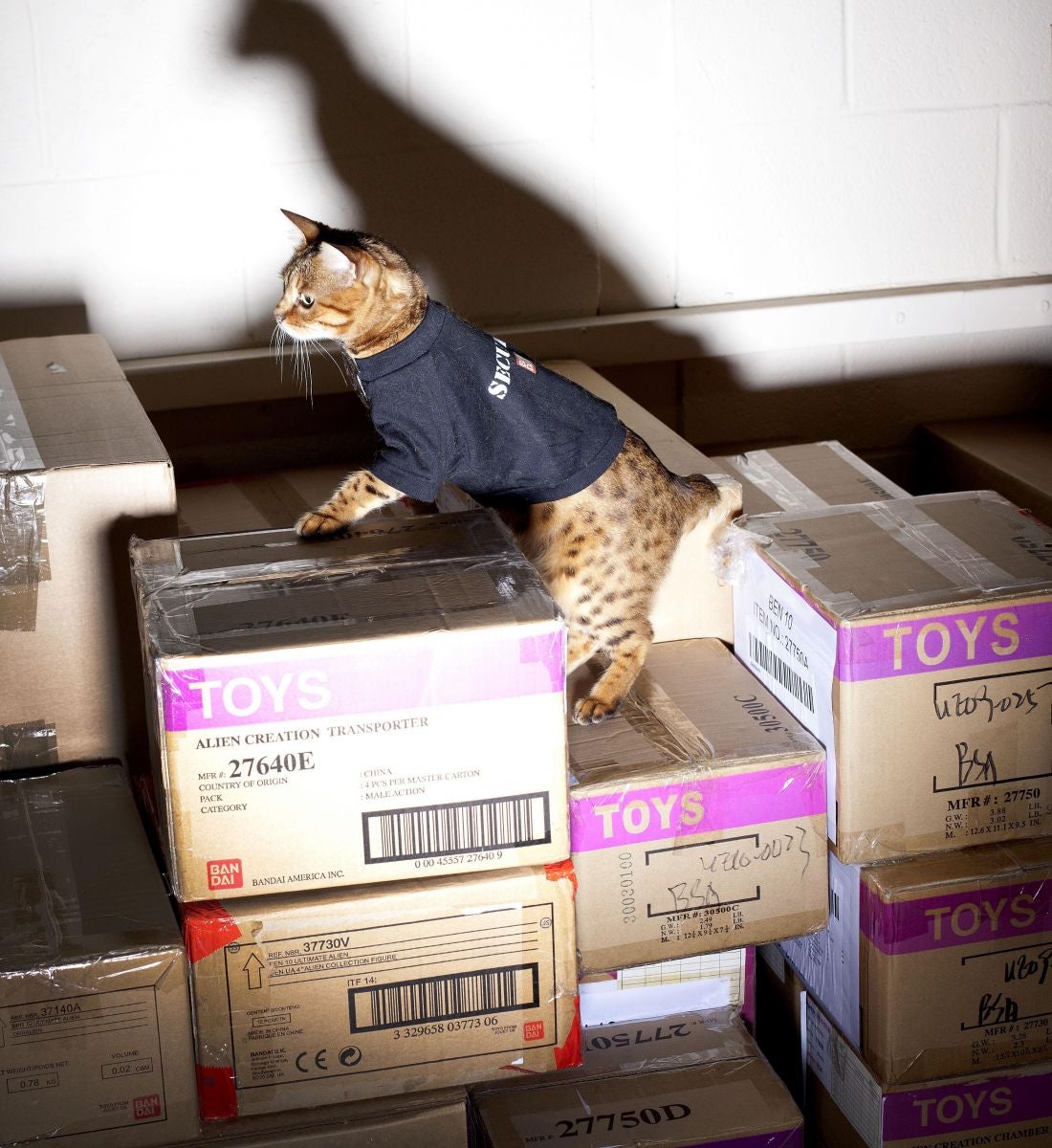