“My face! My FACE. My face…” The US army infantryman JR Martinez remembers the moment he was hauled out of a burning Humvee in Iraq in 2003, in a new podcast using eyewitness accounts by young veterans. “I can see the skin melting off my hands,” he says. Time slowed as they burned. There’s an evident trust between Martinez and his interlocutor, the Vietnamese-American host Thom Tran – who in a previous incarnation had also been a soldier and took a bullet to the head in Iraq.

Their conversation is open, bawdy. Many details are memorable. Tran says that he can’t drink soda any more, having watched it being used to clean human guts from vehicles. A female medic recalls processing between 3,000 and 4,000 bodies of the US army war dead, returned to America from Iraq and Afghanistan. They were pathetically young. One of her jobs was to remove trace fluid from their lifeless eyes for toxicology reports, something she found increasingly hard to do.

By the time Martinez describes how an older soldier rocked his burned body to comfort him while waiting for the medevac (“You gonna be fine baby boy,” he said, though “the look on his face didn’t support the words”), you comprehend something that the peerless 2010 documentary Restrepo already established: that direct testimony is the form when it comes to modern war. Not an epic poem, not a novel; certainly not a movie in which people run around excitingly with guns. The decline of fiction and the rise of technology, leading to a Ballardian world where everybody records themselves continuously, has in part taken away the pressure of having to hold an artistic position. “I’m anti-war. This is a mess.” Of course it’s a mess.

Battle Scars is frequently appallingly vivid. There are moments and observations that made me think of Keith Douglas describing an endless tank battle in his memoir Alamein to Zem Zem, or Ernst Jünger’s ashen confusion in Storm of Steel. As consumers of such potent first-hand accounts, you think, “I can’t take any more,” while knowing you’re obliged to take more. Had enough, have you? Here’s more. It’s the least you can do. And it hurts. 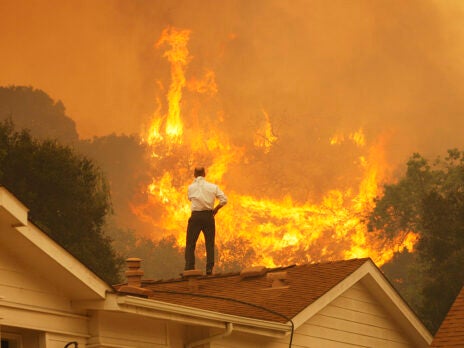 BONUS EPISODE: Will the world end its addiction to growth? With the Club of Rome

This article appears in the 29 Nov 2017 issue of the New Statesman, The most powerful man in the world