In April 1948, as he looked about him at Derry & Toms department store and elsewhere, the writer John Brophy noted, “Quite a number of the original upper middle class Kensingtonians survive”. “All over 60, now, some over 80. Most of the men are bewildered and defeated. The old ladies are invincible. Neither rationing, queues, the disappearance of servants, nor heavy taxation and the lowered purchasing power of money gets them down: the unforeseen bad times gives them something to talk clichés about.” These old dears mainly took their meals in restaurants, talking to each other across the small tables “as though from mountain top to mountain top”. They were also, observed Brophy with grudging admiration, “quite unscrupulous”: “They were born to privilege, and in the days of their decline they fight for it. Given half a chance, any one of them will sail in ahead of the longest bus queue.”

During those difficult years after the Labour Party’s landslide victory in July 1945 – years of daily austerity almost worse than during the war itself – it sometimes seemed that the middle class, comprising at most a quarter of the population, grumbled for England. Take two correspondents to the Evening Standard (the most upmarket of London’s three evening papers) in April 1947. “Before the war,” complained one, “we could afford to go abroad for holidays. Last year we imposed ourselves upon relatives. We used to play golf, tennis and badminton. How can we afford them now?” A grammar-school master was only marginally less miserable: “We could give up the car; but we cling to it as a last link with comfort and luxury, having surrendered so many other things, including annual holidays, library subscriptions and golf.”

It was already becoming almost axiomatic that the middle class had taken the biggest hit since the war – and crucially, not just economically but psychologically as well, with a growing feeling that they had somehow been muscled out of the picture by the hitherto patronised-cum-despised working class. “It is very noticeable that nowadays the well-fed, well-clad, sweetly smiling bourgeoisie male & female have disappeared from poster and advertisement,” reflected another teacher, Gladys Langford, in her diary in May 1947. “It is the broadly grinning and obviously unwashed ‘worker’ who appears in more than life size on our hoardings and Tube stations.”

It was obvious enough which political party stood to benefit from an increasingly aggrieved middle class. In the summer of 1948, almost exactly three years after the shock of defeat, a memo from the Conservative Party’s Research Department set out what it hoped would be the next election’s battle-ground: “The floating vote is mainly middle class (incomes £700–£1,200 per annum). These people are now finding it impossible to live. The chief fear of the middle-class voter is being submerged by a more prosperous working class. Our whole appeal must be in this direction.” Back in 1945, much of the moderate or faintly progressive middle class had voted Labour for the first time in their lives. The question by 1948 was whether it was also going to be the last time. 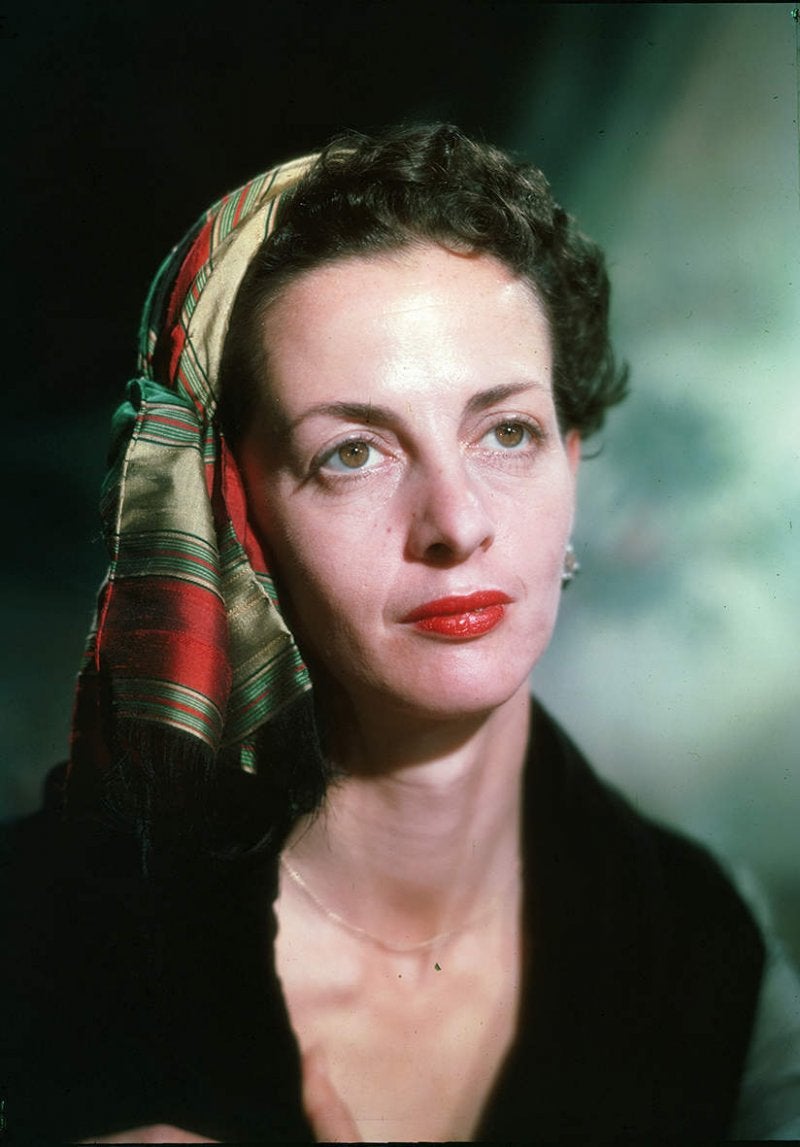 Marghanita Laski’s novel Tory Heaven appeared 70 years ago, in April 1948, the same month as Brophy’s field research in Kensington. Advertised by the Cresset Press as an “exquisite fantasy”, and “as amusing and gay as Love on the Supertax” (her wartime novel), it had a clear political agenda – being aimed squarely at those in the middle class now starting to long for the overthrow of Clement Attlee’s government and a return to the familiar Tory certainties of social hierarchy, rigid class distinctions, and almost unquestioned privilege and entitlement for those born on the right side of
the tracks.

With a light but deadly touch, Laski evokes a counterfactual world in which (in the words of Hugh Fausset in the Manchester Guardian) “the most reactionary Tories have come to power and recreated a class system in which everyone is graded with feudal exactitude and all the picturesque trappings of the 18th century are artificially restored.” For all her palpable design, she is too subtle and elegant a writer to express her own horror at this grotesque turning back of the clock. Instead, like the best political satirists from Swift to Orwell, Laski leaves it to others to draw out the lessons of her story. Or as Ralph Straus put it in the Sunday Times: “Conservatives with high blood pressure are advised not to read it.”

One of the most telling episodes is when the central character, the hero/anti-hero James Leigh-Smith, newly returned to England and delighted to have been allocated (as a “public-school man”) Grade A status, visits his parents in Hindhead. The father being a stockbroker, they are likewise Grade A, but seem increasingly unhappy about the state of things since the Tory coup d’état. James asks him why. “I suppose it was partly the war,” explains a cogitating Leigh-Smith Senior. “We found ourselves mixing with all sorts of peculiar people then, and the funny thing was, we rather liked it.” Not least the socially jumbled experience of the Home Guard: “A rare old time we used to have together. Even after the war was over, we all used to meet at that pub down the road for a pint and a good chinwag.” Under the implacable Tory regime, however, any such mixing is strictly forbidden. “We’ve got to stick to our class. That’s the law. If we don’t, we’re liable to get degraded.” Laski’s message, here and throughout the novel, is twofold: not only that the war had acted as an entirely beneficial solvent in the breaking down of class barriers, but that in Britain an authoritarian regime was as likely to emerge from the right as from the left.

The latter point was especially timely (and in our populist/nationalist era perhaps still has relevance). Winston Churchill in the 1945 election had sought to equate a future Labour government with the murderous tyranny of the Gestapo; while that same year, George Orwell’s Animal Farm had, for all its undeniable justice in relation to Stalinism, provided easy propaganda points for the right. Another telling scene comes towards the novel’s end, after James’s elderly, well-bred friend, Ughtred, is unable at Paddington station to buy a copy of the Spectator or the New Statesman as both have been shut down by government. “I have always been a Conservative,” he tells James. “I have always believed in Privilege. I have always believed in the natural superiority of one class and that my own; I have always believed that this class alone was by nature fitted to govern. But equally I have always believed, fundamentally and decisively, in the freedom of the British press.” To James’s consternation as well as incomprehension (“they’d all be putting forward progressive views and then you’d never have a sound Tory government”), Ughtred on these grounds breaks decisively with the regime, in the process forfeiting all his deeply cherished rights as a full-time London clubman.

If Laski’s prime agenda was political (befitting a niece of Harold Laski, leading political theorist and a recent chairman of the Labour Party), she also may well have had in her sights a high-profile literary target. “A clever though reliably conventional school friend rebuked me for never having heard of Angela Thirkell,” the critic and novelist David Pryce-Jones has recalled of his boarding school in the immediate postwar period. “‘At home we think she’s the best living author. Everyone reads her.’ Home was in Camberley.” Thirkell’s hatred of what she saw as the socialist destruction of old England struck a deep chord, and during these years her “Barsetshire” sequence of novels sold prodigiously. The most recent, at the time Laski was writing, was Private Enterprise (1947), which was as usual set among the acutely class-conscious minor gentry of Trollope’s fictional county. In it, Thirkell discerned after a year or so of peace “a great increase of boredom and crossness, which made people wonder what use it had been to stand alone against the Powers of Darkness if the reward was to be increasing discomfort and a vast army of half-baked bureaucrats stifling all freedom and ease”. Tory Heaven is the anti-Thirkell – and seven decades later, it has (in horse-racing parlance) stayed on appreciably the stronger.

It may also have been a response to another writer, Mollie Panter-Downes. Her story “The Exiles” appeared in the New Yorker in October 1947. Told with acute human understanding, it relates the final weeks of a retired colonel and his wife before they leave London and emigrate to South Africa. “Arthur felt Things very keenly, she would say,” when people asked why they were leaving. “As she spoke, Things seemed to assume the shape of a dragon that was now firmly couched in its lair beneath the hitherto benign towers of Westminster. This dragon, she implied, was out to devour the Stanburys and their kind, to gobble their modest, honourable incomes, to push them to the wall and bar every path with the lashings of its hideously powerful tail. In time, Arthur felt, the monster of Things would get the whole country down…” Things, Panter-Downes hardly needed to spell out, meant the Labour government and its monstrous regiment of bureaucrats implementing every socialist wish.

The colonel also identifies a fundamental moral decay under the new order. “There was no honesty left in the people,” he is described as telling his barber, “there were no manners, there was nothing but this new, slipshod idea of working the shortest possible hours for the largest possible wage.”

The reader is left to sympathise with the couple as they make their reluctant exile, and at no point does Panter-Downes distance herself from their bitterness. It is no more than a punt that her story influenced Tory Heaven – which, after all, was published only six months later. But at the least, it is a further indication of the embattled middle-class mood that Laski was seeking to counteract.

Laski’s highly engaging, beautifully written novel – the work of someone long immersed in Jane Austen (is there a nod to her in the central character’s name?) – was only sparsely reviewed by the English press. Straus thought it “wickedly amusing”, Fausset called it “an ingeniously contrived and wittily told tale”, but most papers and magazines ignored it. There was a greater response in the States, where it was published under the unhelpful title Toasted English, yet presumably it was in her own country that Laski would have hoped for the major impact.

In February 1950, less than two years after Tory Heaven’s appearance, a general election saw Labour’s majority cut savagely; and in October 1951, the Tories under Churchill resumed their accustomed seats of power. In both cases, the middle class returned en masse to its traditional allegiance. Angela Thirkell, cousin to Stanley Baldwin and Rudyard Kipling, had won the immediate political, if not the literary, battle.

“Tory Heaven” is published by Persephone Books on 19 April

This article appears in the 11 Apr 2018 issue of the New Statesman, Syria’s world war