In early 2011, Zahed Katurji had just finished his medical studies in his home town. He spent his free time playing basketball, learning German – he was considering further studies abroad – and listening to his favourite heavy metal band, Korn.

Six years later, when he walks into the New Statesman office in London, it would be easy to mistake him for a regular media type, with his green sweater, fashionable hair cut – “Viking style” – and youthful appearance.

But for most of the time in between these two dates, Katurji, 31, has been Dr Hamza Al-Khatib, the manager of the Al Quds hospital, and one of the last doctors in eastern Aleppo, Syria.

Horror and comedy: screaming and laughing

Ghostwatch: the Halloween hoax that changed the language of television

In 2011, Katurji was living with his family in the ancient city of Aleppo. Although his friends had been following events in Tunisia and Egypt, where protestors in the streets were overturning authoritarian regimes, Katurji wasn’t that political. In March, after protests began in Syria, he watched coverage on both government and independent TV channels.

Then Syria’s dictatorial President, Bashar al-Assad, gave a speech. “He’s laughing,” Katurji thought, as Assad brushed over the deaths of protestors. At that moment: “I believed I should participate in [the protests] – it’s my country and that stupid man was the president of my country.”

With the army distracted by uprisings in other cities, whole neighbourhoods in the east of Aleppo threw off the authorities, aided by the newly-formed Free Syrian Army. Katurji started making the 30 minute commute every day from his family home in the west of the city to volunteer in Salaheddine, one of the rebel neighbourhoods in the east. “In the first months it was very easy,” he recalls. “There were two main streets with snipers on them, but you could skip those.”

Fearing for his family’s safety, he renamed himself Dr Hamza, choosing the name of a 13-year-old boy who was arrested, tortured and killed for protesting the siege of his city in southern Syria, Daraa. In late 2012, he started working at Al Quds hospital, in the emergency department. Dr Hamza was one of between 30 and 70 doctors, serving a population that fluctuated between a high of more than a million and lows in the hundreds of thousands as bombing intensified.

The work was relentless, and as the manager of the hospital as well as a doctor, Katurji often lost track of the hours. One day, the radiographer refused to take any more x-rays.

“I became angry with him,” says Katurji. “He showed me the records. Between 8am and 5pm, he had taken 360 x-rays. He told me: ‘I will become sick and the machine will explode if I take extra pictures.’” Katurji realised he must have treated more than 400 injured patients that day. He felt suddenly exhausted. 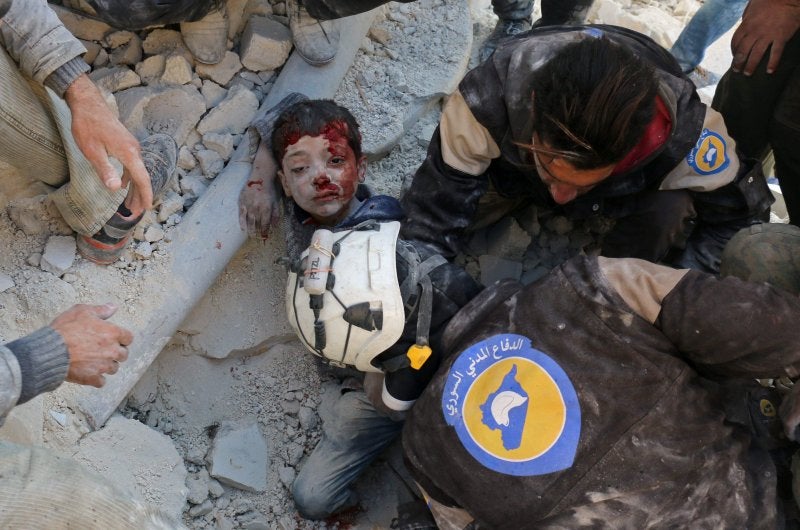 Katurji first realised the revolution would not be swift in September 2012, when one of his friends was killed by a sniper. By 2013, he had lost three friends, and the threat was increasingly from the skies. Everyone in eastern Aleppo seemed to have lost someone. Assad’s regime dropped barrel bombs on the inhabitants of eastern Aleppo – breaking international codes of law – and the survivors turned up at the hospital.

One case that sticks in Katurji’s mind was that of a six-year-old boy, whose foot was crushed after a barrel bomb hit his building. “The only thing we could do was amputate it,” he says. The boy overheard the discussion, and understood what was about to happen.

“He grabbed me and said ‘Please uncle, don’t let them amputate my foot, I will be well-behaved’,” Katurji recalls. “That stuck in my mind. He thought he’d done something wrong.”

Katurji himself had married by then, to the video journalist Waad al-Kateab. In December 2015, they had a daughter. Still, he did not think about trying to leave. “As a doctor, seeing all the casualties I had to deal with – you can’t just turn your back and walk away. There were hundreds of thousands of civilians. My daughter wasn’t the only child in Aleppo.”

But by then, it was Russia launching air strikes. The intervention would prove crucial. A newly empowered Assad regime began the siege of Aleppo.

In April 2016, the regime targeted Al Quds itself. A paediatrician was among the 55 dead.

The attack was recorded on CCTV, and reported by the charity backing the hospital, Médecins Sans Frontières. Yet by now, the truth was under siege was well. In a widely circulated video, a Western pro-regime journalist Eva Bartlett claimed the attack was nothing more than rebel propaganda. As the siege intensified, so did an online narrative which claimed that the people holding out in eastern Aleppo were terrorists and Islamist fighters, not civilians.

“It was very silly,” says Katurji. “A paediatrician ‘treating terrorists’ – it wasn’t making any sense.”

In eastern Aleppo, he claims, the Free Syrian Army fighters were well protected in bunkers on the front line. The patients turning up at Al Quds were civilians. “Most of the shelling by the regime and the Russians would be over the homes, the bakeries – they were trying to kill any life in the areas that were not controlled by Assad.”

While the international community stood by, the regime besieged eastern Aleppo in July 2016. The siege meant that doctors could no longer receive supplies from Turkey, and fruit and vegetables disappeared altogether. “My daughter never tasted bananas or apples,” says Katurji of the time.

For years, Aleppo had been divided between the regime-held west and the rebel-held east. But in November 2016, pro-Assad forces broke the stalemate. The world watched as they closed in, street by street, bomb by bomb, on a besieged population. Journalists and activists in eastern Aleppo released what they believed might be their final messages.

Then, under a last-minute deal brokered by Turkey and Russia, an evacuation was announced. Katurji was tasked with overseeing the medical part. “It took about seven days,” he says. With attacks on aid workers, reports of hostages and Russian and Iranian fighters manning the road out of the city, he contests the idea that the evacuation offered any safe route out. Nevertheless, he acknowledges, “unfortunately there was no other choice”. He was the last doctor to leave eastern Aleppo, on one of the last coaches. 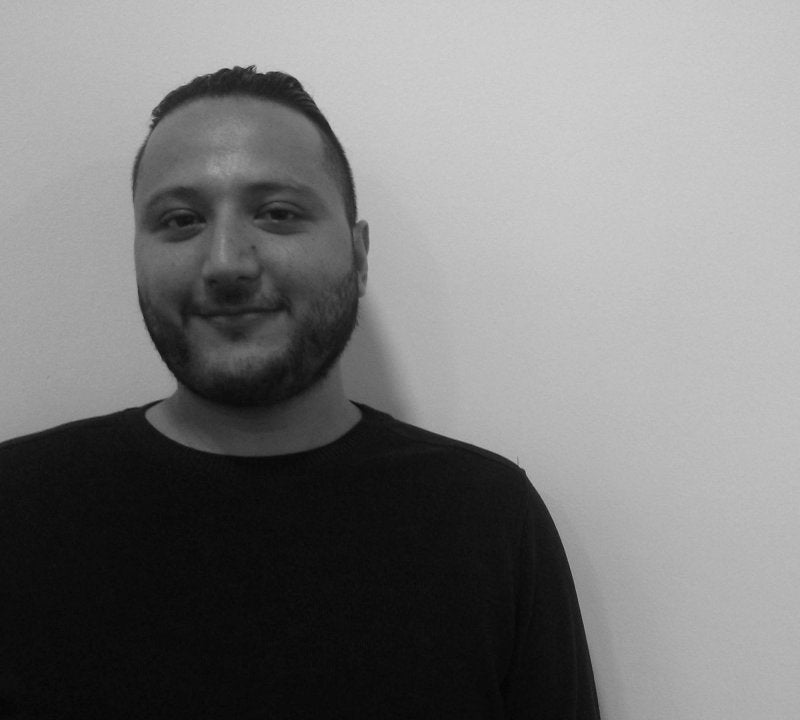 Katurji went first to Idlib, a rebel-held area in northwest Syria, and then to Turkey, where his medical credentials made it easier to cross the border (other refugees from eastern Aleppo were turned back or shot at when crossing the border). He was reunited with his family in the Turkish town of Gaziantep.

When I ask him what he has done since then, he smiles ruefully: “Nothing.” He and his wife are still trying to figure out the next steps. “For five or six years, we never thought further than the next six hours,” he says. “Because we never knew what exactly would happen.” Sometimes he just marvels at his daughter running down the road in Gaziantep: “She could never run in a street in Aleppo.”

If Katurji does have a mission, though, it is to raise awareness of the situation of those doctors in the remaining rebel-held areas of Syria. In 2013, the world recoiled after the Assad regime used chemical weapons on the inhabitants of Ghouta, a rebel-held area on the outskirts of Damascus. Four years later, 400,000 residents are under siege. In September 2017, pro-regime airstrikes hit hospitals in Idlib.

“Aleppo isn’t the end,” Katurji says, as he prepares to leave the office and join the crowds in the darkening street. “What happened in Aleppo can happen and will happen somewhere else.”

Katurji is speaking at the School of Oriental and Asian Studies, London, on 2 November 2017. Details of the event are here.