In the second of a series on the precarious situation of EU nationals in the UK since the Brexit vote, we look at those who have already left. Read the first article here.

In 2016, Wibke Hott, a 44-year-old German national who then lived in Wallasey, near Liverpool, found her young daughter crying in her room. “I hate Theresa May,” the girl said. “Why is she tearing my beautiful life apart?” Hott had no answer – she herself had been crying in front of the news. “I was in a state of shock,” she says. “Mentally and physically.” The Brexit vote, she says, “felt like they were pulling the blanket from under us.” As an EU citizen, she suddenly found herself in limbo over her right to remain. “Surely nothing that has happened since 23 June [2016] can stand up legally,” Hott says, adding that as she’s retelling her story, her hands are shaking.

During the EU referendum campaign, Hott kept repeating: “If they vote out, we’re going to have to move out of principle.” So they did: on 28 August, her family moved back from Wallasey, where they had bought their house in 2005, to Fürth, a small town near Nuremberg, in Germany. “It was bonkers,” she says of the move, but necessary. Hott was running a family centre providing help for young parents and “the government was closing them all down”. Brexit was “the final straw”: “It felt like they turned the spotlight on me,” she says. “I’ve been a good immigrant, paid taxes, improved people’s lives with my work. It’s such a toxic and horrific thing to do.” 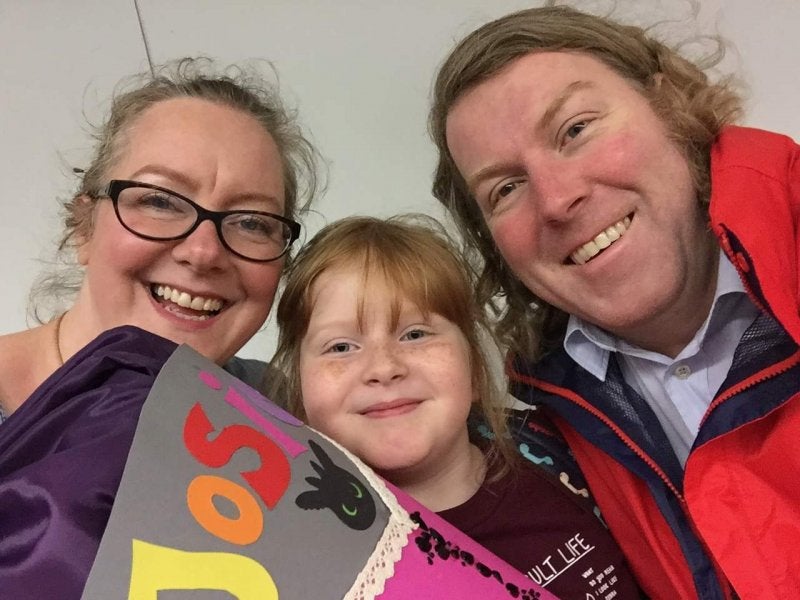 “We really don’t think we’ll be back, even if they cancel Brexit. I have no faith in this government.”
Wibke Hott with her family

Adapting to another culture, even one’s own, can be a struggle after years abroad. For Hott, it’s the fact that in Germany, “banks and shops closed on Sunday”. Returnees need to adapt at work, too. Boris Adryan, 41, a German national who researched computational biology in Cambridge until he moved to Frankfurt after Brexit, now works in the data industry. “[My wife and I] left Germany right after our PhDs, so we never had the experience of working in industry in Germany”, he explains: they only knew the British working culture. When they moved back, they had to “observe very carefully for a few months, not to be completely out of the frame of expectations”.

To some, the UK was more like home than their country of origin. Ralph Stanewsky, 53, moved back to Germany in October 2016 after ten years in the UK. “After being away such a long time, you don’t feel at home anymore, you feel like foreigners,” he told me. “At work, the German system is very hierarchic. In England everyone says ‘you’, here [in Germany, ‘du’ is for close acquaintances and ‘Sie’ to mark respect] it’s very complicated and people can get offended if you don’t say ‘Sie’.” Because he moved to Muenster, a region he is not originally from but had found a job in, his family also had to make new friendships. Stanewsky worried that his children would struggle, but “they adjusted better than we did”, he says. The family still watches the BBC and CBeebies on the telly. 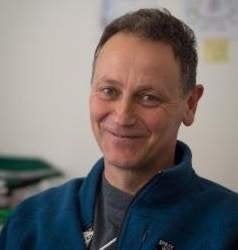 “I’m not regretting that we went back, it just takes time.
I will always love London.”
Ralph Stanewsky

For some, returning is harder than leaving. Since Murielle Stentzel went back to France in September, after eight years in Kent, nothing has been easy. “The administration is giving me a headache,” she tells me. “It’s really complicated to exist as a French citizen.” She doesn’t have a French bank account or social security number and France imposes a three-month period, called “délai de carence” (or, as Stentzel calls it, “a real pain”) to process the files of returnees like her. “I have been penalised in the UK and now I am penalised in my home country,” she says.

Stentzel did not want to leave the UK, but the economic and political uncertainty unleashed by Brexit forced her out. She lost her job soon after the referendum. Her company immediately lost European contracts after the vote, and as she was still on probation at the time, she was let go because they couldn’t “afford to hire someone from the EU”, she says.

Despite the government’s assertions to the contrary, Stentzel quickly found that her status in the UK had changed. For any job she applied to after that, she was asked if she had the right to stay in the UK. “Some adverts specified ‘British nationals only’,” she says, before pointing out: “That’s still illegal until March 2019.” Unemployed and having to claim benefits, in February 2017 she received one of the erroneously sent letters from the Department for Work and Pensions informing her that she had lost the right to stay in the country, which was not true. “I felt like I would always be a foreigner, a burden for the state,” she says. Add in some abusive and xenophobic comments on the bus, and Stentzel’s decision was made: “My health was taking a toll, I wasn’t sleeping. I said, ‘I’m done’.” 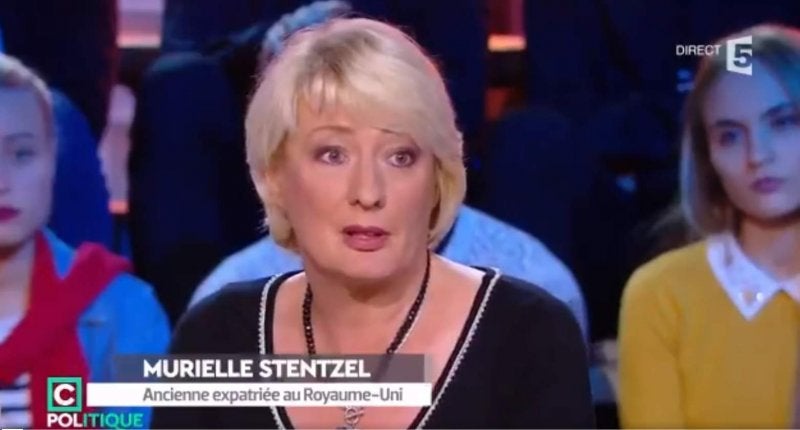 “It’s difficult to go back to France. They have no clue how hard it is.”
Murielle Stentzel, who went on French TV to speak about EU citizens in the UK

Not all jobs are easily transferable, locking some EU citizens and their families out of the option of escaping Brexit by moving away. Hott, the German national formerly based in Wallasey, is clear she was lucky: her British husband works in renewable architecture and easily found a job in Germany. He started work the Monday after their move. Hott’s training in therapy, however, is not recognised there. “I know people who want to go but can’t, their jobs are not translatable, or they can’t afford it,” she says. “They’re trapped.”

Jennifer Mueller, from Germany, who has lived in the UK for 22 years, hasn’t yet decided to leave, but she echoes this feeling: “I have been away from my country of birth for so long, my English is now better than my mother tongue, my qualifications aren’t quite ‘right’ for the job market, it’s all scary. I am truly a citizen of nowhere.”

Finding a place to live can be different abroad, too. Hott emptied the house they owned in the UK, and plans to eventually sell it. The mortgage for that house in England was much lower than their current rent in Germany, despite searching hard, but her family have helped with finances and given them furniture.

Brexit is also having a knock-on effect on popular destinations for those quitting the UK. Adryan, the Cambridge graduate now based in Frankfurt, says he can see how the UK’s decision to leave the EU is influencing housing prices in his new city: “Every time someone says something related to Brexit in London, there is a rise of around €10,000 in house prices a week later,” he says, joking that he “has been bitten by Brexit twice”. Adryan moved a few months after the vote, but had wired his savings back to Europe in late 2015. “If we had waited after the referendum, our savings would have been significantly lessened,” he says.

In such a move, family and friends become the main support network. Adryan had to uproot his three children, all born in the UK. Some things get easier, like having grandparents “an hour’s, and not a day’s, drive away” for babysitting, but some get more complicated: “My middle son struggled to adapt”, he says. “He feels the most British and would have wanted to stay.” Adryan hopes to save to send him to a British boarding school.

For others, though, Brexit means leaving family behind. Stentzel, the French national struggling with her return to her home country, doesn’t have any relatives in her new area, a small village near the coastal town of La Rochelle. With no current income in France, she cannot apply to sign a lease on a flat and pays her landlady directly for a small, expensive room with “the bare minimum”. She has left her daughter and granddaughter in the UK and she doesn’t know whether she will be able to visit them for Christmas. “My savings are already fading,” she says.

The more EU citizens leave, the more British spouses will follow. Chris Kay is a Brit married to a German national. He met her while living in Berlin from 1993 to 2005 before they both moved to the UK. In June 2016, correctly anticipating the referendum result, Kay made plans to leave and found a teaching position at the University of Saarbrücken, Germany, near the French border. He loves it there, he tells me: “There are European flags in people’s gardens here. You’d never see that in the UK.” As the spouse of a German national and with ten years of his career already spent in the country [unlike the UK, right to remain isn’t lost by spending time away], Kay thinks he will have no trouble applying for German citizenship.“I refuse to get my EU passport taken away from me,” he says. 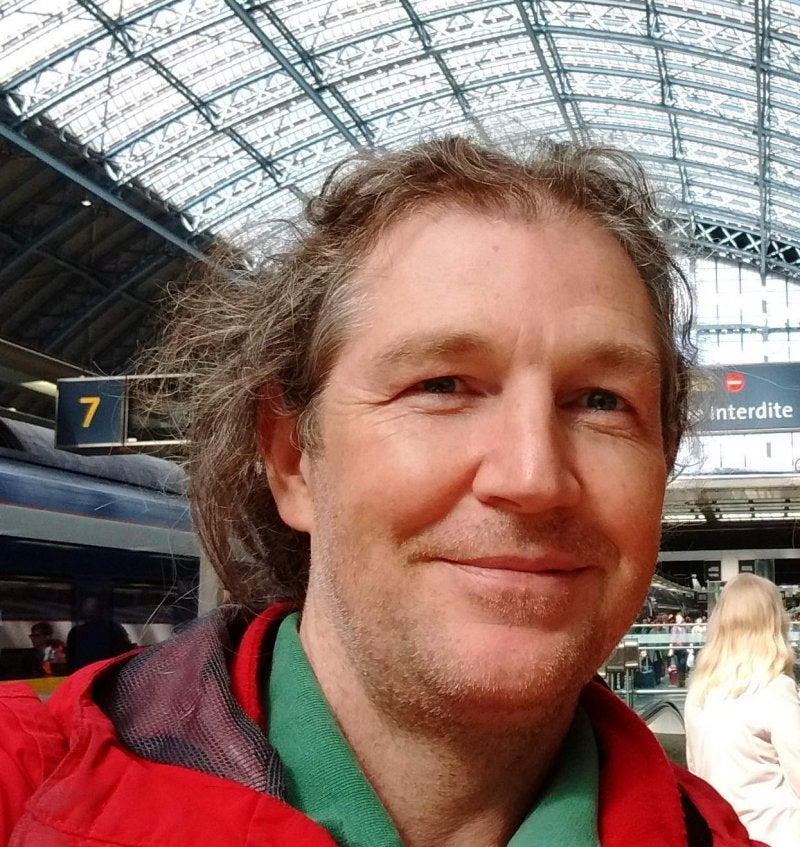 “Structurally, I don’t see where the UK is going.”
Chris Kay, Brit married to a German national

For Europeans who invested so much in their UK life, Brexit means heartbreak. “I chose the UK over France because of open-mindedness and tolerance,” Stentzel explains. “Before the referendum, I totally embraced the country, which I loved. I considered applying to citizenship. This country changed so much.” Jennifer Mueller agrees: “May the last European shut the door behind them.”

If the Brexit vote played a major – sometimes decisive – role in many EU nationals’ decision to leave, the course of action taken by the British government in the months that followed has had an impact too. Months after finding her daughter in tears, Hott remembers watching the news during the 2016 Conservative conference and thinking: “Are you kidding me? How did these people come up with this? I’m not going to walk around with an identification number!” It got to a point when it was giving her an “ulcer and stomach cramps”. The utter lack of clarity, she says, was the worst: “Theresa May says “You’ll have the same rights”, and then David Davis says “No, they won’t”! It’s insane. I don’t understand how they cannot grasp what this does to people.”

However hard it is to leave, those who have done so don’t look back. “As a non-British citizen, it [leaving] was the only thing I could do,” Hott says. “All of a sudden, I don’t meet the standard, I am not welcome anymore.” She tells me of the disbelief expressed by her friends in Germany when she talks about Brexit and how the British government treated her and other European nationals. “It feels like such a bizarre experience”, she says, “We’re here, we’ve escaped, but sometimes we wonder, did this really happen, was it all that bad?” She laughs nervously. “And then we watch the news and say yes, it did, and we’re not going back.”