Throughout the 15 years of devolution the defenders of the old United Kingdom have comforted themselves with the belief that only Scotland and Wales had changed and that the British constitution remained intact.

To give reassurance that Britain would not fundamentally change, the sovereignty of parliament was reaffirmed in the 1997 white paper that preceded devolution, Scotland’s Parliament, which declared: “The United Kingdom Parliament is and will remain sovereign in all matters.” This claim was repeated in the 1998 Scotland Act’s assertion that the Scottish Parliament “does not affect the power of the Parliament of the UK to make laws for Scotland”.

Now with more devolution to Scotland on the way and with even more inevitably to follow, the reality is slowly dawning: Britain cannot be Britain without Scotland and yet Britain cannot keep Scotland unless Britain itself changes.

No one can now ignore the basic fact that the United Kingdom is no longer and will never again be the all-powerful centralised unitary state of the constitutional textbooks. With one parliament, two legislative assemblies and a high-powered London authority taking powers from the centre, Britain is not the unitary state we were taught about at school.

Nor does the old theory of an undivided Westminster sovereignty conform to the new realities. In its own sphere the Scottish Parliament holds undisputed power and its decisions are not overruled by Westminster.

The idea of parliamentary sovereignty has taken a bashing because referendums, reflecting popular sovereignty, are now in effect required before important constitutional decisions are made.

But does this mean we are becoming a federal state? The classic case against federalism in the UK was put in the 1970s by the Kilbrandon commission, which said that it was “not a realistic proposition”. The commission concluded that the UK would be “dominated by the overwhelming poli­tical importance and wealth of England. The English Parliament would rival the United Kingdom federal Parliament, and in the federal Parliament itself the representation of England could hardly be scaled down in such a way as to enable it to be outvoted by Scotland, Wales and Northern Ireland.” But is this asymmetry, with England 85 per cent of the whole, an end to the federalist’s dream?

Federal systems are typically characterised by a clear division of powers between different tiers of government, a set of autonomous institutions, a formal division of competences, rules for the resolution of conflict and arrangements for the policing of the distribution of competences. To make all that work there is usually a codified constitution that places defined boundaries on the powers of the national parliament, in contrast with the traditional British assertion of parliamentary sovereignty.

Today, with the passing of the Scotland Act 2012 and other developments, we not only have a far clearer division of powers between Westminster and the devolved legislatures, but also a procedure for the adjudication of disputes between Scotland and Westminster. In practice, one parliament cannot simply overrule the other and the UK Supreme Court is able to pronounce upon the constitutionality of Scottish legislation – as demonstrated by its 2011 decision in Axa General Insurance Limited v the Lord Advocate. It is now accepted that where conflicts about legislative powers arise, a resolution will not be imposed by the Westminster parliament under the old theory of its unchallengeable sovereignty but will be adjudicated by the Supreme Court.

And we have also moved from the constitution of the old legal textbooks by dev­eloping a mechanism through which constitutional change can happen without a constitutional crisis, regular referendums or Westminster imposition: where there is a consensus on reform, this can be agreed between Westminster and the Scottish Parliament in the form of an order in council under Section 30 of the Scotland Act.

These arrangements are as yet only partially in place for Wales and operate differently in Northern Ireland but our changing understandings on finance also mark a departure from the notion of the unitary, centralised state. Finance is no longer wholly centralised but a mixture of national and devolved taxation. While there is no agreement yet between the Westminster parties on the final range of tax-raising powers that the Scottish Parliament will have, there is a sufficiently strong consensus emerging that can form the basis of a tax-sharing agreement, which over time Wales may also wish to adopt. And it looks as if the Barnett formula, the mechanism for the UK-wide distribution of resources, would not be altered without at least a serious attempt at a cross-national agreement.

Thus many of the defining characteristics of a new constitution are already coming to life and there is no constitutional bar to proposals – set out in reviews by David Steel and Menzies Campbell – for formal partnership arrangements between the nations of the UK which might include a mutual requirement for statutory consultation and even reciprocal powers of initiation, enabling one government to request formally that another take action to facilitate policy objectives.

But in one respect the nations of the United Kingdom have defied localising tendencies and are far closer and more uniform today than they were 100 years ago, or even 50 years ago. Our UK-wide system of pooling and sharing risks, rewards and resources means that not only defence, foreign affairs and the administration of our single economic market remain in UK hands, but so, too, does almost all welfare (Northern Ireland excepted) and guarantees for the funding of key services such as health care. Indeed, what is unique about the modern United Kingdom – and distinguishes it not only from the US and other federal countries but also from the European Union – is the extent to which UK citizenship guarantees fundamental social and economic, and not just civil and political, rights. It means that regardless of whether you are Scottish, English, Welsh or Northern Irish you have a right to a UK-guaranteed pension; a right to UK-guaranteed assistance when unemployed; a right to fully funded health care free at the point of need; and a right to minimum standards of protection at work, including a UK-wide minimum wage and tax credits, no matter who you are and where you reside. The system of sharing across the UK creates a form of equality between the citizens of the four nations that no other group of countries can match for its depth and sophistication and this is arguably the defining characteristic of the Union today.

Can you pool and share resources for services as extensive as these while also enshrining the autonomy of the devolved parliaments and assemblies in other areas of domestic policy? I believe that all the evidence suggests that this is what most UK citizens support. Contrary to the Scottish nationalists’ claim that Scotland believes in social justice in a way that England does not, there is in fact no fundamental difference in the attitudes of Scots, English, Welsh and Northern Irish citizens when an overwhelming majority of people in each of the four nations support a health service free at the point of need, the same generous provision for pensioners and, at least in Britain, the same system of business tax to pay for these. And the citizens of each nation seem happy to contribute to the security of people across the four nations of the UK.

It is therefore possible to imagine support for a system of government in which welfare, the funding of health care, defence, foreign affairs and most macroeconomic issues are managed at a UK level, while the devolved assemblies and parliaments are autonomous in most other areas.

I do of course strongly support the growing movement for regional devolution that responds to what has become a widespread desire for an answer to the growing power of London, but there is a desire to acknowledge specifically English concerns within the current UK parliament. There are two possible routes. The first potential innovation was in fact discussed by the last Labour government. On a second reading of an English-only bill, English members could of course be outvoted by the rest of the UK. So it would be standard practice to have a second vote on a second reading, which would allow a period of reflection. The second – and in my view more difficult – proposal is the McKay commission’s recommendation that in a grand committee-type arrangement, solely English members – or, if it was an English and Welsh bill, solely English and Welsh MPs – could amend and return draft legislation before the final vote by all the UK MPs.

In both these proposals English members would have a procedure for their views to be represented fully and in each case the final decision would rest with all MPs in parliament – and thus the principle that all MPs have equal voting rights in Westminster would not be breached.

No solution is truly federal because the asymmetry of the constitution – through the lack of an English parliament – remains. But in so far as these reforms would entrench a formal division of powers between the different legislatures and support the resolution of disputes through a system of adjudication, many federalists will likely find them appealing. The arrangement is close to “home rule” for Scotland, Wales and Northern Ireland, but the sharing of risks and resources in health and welfare means that not all domestic legislative powers would be devolved. Indeed, I believe that the sharing of risks and resources across the UK in welfare and in guaranteeing the funding of health care now defines the UK and is central to the continued unity of the United Kingdom – and even the nationalists, who desire to maintain a currency union with the rest of the UK (while ceding the power to shape it), recognise the desirability for sharing in some areas.

One further set of reforms might help cement the arrangements. While there are mechanisms for adjudication of disputes between the different tiers of government and for achieving further constitutional change by agreement, there is no arena where consensus between the different parts of the Union can be built. Joint forums for dealing with issues such as poverty and housing where powers converge and co-ordination is required would benefit all parts of Britain. There is an argument that the House of Lords should be replaced with an elected Senate-like forum that represents the nations and regions, is sensitive to their needs and recognises that there are areas so controversial that they may cause such polarisation as to jeopardise the Union.

But whatever the post-Scottish referen­dum arrangements are, the UK already looks more like a constitutional partnership of equals in what is in essence a voluntary multinational association. At some stage it will make sense to codify the new division of powers and the new power-sharing, tax-sharing, risk-sharing and resource-sharing rules in a written constitution. And when this is done, Britain will move as close to a federal state as is possible in a country where 85 per cent of the population comes from only one of its four constituent parts. 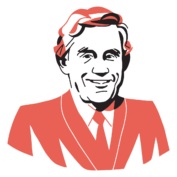