German conservatism is imploding. The federal election on 26 September ended with a crushing defeat of the ruling CDU/CSU, which received a record low of 24.1 per cent of the vote. And while coalition negotiations are still underway, the result already points to a profound crisis for Germany’s conservatives.

Part of the problem was the CDU/CSU candidate, Armin Laschet, minister-president of Germany’s largest state, North Rhine-Westphalia, was just not a convincing successor to Angela Merkel as chancellor. He was rightly criticised as lacking both in personality and in programme. His campaign performance on key issues, from Covid to climate change, was widely seen as lacklustre.

But the crisis of German conservatism runs deeper: when it comes to the challenges facing the country today, it has no answers.

Historically, German conservatism styled itself as a balancing force between the interests of capital and labour. After the end of Germany’s postwar economic miracle, it shifted towards the radicalisation of free-market capitalism, tempered with a modicum of Christian social doctrine. But ever since the Social Democratic Party (SPD) began implementing parts of this programme in the late 1990s — and even adopted austerity as the dominant German economic policy in the aftermath of the financial crisis of 2008 and the ensuing Euro crisis — the CDU has been a conservative project looking for a cause. 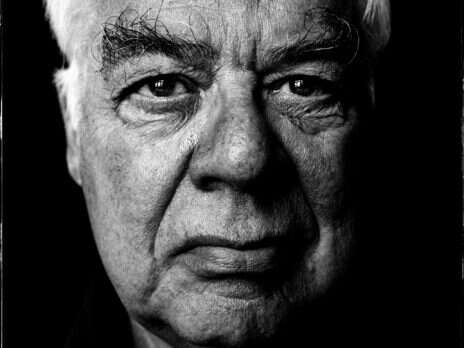 Is America worth keeping?

The result: a shift from material to symbolic politics. In 2000, the term leitkultur became a rallying cry for conservatives. Its meaning? There is a Western, Christian culture that is and should remain dominant in Germany. Identity politics, frequently decried by CDU politicians today, started as a conservative project.

Economics didn’t vanish in the new focus on identity. It was infected by it. Merkel’s handling of the 2008 financial crisis and, most importantly, the European debt crisis of the 2010s, was suffused with moralism. Rigid, didactic austerity imposed on countries such as Italy and Greece was combined with a discourse that turned national prejudices into economic arguments: Germans are thrifty; Greeks are not to be trusted.

As Adam Tooze and others have shown, German Eurozone policy turned from cooperation to domination. Under Merkel, the CDU’s understanding of Europe was transformed: from an answer to the question of how Germany could rejoin the family of nations after the Holocaust to an arena in which they could flex their muscle. Devoid of genuine ideas, power itself becomes the main goal.

In the early 2010s, with Merkel competently at the helm, this loss of convictions was masked by a series of crises: the Fukushima nuclear disaster in 2011 and the sudden exit from atomic energy in Germany, simultaneously hailed and derided; the handling of the refugee influx in 2015, again simultaneously praised and opposed; the rise of the far-right AfD and a growing sense of economic inequality, insecurity, and unease; and finally climate change, the meta-crisis of our time. In fighting these fires, conservatives could be seen to be doing something.

Yet what it means to be conservative in a time of disruptive change became ever more unclear – a dilemma conservative parties in other European and non-European countries seem to share. How to tackle climate change? How to build a different economy? How to think about growth? How to create a society that is more sustainable? What to do about injustice and racism? The conservative toolkit of the postwar era no longer offers convincing answers.

Disconnected from economics, conservatism became an empty vessel. Merkel, many have argued, has filled it with social-democratic content. This might attest to her shrewd instincts; above all, however, it demonstrates that conservatism has run out of ideas and lacks a political project.

For the CDU, only two parameters are left to guide economic policy, always at the heart of Germany’s machine of growth: permanent austerity, via Germany’s balanced budget amendment, the much vaunted Schuldenbremse; and “the market”, in its most reductive and generic form.

This is what Laschet proposed for all ills, from climate change to social problems: a smaller state, less regulation, lower taxes – the failed promise of trickle-down economics.

As a consequence, those who seek true market liberalism turned to the “party of freedom”: 1.3 million voters left CDU/CSU for the Free Democratic Party (FDP). The biggest loss was to the SPD, ahead in the popular vote with 25.7 per cent: almost 2 million former CDU/CSU voters saw in the social-democrat Olaf Scholz an opportunity for continuity and stability. Another 400,000 voters chose the AfD, a million went to the Greens and a million abstained. (Another million had died in the four years since the last federal election in 2017, a testament to a rapidly ageing voter base.)

The 20 per cent or so of voters who still support the CDU may thus constitute the hard core of a collapsing conservatism. As dismal polling numbers settled in ahead of the election, panic followed instead of policy. For the campaign’s final weeks, a cold-war zombie had been exhumed: the red scare, projecting Scholz and the SPD — if anything, an overly reliable partner in government in recent years — as the door-opener for socialism, or worse.

The conservative collapse thus creates a triple problem: There is, in Germany as elsewhere, a growing sense of irrationality in public discourse. There is also a tendency towards radicalisation, as fringe parties or party factions gather up disaffected formerly conservative voters. Finally, and most importantly, there is a lack of policy proposals.

The implosion of German conservatism is dangerous and destabilising. It leaves a vacuum, which creates the potential for reactionary or racist ideas to take hold, the Hungarian turn; or for neoliberalism reloaded, the Boris Johnson jive. It could also lead to a form of kleptocracy similar to what we see happening in Sebastian Kurz’ Austria right now.

Yet reversing course remains a struggle. Critiques of existing markets, deregulation or the fixation on shareholder value might seem like an imitation of social democracy. Addressing climate change – essential for the younger generation, only ten per cent of whom voted CDU – is difficult to reclaim from the Greens. Hard migration policies are detrimental to the problems of an ageing population and a lack of qualified workers.

More likely than a reanimated version of a postwar conservatism is its demise, which will spell a system change in German party politics. The Greens and the FDP, ahead with young voters, seem to be the new power couple of German politics, both representing in some way potential aspects of conservative thinking – the respect for the environment for example or the preference for market-oriented solutions to societal questions.

But that still represents a loss for Germany. A conservatism searching for its identity is far less vital for the future of Germany — and for that matter Europe — than a set of parties that are tackling the necessary transformations head on, from different angles, but with a vision of a stronger society.

Georg Diez is editor-in-chief of The New Institute in Hamburg.