The 45th president of the United States would be the first to tell you that he is a man of many skills and talents, though perhaps even he would concede that a good sense of humour is not one of them – or, at least, it’s not in his top ten most wonderful character traits.

So it’s understandable that even Donald Trump was surprised at his ability to bring down the house while addressing the UN General Assembly this morning.

Trump was feeling presidential as he addressed world leaders at the United Nations this morning, as evidenced by his bored monotone. He told them he wanted to share “the extraordinary progress” his administration has made.

“In less than two years, my administration has accomplished more than almost any administration in the history of our country,” he said. And the audience started laughing, interrupting his flow. 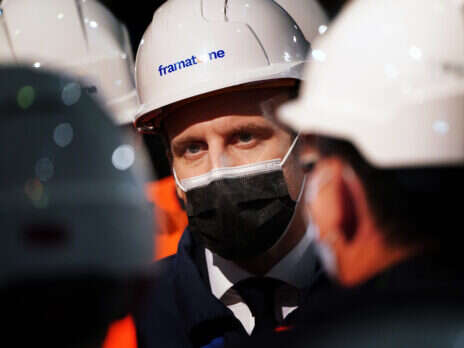 “So true!” he added, and the laughter grew even louder.

Trump froze for a moment, looking stunned and perhaps wounded, but he managed to force his features into a smile. “Didn’t expect that reaction, but that’s OK,” he said, to more laughter.

Trump winced and continued his speech.

The incident would be embarrassing to any world leader, but Trump is especially bad at taking a joke.

In his memoir, the former FBI director James Comey noted that, unlike his predecessors, Trump never laughs.

In the New Yorker, Adam Gopnik remembers Trump’s fury during the White House Correspondent’s Association dinner in 2011, when Obama made fun of the reality TV star’s presidential ambitions:

“Trump’s humiliation was as absolute, and as visible, as any I have ever seen: his head set in place, like a man in a pillory, he barely moved or altered his expression as wave after wave of laughter struck him. There was not a trace of feigning good humor about him, not an ounce of the normal politician’s, or American regular guy’s “Hey, good one on me!” attitude—that thick-skinned cheerfulness that almost all American public people learn, however painfully, to cultivate. No head bobbing or hand-clapping or chin-shaking or sheepish grinning—he sat perfectly still, chin tight, in locked, unmovable rage. If he had not just embarked on so ugly an exercise in pure racism, one might almost have felt sorry for him.”

Which means that Trump’s rictus grin at UNGA was progress of sorts. Maybe even “extraordinary progress”.

You can watch the president’s inadvertent comic turn here: