According to a draft majority opinion written by Justice Samuel Alito and leaked on 2 May, the Supreme Court of the United States is poised to overturn Roe vs Wade, the 1973 ruling that established the constitutional right to abortion. If the court’s final opinion, expected this month, does overturn the landmark decision, the legal status of abortion will be decided entirely by states, around half of which are predicted to ban the procedure.

The draft opinion argues that the right to abortion is not protected by the constitution. A key tenet of this claim is that the right is not implicit in the nation’s concept of “ordered liberty”, whereby certain freedoms are curtailed by the need for order in society. Ordered liberty, as the draft opinion puts it, “sets limits and defines the boundary between competing interests”.

Traffic laws are an example of ordered liberty. They constrain people’s freedom to drive at high speeds, but they also provide the order that enables us to reliably get from one place to another.

When considering how to order our liberties, Alito invokes the following distinction. Some matters leave open questions about how to strike the balance between competing interests – the liberty to drive at speed vs the need for public safety, for example – and these are political questions to be decided by the people. 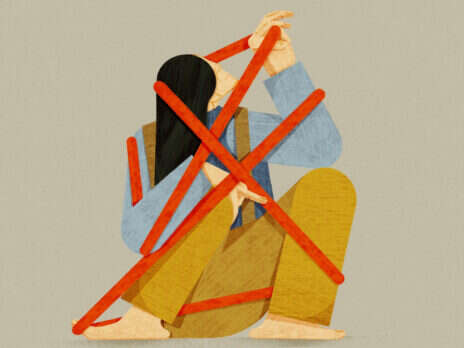 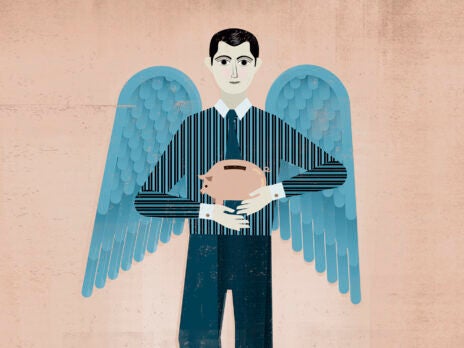 Can you really do more than what duty requires? 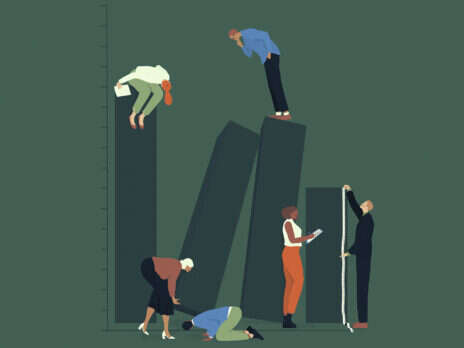 Other matters concern basic freedoms that are “implicit in the concept of ordered liberty”. These freedoms fall within the realm of individual sovereignty, which the government may not infringe upon, and they are protected by the constitution. Basic freedoms usually entail the right to live one’s life in ways that do not harm other people, such as the right to marry a partner of the same sex, secured by the 2015 Obergefell vs Hodges ruling.

Alito places the right to abortion in the former camp. In his view, the question of how to balance the competing interests of a person who wants an abortion against the purported right to life of the foetus is not implicit in the concept of ordered liberty. So, Alito rejects the idea that abortion is a basic right protected by the constitution.

On this basis, Alito takes issue with the fact that Roe in effect adjudicated between those competing interests – a question he thinks should be determined by “the people of the various States” rather than by the Supreme Court. Alito also believes that questions of deep moral importance ought to be settled by the electorate when there is room for reasonable disagreement about how to balance competing interests.

Anti-abortion arguments have often been framed in terms of competing interests. The interests in question are the pregnant person’s right to bodily integrity and the right to life of the foetus.

Pro-choice arguments, by contrast, emphasise the importance of upholding the pregnant person’s basic right to bodily integrity, given that there is uncertainty over whether and when a foetus acquires the right to life. In balancing the right to bodily integrity against the mere potential right-to-life, pro-choicers believe we should err on the side of protecting the right of the person whose moral status is not in question.

Alito’s argument reverses this strategy, suggesting that it is sufficient for some people to believe that the foetus has enough of a right to life to place the right to abortion in the category of contested liberties, which is to be settled by the people. Implicit in Alito’s position is the idea that the burden of carrying a pregnancy to term is not that significant when the potential right to life of the foetus is at stake.

We saw a precursor to this element of the draft opinion when Justice Amy Coney Barrett recently offered an argument about the way in which safe-haven laws reduce the burden of going through with an unwanted pregnancy. Safe haven laws allow parents to relinquish a newborn for adoption at designated locations. From the perspective of balancing competing interests, if you can reduce the burdens incurred by an unwanted pregnancy, you can tip the balance further in favour of the foetus’s right to life.

When offering this argument, Barrett made a comparison between abortion and vaccine mandates, implying she sees both as issues that leave open the question of how far our bodily rights extend and which choices they protect. By making this comparison, Barrett effectively drew attention to the fact that there are difficult questions about the boundaries of bodily integrity that are far more political than we tend to assume.

A central puzzle from the philosophical literature on self-ownership illustrates this point. (Self-ownership is the idea that a person’s rights give her the same kind of control over herself as one can have over the possessions one owns; a key tenet is that nobody may make use of your body without your consent.) If I had an absolute right against others imposing on my body, that would prohibit anyone from causing even trace amounts of pollution to fall on my skin without my consent. Such a stringent right would effectively make it impossible to live in society – there must be some trade-offs involved in drawing the boundaries of bodily integrity and balancing those against the conditions of collective life.

The application to questions around vaccination is clear. Does Bob trespass on Alice’s bodily integrity by inadvertently shedding a potentially life-threatening virus on to her body? Does the government trespass on Bob’s bodily integrity by requiring him to get vaccinated to protect Alice? And which conception of bodily integrity is most conducive to allowing free individuals to live in community with one another, while preserving a sufficiently meaningful level of control over their own bodies? How to strike that balance is an inherently political question.

In order to reject the notion that there is such a trade-off on the question of abortion rights, pro-choicers often deny that foetuses are persons with full moral status and the right to life. But this strategy risks playing into Alito’s hands by reaffirming the idea that there are intractable points of moral disagreement about when life begins, the answers to which are not implicit in the concept of ordered liberty.

In the current landscape, another strategy recommends itself. We can accept some reasonable disagreement on the question of how best to secure bodily integrity for all, while still insisting that there is a core right to bodily integrity that does not admit trade-offs with other rights, even the right to life.

To demonstrate that the right to abortion falls within the core right to bodily integrity, we can grant for the sake of argument that the foetus has a right to life but show that this does not entail the right to make use of a pregnant person’s body. This is the strategy taken by the philosopher Judith Jarvis Thomson.

Thomson presents a thought experiment in which you wake up to find yourself attached to a famous violinist. The violinist has a life-threatening kidney condition and has been connected to your circulatory system so that your kidneys can extract poisons from his blood. He will need to remain hooked up to you for nine months, after which he will have recovered. If you unplug him before the nine months are up, he will die.

Thomson argues that it would be permissible for you to unplug yourself from the violinist in this case, even though you know he will die as a result. To do so would not violate his right to life. This is because the right to life does not entitle you to make use of someone else’s body without their consent. Depriving the violinist of the use of your body simply deprives him of something to which he is not entitled in the first place. Drawing the analogy back to abortion, Thomson concludes that ending a pregnancy does not violate the foetus’s right to life.

[See also: How period tracking apps could be a gift to anti-abortion movements]

Even the safest pregnancies and births are profound transformations that can leave lasting physical and mental scars. This cannot be ignored even if we assume, as Coney Barrett appears to, that relinquishing a baby for adoption can be made easy. To those who choose to undergo the process, these can become affirming symbols of a momentous experience. But for those forced to undergo it against their will, it is no exaggeration to suggest this renders their body someone else’s.

Alito’s argument denies that the right to abortion falls under the basic right to bodily integrity, and implies that a person may be entitled to make use of someone else’s body in an extremely invasive way without their consent. Yet an ordered society must affirm the idea that we have a right against others using our bodies without our consent, and people who seek to have an abortion are not consenting to their body being used to carry a pregnancy to term.

In short, the right to bodily integrity means that nobody is entitled to make use of another person’s body, not even when a life depends on it. The Supreme Court should uphold Roe on the basis that the right to abortion is implicit in the concept of ordered liberty and thus protected by the constitution.

Hannah Carnegy is lecturer in philosophy at the University of York.

This article is part of the Agora series, a collaboration between the New Statesman and Aaron James Wendland. Wendland is vision fellow in public philosophy at King’s College, London, and a senior research fellow at Massey College, Toronto. He tweets @aj_wendland.

[See also: Roe vs Wade: What to write when your country takes away your rights?]

Topics in this article: Abortion