Ukraine’s resistance to Russia’s invasion has changed everything. Analysts in the West did not expect the war to go like this. They thought Ukraine would fold and that Russian forces would roll into Kyiv. Then, after the fact, the West would apply punishing economic sanctions and eventually force Russia to accept some modified version of the Minsk agreement, which was signed in 2015 and supposed to end fighting between Ukraine and pro-Russian separatists in the eastern Donbas region.

How hard they expected those sanctions to be is difficult to gauge from the lurching and seemingly haphazard manner in which the economic measures have escalated. Joe Biden’s announcement of US sanctions on Thursday 24 February was limited and clearly constrained by resistance from Europe — probably from Germany and Italy.

In any case, the crucial point is that the West expected sanctions to be delivered as punishment in a postwar situation with Ukraine crushed, humiliated and occupied. The continuity of energy supply from Russia to the US and European states is an emblem of how people expected the war to go. We would punish Russia’s crime but life would go on.

By the first weekend of the invasion that seemed increasingly incongruous. How can Europe and the US still be buying Russian gas and oil when Russia is waging this murderous, brutal and incompetent war against such a heroic, good-natured people? The brilliantly orchestrated spectacle of Ukrainian resistance has made a huge impact on global public opinion. It is yet another demonstration of the way in which battlefield events can change history, especially when relayed by TikTok.

Boris Johnson has the ultimate case of main character syndrome

In trying to make sense of the Napoleonic war, the Prussian military theorist Carl von Clausewitz discerned three separate moments in modern conflict. The first was the reality of combat and its mastery. The second was the force of passion, an irreducible element of violent conflict. And finally there was the dimension of policy, or “politik” — geopolitical calculation. Any one of these moments has the capacity to escalate a war. Since last week we have seen all three reinforcing each other in a terrible spiral.

Ukraine may still be overwhelmed by the material superiority of the Russian military. That seems most probable. But, whatever the outcome, Ukraine’s resistance has changed the meaning of the conflict forever. Russia’s attempt to crush it has triumphantly and undeniably vindicated Ukrainian sovereignty.

This spectacle of self-empowerment has unleashed support and anti-Russian indignation on the streets of Europe; hundreds of thousands have demonstrated across the continent. This feeling is not confined to “the people”. The collective disgust and dismay across society is real, and all the more bitter for realising how seriously most of us had underestimated Ukrainians.

That realisation has changed the geopolitical calculus. The EU, Nato and individual states made choices over the weekend of 26-27 February that would have previously been unthinkable: Sweden and Germany delivering lethal weapons to a war zone, and Ursula von der Leyen, president of the European Commission, talking about Ukraine’s admission to the EU.

In the economic realm the US and Europe have applied sanctions that were never previously considered. The freezing of Russia’s central bank reserves means crossing the Rubicon. It brings conflict to the heart of the international monetary system. If the central bank reserves of a G20 member entrusted to the accounts of another G20 central bank are not sacrosanct, nothing in the financial world is. We are at financial war.

[See also: The fight for Ukraine is only beginning]

This is made all the more emphatic by the decision to apply the most draconian financial sanctions to a violator of international law not in retrospect but in the middle of an ongoing conflict in an attempt to cripple the aggressor-state. It is the difference between punishing an assailant for their attack and intervening in a fight to wrestle the assailant to the ground.

The latter is clearly the more committed position. It changes your relationship to the person on whose behalf you intervene and the person whom you seek to immobilise. Unlike in a court judgement you surrender the idea of a higher authority. It may be the right thing to do but it is a far more dangerous and indeterminate situation. Any claim to neutrality disappears. As the person intervening you must expect not only to dish out coercion, you must expect to get hurt yourself and the assailant has little reason not to up the ante.

Putin underscored that logic on Sunday with his nuclear saber rattling. That is not aimed at Ukraine. It is aimed at Europe and the US who have, from Russia’s point of view, made themselves party to the conflict.

And then on Monday the news of the sanctions began to impact the Russian economy. On top of the uncertainty of the battlefield we must now add a roiling economic and financial crisis in Russia, a country at war. The Russian authorities began to shut off the flow of capital out of the country. Western investors are declaring their desire to pull out, but they are now de facto trapped. Russia is answering our economic war with an economic war of its own.

The only thing missing so far from Clausewitz’s vision of absolute war is a mass patriotic mobilisation of the Russian people. The assumption behind sanctions is presumably twofold: that economic pain will turn the population and elite against Putin, and that political isolation will force Putin to back down. If we are wrong on either count, the consequences could be terrible. And it seems clear who will pay the price.

Based on Putin’s previous military expeditions in Chechnya and Syria, what now threatens Ukraine is a terrible hurricane of violence. Assuming that Putin’s nuclear talk is bluster, assuming also that he cannot accept defeat in this conflict, that he must at a minimum secure control of the entire Donbas region and inflict crippling damage on Ukraine’s army and its government, the only route forward is conventional escalation. If Russia’s efforts so far have been failing they will dig deeper into their arsenal and come up with more terrible weapons. If troops fail, substitute firepower.

Meanwhile, after the extraordinary events of the weekend, the mood in the West seems more sober. The boundaries around the conflict that we once took for granted seem to be being reimposed. As of today (Tuesday 1 March), we are still discussing which banks to actually cut out of the Swift international payments system. The oil and gas are still flowing. The Europeans have their caveats and Biden has promised to keep petrol prices in check. That may change, but even if we do try to sanction energy purchases a comprehensive blockade, as was imposed on Iran over its nuclear programme, is surely implausible. Nato members may supply some ex-Soviet jets to Ukraine, but they are not permitting the use of their airbases. The alliance will not become directly involved.

There are powerful reasons for such measures of containment. A nuclear escalation is a horrifying prospect. It must be prevented at all costs. So, as in Syria, the conflict will continue to be broadcast on social media but will be followed by a dwindling few. The horror will be localised. After the liberal romance of the first weekend that is what the primacy of politik will surely dictate.

[See also: “A city locked in a dance of death and life”: Lyse Doucet’s diary from Kyiv]

Newsletters from the New Statesman View all newsletters
Subscribe for the best of our politics, international affairs, culture and business coverage, straight to your inbox
THANK YOU
Topics in this article : Joe Biden , Russia , Russian sanctions 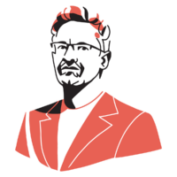