This week I met a ghost. Not some movie caricature of a risen spirit but something far more ghoulish and real: the resurrected corpse of tyranny, fundamentalism, and sheer hatred.

I’m a columnist for the Toronto Star, one of Canada’s largest newspapers and very much the voice of the country’s liberal conscience. On Monday 17 January I wrote about the anti-vaccination movement. Not a deep analysis or a thorough exploration, but a personal account – the story of my great-aunt from Eastern Europe, who would care for me when I was a child, and of the death camp numbers tattooed onto her arm, and the slaughter by the Nazis of many of her, and my, family.

How, I asked, could the opponents of the vital and compassionate Covid vaccination programme compare themselves to people ripped from their homes, tortured, humiliated, and murdered? How dare they parade the yellow star at their demonstrations and on their social media platforms, try to hijack the Holocaust, and compare their privileged and self-imposed experience to genocide? It was the world turned upside down, the denial of reality, the desecration of memory and loss.

That’s when the ghost came out to play. The column was intensely personal, difficult to write, and there were numerous people who championed it. But not the anti-vaxx militants, who I now realise move in dark and fierce regiments. 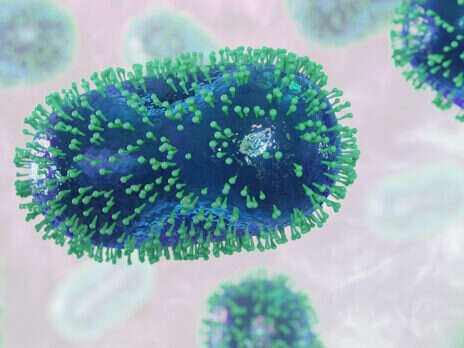 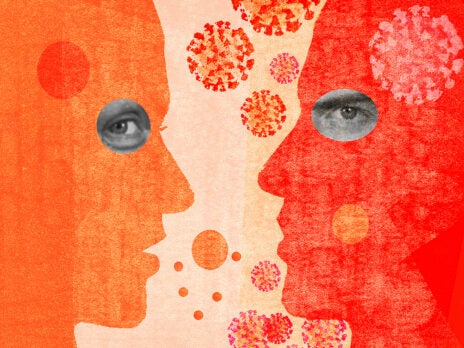 Covid might seem less lethal, but the pandemic is far from over

The tweets and emails began within moments of the column being published. I’m an old hand at this sort of thing and have been attacked by all sorts of nutters and nasties over the years, some of them highly motivated and belligerent. But never, ever anything like this. In 48 hours there had been thousands of attacks. Many of them were, of course, bot accounts, meant to destabilise and polarise, and they’re obvious by their style and appearance. But most appeared to be from real people.

As I’m a priest, dozens of them alleged that I was a child abuser, a paedophile. They varied in their explicit and gross nature. Then there were the hundreds convinced that I was a Satanist, a devil-worshipper. One had me as a “Son of Satin”. Hey, it’s lovely material.

They posted pictures of my body with a twisted, grotesque face, they told downright lies about my life and work, superimposed my face on pictures of Hitler and Goebbels, and libeled members of my family. And they threatened me, some demanding that I be hanged. (Well, they said “hung” but what does one expect?) Friendly voices recommended contacting the police, but while they meant well they didn’t appreciate how pointless this usually is. Unless there is evidence of who is behind such threats, the cops are largely powerless. I made sure the doors were locked, paid more attention to my surroundings, comforted myself that it was all bombast.

They found my website of course, and obtained my personal email. None of this is hidden, and as a cleric who deals with pastoral emergencies and hospital visits my details are out there. I wish I could say it didn’t matter and that I didn’t care but that would be untrue. Putting on a brave face isn’t the same as having no feelings. Eventually it will fade and they will move on to another target but the sobering aspect, the thought that rests permanently in the mind, is that in the end there’s actually not very much one can do about it.

So who are they, these acidic warriors in the fight against vaccinations, masks, and lockdowns? Various people, naturally, but broadly speaking hyper libertarians, religious – mostly Christian – fundamentalists, conspiracy theorists, and the weak and gullible. It’s a dangerous brew, as we’re seeing increasingly in acts of violence and civil disobedience. In North America the situation is more acute, more concerning. The mob that stormed the Capitol Building in Washington, DC on 6 January 2021 was composed of precisely the sort of people I’ve just listed. Since then they’ve become more radicalised, feel more marginalised, and are certainly more organised.

This jarring disconnect, this politicised mass psychosis, may have its origins in the US but has been replicated internationally; not always as large, and thank God not as well-armed, but it’s there, like a toxin of hysteria and ignorance pumped into the bloodstream of the body politic. Or even – ironically – a potentially deadly virus. Most of us find it all somewhat difficult to comprehend, because the belief system behind it is downright deranged, and can so easily be proven wrong. But the same can be said of fascism and racism. The same could be said, was said, but sometimes and with ghastly consequences still failed to win the day.

If the gutter press could influence millions in the 1930s, social media and Fox News can do so just as efficiently almost a century later. As many others have said before, the lie told convincingly and frequently becomes the truth, the fiction becomes the fact. I wasn’t attacked by people who thought they were bad, I was attacked by people who “knew” I was. Unless we grasp this we can never understand the problem.

Contrary to what several thousand people told me in the past few days, the Covid vaccine isn’t designed to control world population, sterilise us, or make us instantly identifiable to the new world order. It’s not the sign of the beast, not connected to some eschatological fantasy, and President Joe Biden isn’t dead and being played in public by a Moscow-trained actor. And no, I’m not the anti-Christ.

It all seems so bizarre, so ridiculous, even so irrelevant. Until it isn’t.

My bubba, about whom I wrote that column, thought that National Socialism was a circus of inadequate malcontents and that civilized, noble Germany would come to its senses. So we should be moderate in our response – but be informed and aware. What is a campaign against vaccinations today could wear a different uniform tomorrow. I wish I could say otherwise, but the people and the beliefs I’ve encountered this week aren’t simply going to disappear.

Topics in this article: Anti-vax, anti-vaxxers