Michael Carrick represents one of English football’s most intriguing talents. Mild-mannered and well-behaved off the pitch, the former Manchester United, Tottenham and West Ham midfielder was a calming influence on it. While Carrick might have lacked the box-to-box dynamism and goal-scoring gusto of a Steven Gerrard or Frank Lampard, his metronomic passing and intelligent sense of tempo are the reasons his personal major trophy haul eclipses those of 13 out of 20 current Premier League clubs.

Five top-flight titles, an FA Cup, the Champions League and three League Cups feature on a calling card that few can match. But asked to address the baffling underrated or overrated debate which has stemmed from a career that is so objectively successful, he won’t be drawn. Does Carrick think he was a world-class player? “It’s not for me to say, like. I’m proud of my career when I look back on it and I’ve not got any regrets. That’s enough for me.”

But Carrick’s humility – “I’m just a normal lad from Wallsend” – should not be mistaken for nonchalance. From first falling in love with football on the terraces of Newcastle United’s St James’ Park, he was determined to make a living out of his dream. “The odds [of becoming a footballer] are millions to one. I don’t think there’s any getting away from that… but my motivation wasn’t a case of proving people wrong, it was about proving myself right.”

A product of Wallsend Boys Club – the renowned “Boyza” youth set-up whose famous alumni also include Alan Shearer and Peter Beardsley– Carrick’s big break actually came away from the North East. Despite playing briefly for their under-14s in the Milk Cup in 1994, Carrick rejected the chance to sign for Newcastle because “they didn’t have reserves [at the time] and it was hard to see a route into their first team”. He eventually joined West Ham, for whom, quite poetically, he made his full debut against Newcastle in the 1999-00 season.

Post-match “talking points” are the worst. Once the game’s over, I’ve forgotten it all

While most Newcastle fans would consider Carrick to be the one that got away, none should begrudge him the career he went on to have. And West Ham, Carrick explains, provided the launch-pad for that. “I owe West Ham a lot. They have a great tradition of putting a lot of faith in their young players. They’re a real family club and that was reflected by the atmosphere there coming up [through the academy]. My team-mates were more than team-mates, they were genuine friends and we grew up together. We were on that same journey, sharing that same dream and there was something quite magical about it.” Before he was 21, Carrick was a regular in West Ham’s first team and a full England international.

But the Hammers’ unexpected relegation from the Premier League in the 2002-03 season, he admits, did sour his time with them. “It was awful really,” he says as he recalls the drop, and it is clear that Carrick is not short of perspective. “It was a hollow, empty feeling. You realise that the impact of relegation affects far more than just the players on the pitch and the fans in the stands. If the club are losing money, then that means people will lose their jobs. That’s well beyond a football level, it’s a human level. That’s when I knew that my performance wasn’t as simple as me just having or a good or a bad game, there was a lot riding on it. Relegation felt like we’d let a lot of people down.”

Carrick’s decision to stay at West Ham to play a part in their promotion push back up from the second tier was admirable, but after the club failed to win the play-offs in 2004, a midfielder of his quality could not afford another season outside of the top flight. Carrick signed for Spurs and after two years had done enough to convince Sir Alex Ferguson to bring him to United.

Carrick speaks of a “culture shock” on arriving at Old Trafford. Having “previously played for teams that weren’t going to win the league but might hope for a good cup run”, he says that United’s “demand rather than hope” for success “took some getting used to”. Carrick adds: “My mentality changed when I signed for United. I knew that once I got there that they were the club that were going to challenge me to be my absolute best. Trophies were talked about around the club constantly and there was always a pressure to win.”

While it would be hard to argue that Carrick didn’t thrive under that pressure for the most part – see again his stellar CV – he suspects that maintaining such high standards also took its toll on his mental health. In his autobiography, Between the Lines, he opens up about how United’s 2-0 defeat by Barcelona in the 2009 Champions League final triggered nearly two years of depression and the “biggest low” of his career. Blaming himself for the loss in which he uncharacteristically conceded possession in the build-up to Samuel Eto’o’s opening goal, Carrick reveals that he considered quitting football altogether. Suffering in silence, he describes the 2009-10 season as “the worst I had at United”. He says: “I’d lost that edge. I had a heavy head, a heavy heart, even my body felt heavy.” That he had won the Champions League with United in 2008, Carrick says, “was irrelevant”. 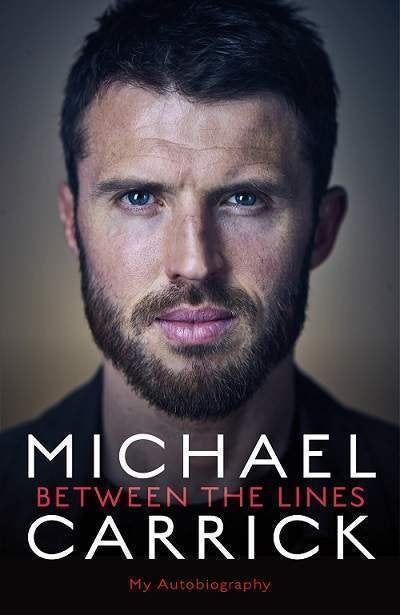 Carrick recovered, thankfully, and credits Ferguson with helping him to restore his confidence in himself. But he says that his experience proves “footballers are humans too”. Does he think the money involved in football nowadays smokescreens the public’s perception of players? “I think maybe people take it for granted that if you’re paid well and you like football, you should just be able to play well every week. As it’s a lot of people’s dreams to play football professionally, maybe they assume that people should just be happy all the time. You could be forgiven for feeling that when you’re at the top level, then there’s no escaping it. When you are constantly immersed in it, it gets a bit much, which means that the ups and downs are pretty extreme.”

Whether rightly or wrongly, abuse from the crowd is often part and parcel of professional sport. Fans have paid their money and therefore feel entitled to let their thoughts be known. “When I was a youth team player,” Carrick says, “the crowd tended to be made up of friends and family. When you get to the top level, you’ve got a packed-out stadium, strangers scrutinising your every move, and millions of people watching on TV. It’s hard because if you’re having a tough game or you’re in the middle of a tough run, then everyone knows. If you’re spotted in the street and you’re off-form, it’s uncomfortable to think that people you don’t know are aware of how your day at work has gone.”

Has the advent of social media increased the scrutiny of players? “Twitter and Facebook were big changing points for me. You can’t do anything now without people recording it online, posting a status or whatever. There are good sides too, like the interaction with some of the fans and being able to share what you want to share. But some fans can take it [voicing their opinions] too far.”

So, how does Carrick escape football when he needs to? As an apprentice at West Ham, he notes in his book, he spent his wages “mainly on clothes and Craig David or Usher CDs”. He laughs. “I’m still listening to Craig David and Usher; don’t you worry about that. No, the biggest thing I’ve found relaxing in recent years is honestly spending time with my kids, and making sure that I don’t miss them growing up. Being a taxi for them during the week actually gives me a break from football. My daughter does horse riding and going up to the stables is quite relieving. It takes my mind off things.”

Since hanging up his boots last season, Michael Carrick has joined the backroom staff at United, working as Jose Mourinho’s assistant manager. And while he may have come a long way from Saturday evenings at the Boyza, his Geordie accent intact, a now 37-year-old Carrick tells me he tries not to leave it too long between visits back. “I’m actually going for a dinner at the club tonight. The North East is still a massive part of my identity, one hundred per cent. My mam and dad are still based there, so are my wife’s family. I won’t ever lose that connection.”