Terry denies the charges, and the trial is expected to last for five days. 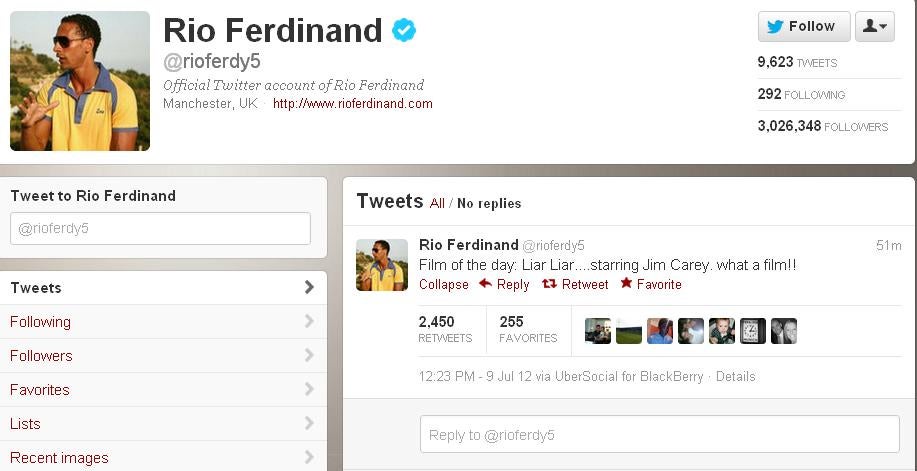 Whatever could he be referring to? Whatever it was, 2,450 people liked it enough to retweet it.

The Guardian‘s Dan Sabbagh, who picked up on the tweet, had this to say:

[With] 3m followers @rioferdy5 ought to be careful. Why should he provide a commentary on trials press can’t?