The recent national day of action in India under the campaign India beyond coal, provided a strong reminder to UK activists that coal remains as much a threat to our clean energy future as it does in the East. When Friends of the Earth announced the passage of the UK Climate Act on 28th October 2008, the green movement gushed with pride as their legislative pipedream became a reality. No one thought transitioning to a green economy would be easy, but firm commitments from the government allowed them to call out political failure and put the UK on a pathway to a clean energy future. Kingsnorth was one campaigning success against king coal, but the past four years have seen disruptive and uncompromising events divert our attention from that dirty enemy.

The reality is that our climate targets are at serious risk of being dismantled by self-interested and misguided politicians. Energy-gate, uncovered this week by Greenpeace activists and exposed in the Guardian, shows the Conservative party prepared to work against their own parliamentary candidates in order to cull progress on the Climate Act. Right now, the renewable energy sector is quivering as fracking throws tremors further than the landscape of Lancashire, and a £700mn deal with Hitachi has left the nuclear industry radiating over its low-carbon counterparts. Wind turbines have been dealt blow after blow from unsympathetic media and antagonistic MPs, and with UK solar subsidies slashed – the dream of a green economy boom looks set to bust.

News of a coal renaissance should have everyone concerned. The World Coal Association claims the dramatic rise in shale gas use in the US has left European markets flooded with cheap coal – raising its consumption, and with it, rocketing carbon emissions. The largest consumer of this 3.3 per cent rise is Germany, compensating for its nuclear phase out by opting for coal over renewables. For the UK, slacking on our renewable energy commitments will make meeting our 2020 climate targets that much less likely; our “greenest government ever” gone a muddy brown and any leadership we wished to show left to smoulder.

In emerging economies, this fossil fueled honeymoon is only beginning. Just as the industrial revolution powered up the lives of millions of British people a hundred years ago, today coal provides energy to the all consuming middle classes of developing nations. Here lies the progression of an illicit and lustful affair with coal, a dangerous obsession in the times of a climate crisis. But in an industry driven by social and environmental degradation, how long will this love-in last? And how much heartache can the renewable market take along the way?

“Crabs taught me to be anti-capitalist”: how a Margate museum is on a mission to change politics 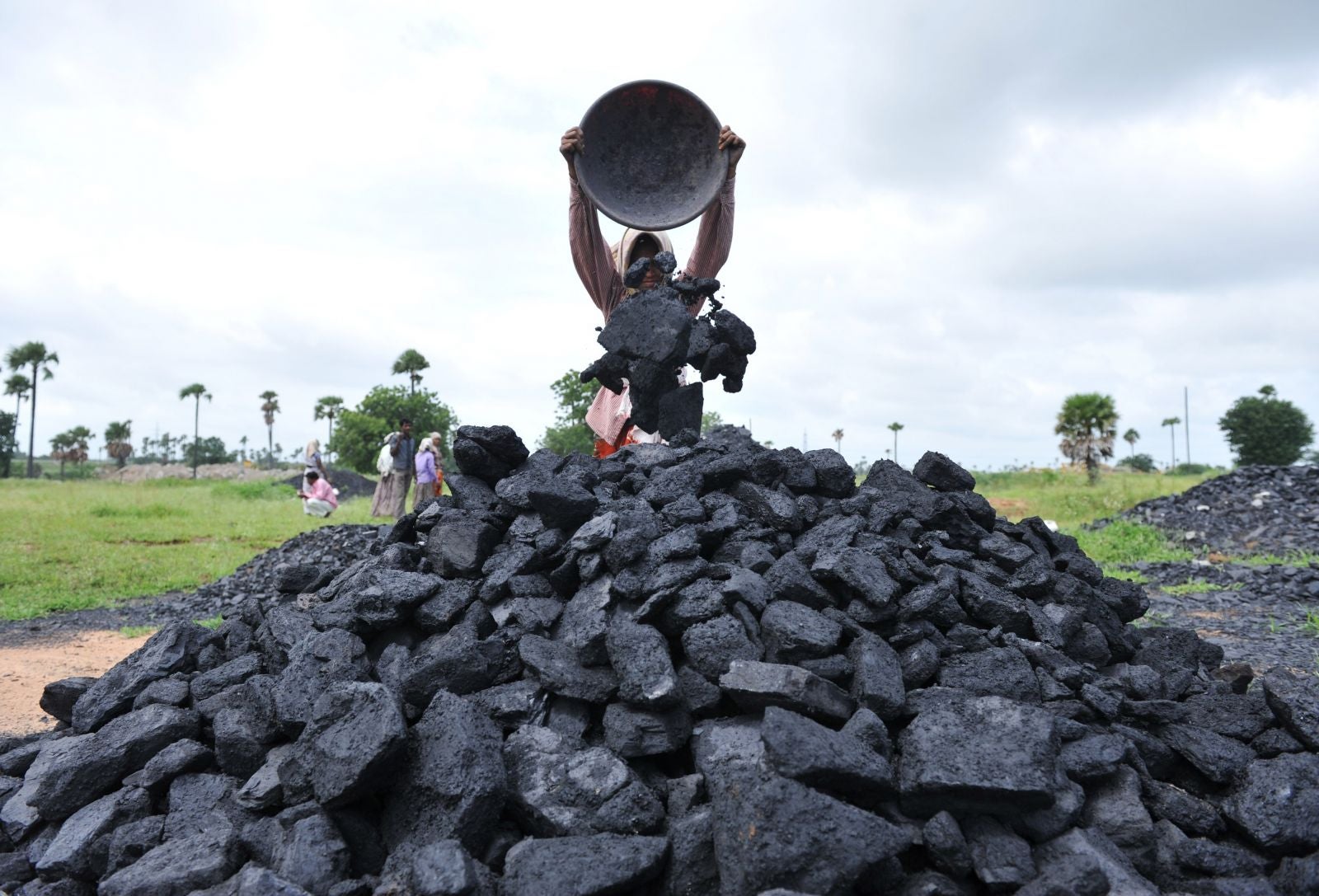 Indian labourers pile coal at a coal field on the outskirts of Hyderabad on September 5, 2012. Photograph: Getty Images

Half way across the world our government’s laissez-faire approach to the re-emergence of coal is doing nothing to shape positively the attitudes and behaviour of decision makers in India. Politicians are in cahoots with the fossil fuel industry, being propped up by the wrong international incentives and so responding to the expectation of affordable and accessible power  by locking the country into a system where 66 per cent of its electricity and 50 per cent of its primary energy comes from coal. As energy demand grows, the industry prospers under the gloss of economic and social development while in reality, India has wrapped herself in a straight jacket of environmental destruction, health deterioration and political corruption, the results of which have been felt viscerally over the past six months.

Two of the most heavily reported issues in national media this year demonstrate just how corrosive coal is to Indian society. After a summer of record-breaking temperatures, a delayed monsoon and crippling crop failures, severe blackouts cut over 700 million people from power during two long hot days. The blackouts were blamed on rising energy demands, inefficient centralized grids, critically low coal buffer reserves at power plants and the inability of coal plants to meet peak load demands. Public anger towards the energy industry was at its peak but nothing could prepare India for a political coal scandal to the tune of $33bn. Coal-Gate landed itself on the front pages of newspapers the world over, propelling anti-corruption campaigners like Arvind Kejriwal to international acclaim. Evidence released to the media showed how government officials had created a windfall for private companies to secure rock bottom prices on coal mine development sites, completely dismissing the tender process and passing it off under the guise of “public interest”.

One wonders what kind of interest the public will be paying when the industry that is responsible for premature deaths of over 70,000 a year, forced displacement and dispossession, and the destruction of thousands of hectares of fragile forest ecosystems, is put at the centre of mass financial corruption. When eminent climate scientist, Professor James Hanson classed coal-fired power stations as death factories, he was laughed off as a fanatic. His comments were aimed at highlighting the imbalance in our climatic systems resulting from increased carbon emissions. Just as Hanson predicted, torrential rains in China, widespread droughts in the US, landslides in Bangladesh, record summer temperatures in India, Hurricane Sandy and other deadly extreme weather events of 2012 are all evidence that the climate is changing. But who needs to validate climate predictions when in India, coal is already a killer?

Besides the negative impact on lives, livelihoods and livestock, for India, coal is neither cheap nor accessible. The fall in demand for coal in the U.S. has not halted the rising coal prices of the majority of exports to India that come from Indonesia, Australia and South Africa. Coal prices have thus remained high and continue to give power generators a tough time. Thermal plants rely heavily on bank loans but as was the recent case of the TATA Mundra, India’s first ultra mega power project, inaccurate forecasts of coal prices has now forced the company to plead for higher power tariffs as opposed to the tariffs that bagged them the project during the tender process. Witnessing an energy giant like the TATA’s face heat is a sure shot way to unnerve banks. Strong arguments in favor of renewable energy thus prevail, especially given the recent reverse auctions in India resulted in power producers willing to sell solar power almost in parity with coal. It’s only a matter of time that the economies of scale kicks in for solar and drive prices further down. 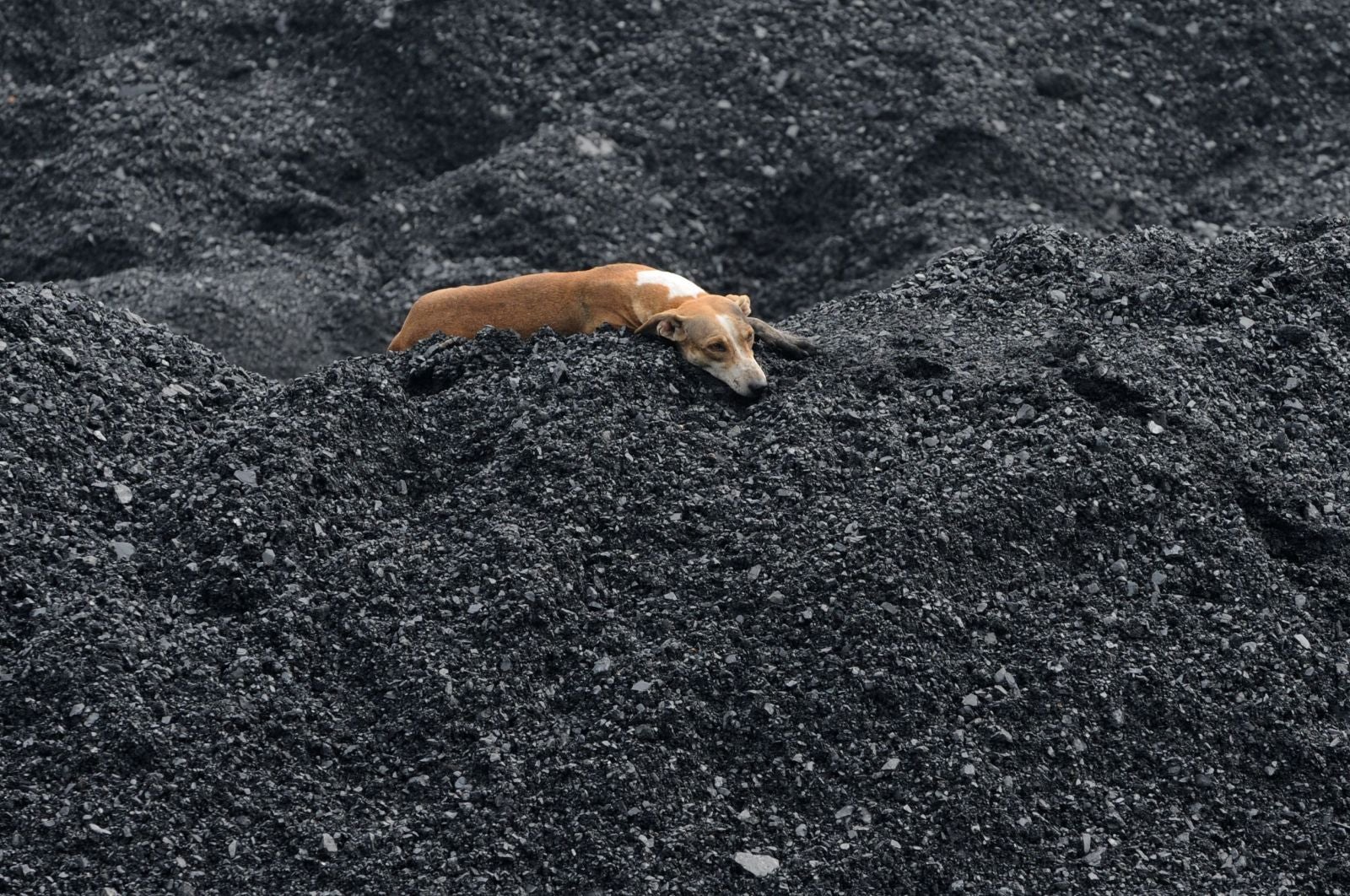 A dog relaxes on a heap of coal at the Kankaria Railway Yard in Ahmedabad on September 5, 2012. Photograph: Getty Images

So here comes the good news. An exciting number of examples of decentralized renewable energy have sprung up across India where social entrepreneurs are bringing energy to thousands of poor households, setting a precedent for the immense potential of solar as a clean, sustainable and rapidly-turning-cheap source of energy. A particularly unique approach has been adopted by organizers in the remote village of Sompeta in the state of Andhra Pradesh. The locals have been fighting a proposed thermal power plant (2,640 MW) over the last three years. Relay hunger strikes for over 1000 days and the loss of 3 innocent lives has galvanized the community to fight the plant tooth and nail. But over the last six months, the villagers have turned to the sun to answer their energy needs. Defeating the logic that coal is a necessary evil, solar energy has come as a boon to the villagers. One hundred and sixty families have adopted it and after witnessing a dramatic drop in their electricity bills, nearly 2,000 families are signed up to go solar in the coming few months. With banks offering loans and small subsidies from the state government, locals are accepting this change at a remarkable pace.

It may be for these reasons that coal has become the central issue for environmental and social campaign groups across South Asia. Following the Greenpeace Junglistan campaign earlier this year, India saw one of its largest displays of national action against coal. On November 10th, 350.org‘s “India Beyond Coal” campaign saw over 60 actions registered in 23 states across the country. From thousands surrounding a thermal plant in Chattisgarh to street artists coming together in Kolkata, various forms of protests by ordinary citizens raised a much needed alarm against India’s addiction to coal. The campaign was supported by solidarity actions in South Africa, Australia, France and right here in the UK, aiming to connect the dots of our global fossil fuel addiction at home and abroad. Mass action on this scale is a heavy reminder to us in the UK that we risk losing the battle over our government’s commitments under the prized Climate Act. We can and must fight for this Act, a groundbreaking piece of legislation put in place to provide clean air, safe energy, and a stable climate for present and future generations. Climate change puts a lot at stake in India, the UK and the rest of the world. Though our policies and methods to tackle them might be different, weaning away from coal for both nations is an inescapable option.