The fates, if they exist, must read this column, because a mere 24 hours after my last missive about the doldrums of online dating reached you, I met someone. In real life.

A last-minute bit of diarising led me to my favourite local wine bar on a Saturday night, where I sat next to a man who was tall and funny and South African (you may have gleaned by now that I like an accent) – a colleague of a close friend. I turned on my best flirt – which I have since been told was painfully transparent – and on the way home resolved to text my friend and ask for the tall, funny South African’s number the next day. I woke up, head a little fuzzy, to a message – he had saved me the admin and asked for mine.

It is an indictment of modern dating that it felt like such a novelty – so fortuitous, romantic even – to have met the old-fashioned way. To experience one of those sweet moments, however fleeting, in which you both know (or hope you both know) what is going to happen; how could it not? This alone would have been enough, but then the South African upped his game: he was going to Copenhagen alone the next weekend, and would I like to come with him. “You’re insane,” I replied, “but I like it.”

[See also: Most dates are neither good nor bad but simply fine. This I find depressing] 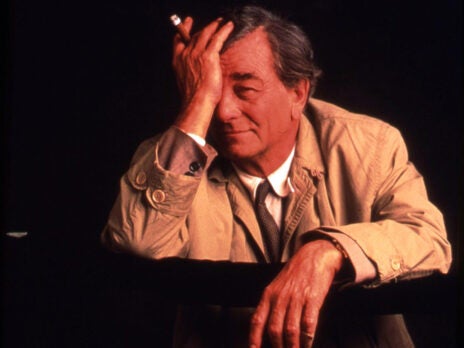 We joked, as he took the personal details needed to book my flights, that it was all some elaborate scheme to steal my identity, and indeed several friends asked, in the preceding days, if I’d seen The Tinder Swindler. By way of reassurance I reminded them that there was little he would gain from going to such lengths, except maybe maxing out my credit card. Many jests were made about my impending murder and my brother insisted that I turn on Find My Friends, though quite how this would help I am unclear: Pippa hasn’t moved in a while – has she been murdered, or is she just enjoying a leisurely lunch?

And so our first date began, less than a week after we met, at a departure gate at Gatwick. I was glad of this because, on arriving at security, the idea of emptying my pockets and taking off my shoes in front of him felt, suddenly and strangely, too vulnerable. We failed to persuade anyone to swap their seat on the plane so we could sit together, and so, a few rows behind him, I spent the flight looking at the nape of his neck, the height of his cheekbone, too fizzing to concentrate on my book.

We filled four days walking in all the wrong directions with our arms around each other, the sun turning our foreheads and the brows of our noses pink and freckled. We covered miles to hunt down just the right coffee, or a bar that met his exacting standards. He inducted me – a person who buys Campo Viejo, preferably when it’s on offer – into the world of natural wines, and I learned to appreciate their saltiness. I came to look at art and buildings the way he did, and saw more for it. I laughed, bent over double, until my sides ached.

[See also: My friends and I once moved through life in sync. Now, they speed ahead]

Alas, things won’t go any further than that, for reasons that are not mine to share. We lay in bed on our last morning and wrestled with this reality together, and he held me as I cried, and I reflected that the whole thing could be a scene in a French art-house film; it would be shot squarely from above our sprawl. “You need looking after,” he said. “Do I?” “Yes.” “You could look after me.” “I could.” Oui je pourrais. It was all decidedly un-first-date-like.

I boarded the plane home with reluctance, knowing that once the wheels touched the tarmac in London it would all be over; what happens in Copenhagen… As someone who struggles to see dating as anything but a means to an end, I find there is something sad and sweet about it all: it was a thing that happened, it was ours, and then it ended. It was rich and generous and bruising and I’ll never forget it, and isn’t that what romance is supposed to be?

I am still slightly reeling, two days later, at how quickly it all took flame and burned out. Why do I fall so hard every time? As I closed the door to my flat behind me, alone once more, the small, still voice in my head said: as you were.

Newsletters from the New Statesman View all newsletters
Subscribe for the best of our politics, international affairs, culture and business coverage, straight to your inbox
THANK YOU
Topics in this article : First Dates

This article appears in the 11 May 2022 issue of the New Statesman, Stalling Starmer