In 2011 the writer Kim Brooks left her four-year-old son alone in her car for a few minutes while she rushed into a shop to buy a pair of headphones. It was a cool day, and she kept the car window open for ventilation. Her son was strapped in, the child locks were activated and the car was alarmed. He was safe. But she wasn’t.

While she was inside the shop, a passer-by recorded a video of her son alone and reported Brooks to the police. After more than a year of uncertainty, she was sentenced to 100 hours of community service and mandatory parenting lessons.

Scared and ashamed, Brooks confided in a friend, hoping for support. She didn’t get it. “I obviously don’t think you’re a bad mum,” her friend said, searching for the right words. “I think you made a bad choice.” Had she?

Her son was not at risk of overheating, and the chance of a child-snatcher loitering in that suburban car park was infinitesimal. Lenore Skenazy, an advocate for “free-range parenting”, a movement that encourages children to be permitted to play unsupervised, told Brooks that statistically a child would likely have to be left alone in public for 750,000 years to be kidnapped by a stranger. Whatever motivated the bystander to report Brooks to the police, it was not a rational assessment of the danger faced by her son. 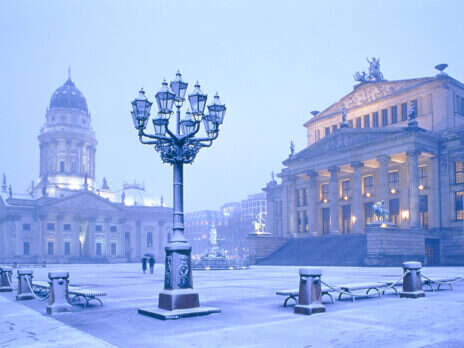 Brooks’s book, Small Animals: Parenthood in the Age of Fear, charts her efforts to understand her own conflicted feelings about that day and to examine how society assesses dangers to children.

Our fears are rarely rational: we are more likely to worry about kidnappings and terrorist attacks than traffic accidents, though the latter kill far more people. Fear often conceals a moral judgement too. An experiment by researchers at the University of California asked people to assess how much danger a child was in when left unattended in various settings. The age of the child, their location and the amount of time they were left alone remained constant, but the parents’ circumstances were altered: in one scenario the mother has suddenly fallen ill, in another she has gone shopping, or gone to work, or to meet her lover. The respondents tended to rate the situation more dangerous if parents had left their child intentionally – especially if the mother was meeting a lover or going to work.

The authors of the study concluded: “People don’t only think that leaving children is dangerous and therefore immoral. They also think it is immoral and therefore dangerous.”

The stranger who snitched on Brooks wasn’t trying to protect her son, she was enforcing a moral norm – one that is applied more rigorously to mothers than to fathers. In her book, Brooks tells the story of a father who was approached by a policeman after leaving his two young children in the car for a few minutes. The policeman tells him not to do it again because the neighbourhood mothers are “crazy” and might report him to the authorities.

By the time Brooks attends court, she is hesitant about pleading guilty. Does her lawyer really have to describe what happened as a “momentary lapse of judgement”? Can’t she fight the charge? Her lawyer advises caution. The authorities could, after all, take her children away if she is ruled to be neglectful. The criminalisation of mothers can have a devastating impact on families.

Brooks is mindful that being a white professional able to afford a lawyer put her in a privileged position. She spoke to Debra Harrell, a black single mother who spent two years fighting criminal charges after she let her nine-year-old daughter play in the neighbourhood park, where she knew many of the other children and adults, while she was on shift at McDonald’s. In a country with no statutory paid maternity leave and a shortage of affordable childcare, mothers are sometimes forced to leave their children unsupervised.

A rational response to society’s concern for child safety would not prioritise the policing of mothers. It might instead focus on improving road safety, fighting climate change and air pollution, or reducing malnutrition and childhood obesity.

Brooks would have been within her rights to write Small Animals in order to defend her actions and exonerate herself, but it is clear that this wasn’t her aim. She is speaking out about the policing of mothers because she knows other women can’t. Those who can should join her.