Anna Burns’s new novel may be set in a republican-controlled zone of Belfast in the late 1970s, but as a brilliantly realised extended metaphor for a totalitarian state it could be anywhere from Stasi-riddled East Germany, to Chile under Pinochet’s dictatorship to Salazar’s Portugal. While Milkman is a work of timely universality, it is also a distinctly Irish novel, a darkly mirthful satire with a twist of Beckettian melancholy and an anarchic touch of Swift.

At the centre of the book is a young woman of 18. She is the middle daughter of a family typical of the time and place in that it has experienced the brutal loss of several of its members, and which is pinned together by a God-fearing widowed matriarch. With a trio of innocent yet wholly precocious “wee sisters” to protect, the narrator affects, astonishingly given the context, to be indifferent to the persistent and ugly tension of her surroundings. Absorbed in the literature and language of an earlier age, she cuts an unintentionally conspicuous figure in this absolutist community: “Every weekday, rain or shine considering the state of gunplay or bombs, stand-off or riots, I preferred to walk home reading my latest book. This would be a 19th-century book because I did not like 20th-century books because I did not like the 20th century.”

As with every character in the novel, which crackles with intellectual verve and droll verbosity, the narrator is nameless, or rather goes by a soubriquet, depending on who she is with: “middle daughter”, “maybe-girlfriend”, “longest friend”. Burns populates the entirety of the book with similar epithets – the violent stalker Somebody McSomebody; the tragically damaged “tablets girl” who has a flourishing career as a poisoner; the narrator’s own “maybe-boyfriend”; and Milkman himself.

The rumoured leader of a paramilitary group (the “renouncers”), this sinister middle-aged man lurks in his white van outside the narrator’s workplace, runs alongside her as she sprints through a park, offers her lifts that she never accepts. “I don’t know whose milkman he was,” she says, “He wasn’t our milkman. I don’t think he was anybody’s. He didn’t take milk orders. There was no milk about him. He didn’t ever deliver milk.” 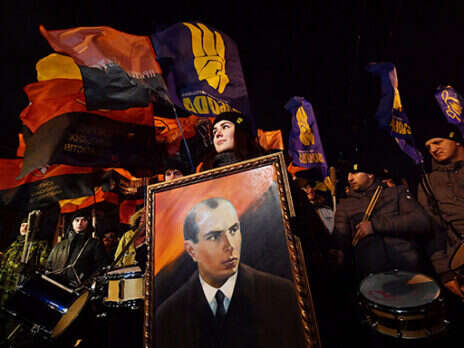 Given his insistent proximity, his all-pervasiveness, his indirect threats to kill her “maybe-boyfriend” – an unusually sweet-natured car mechanic from another district, but not the “wrong” district or religion (the “maybe” status denotes the near-impossibility of forging permanence in such pressurised circumstances) – it soon becomes tacitly accepted that the narrator is in a relationship with Milkman, which she is not. The rumour mill of gossip and insinuation is a microcosm of the larger threat of undesired military presence, part of what the narrator refers to as the “minutiae of invasion”.

The real milkman – helpfully known as “real milkman” and also the “man who didn’t love anybody” (Burns supplies precise and richly observed back stories for her characters, a vital part of her vigorous establishing of a living community and a history), is routinely despised in the area for refusing to let the paramilitaries store their weapons in his garden. Such implicit disobedience, along with the narrator’s rebellious habit of “reading-while-walking” breaks the unwritten constitution of this locked-in state, as much a state of mind as an actual place.

Violence takes place mostly off stage: but when a seemingly non-sectarian murder occurs or when a young boy commits suicide – not as a result of the Troubles, but because of his fear of nuclear war – it is greeted with mass panic: “Any killing other than political and the community was in perplexity, also anxiety, as to how to proceed.” Burns builds an intense picture of a society under siege, in a state of fugue, subject to surreptitious forces of oppression.

There are small, but significant, deviances from the accepted version of behaviour, in the evening class teacher encouraging her students to observe that the sky is not simply composed of blue but of many colours, in the refusal of the “real milkman” to comply with the paramilitaries and in the embryonic feminism of a group known as the “issue women”. It is the collective, if random, bravery of these assorted “beyond-the-pales”, together with the belated awakening of the narrator’s own conscience, which forms both a threat to the accepted order, and a necessary, spirited resistance.