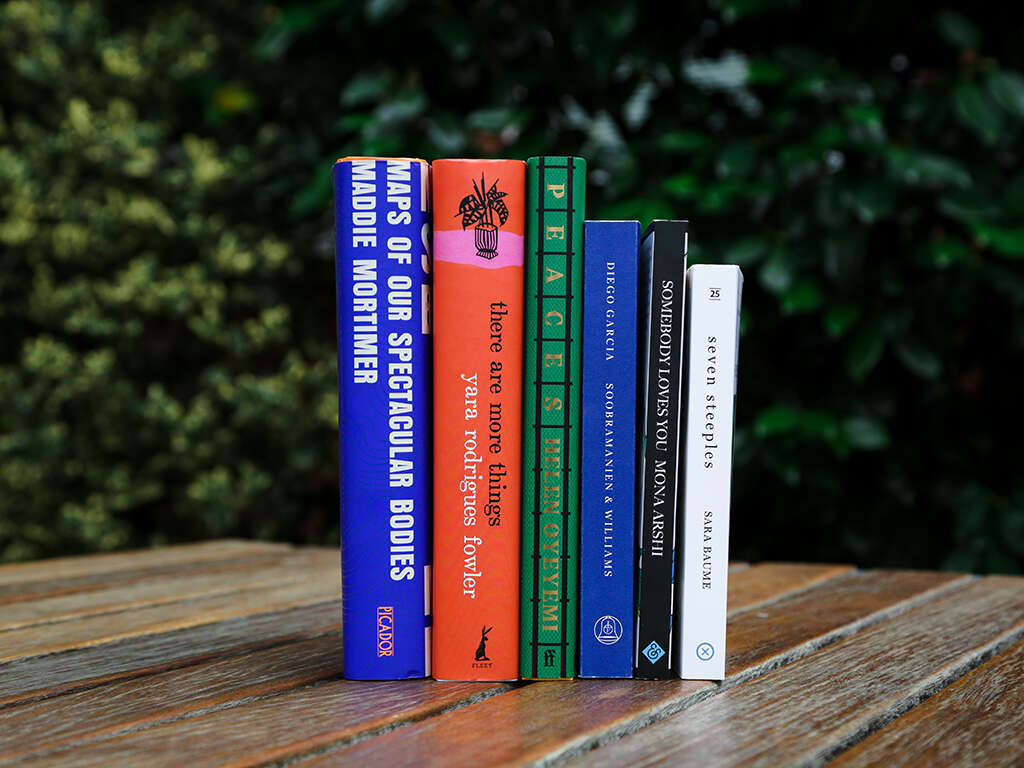 On 5 October the Goldsmiths Prize announced its 2022 shortlist – a collection of six innovative novels that tackle matters of life, death and political resistance and span Scotland, south London, Brazil and the Indian Ocean. The £10,000 award, now in its tenth year and run in association with the New Statesman, celebrates fiction by authors living in the UK and Ireland that “breaks the mould and extends the possibilities of the novel form”.

The shortlist for this year’s prize – judged by the novelists Ali Smith and Natasha Brown, the prize’s literary director Tim Parnell and Tom Gatti, executive editor, culture, of the NS – was announced following an event at Goldsmiths, University of London, with Isabel Waidner, the winner of the 2021 prize, and M John Harrison, who won in 2020. Other previous winners include Eimear McBride, for A Girl is a Half-Formed Thing, and Lucy Ellmann, for Ducks, Newburyport.

Female writers dominate this year’s shortlist. Luke Williams, the co-author with Natasha Soobramanien of Diego Garcia, is the only male author featured. Their book follows two writer friends in Edinburgh grappling with the colonial injustice of Britain’s seizure of the Chagos Islands. Ali Smith, who won the prize in 2014 with How To Be Both, described Diego Garcia as “a paean to connectivity and a profound study of the tragedy of human disconnect”.

Activism and resistance loom large, too, in there are more things. Yara Rodrigues’s narrative moves between contemporary London and 1960s Brazil, is, according to the judges, both “a celebration of the pleasure of being alive and an impassioned condemnation of some of the horrors of contemporary history”.

Also recognised is Maps of Our Spectacular Bodies by Maddie Mortimer, which won the Desmond Elliott Prize for debut novels and was longlisted for the Booker Prize. Mortimer’s protagonist is a woman diagnosed with cancer – but as she looks back over her life, a malevolent, mischievous voice makes itself heard inside her ailing body. The judges described the novel as “a love story ruled by biology” that “takes interiority to a new level”.

While Mortimer is the only first-time author on the list, she is not the only debut novelist: Somebody Loves You is Mona Arshi’s first novel, following two poetry collections. Told from the point of view of a girl who has given up talking, it is a suburban coming-of-age story stripped down to a series of precisely observed vignettes. Brown, whose own novel Assembly was shortlisted for the Goldsmiths in 2021, said Arshi’s book amounted to an “astonishingly broad and empathetic tapestry of modern Britain”.

Helen Oyeyemi offers a more outlandish version of modern life in her seventh novel, Peaces. Ali Smith described the novel, set during a fantastical train journey, as a “blast of visionary life and energy” that “liberates readers into a state of brilliant rich-and-strangeness”.

Seven Steeples completes the list. The third novel by the Irish author Sara Baume, whose second book A Line Made by Walking was shortlisted for the Goldsmiths Prize in 2017, records in meticulous and poetic detail the domestic existence of a couple who have fled to rural Ireland. Baume’s “bleak, beautiful prose resonates like a ghost story: haunting and unforgettable”, said Brown.

“All six novels are strikingly distinctive, but they are united in their creative daring,” said Parnell, chair of the judges. “Unwilling to keep treading the beaten track, our authors have found new ways of telling to eye-opening and exhilarating effect.”

The winner will be announced on 9 November. The winning author will appear at the Cambridge Literary Festival on 19 November.

The 2022 Goldsmiths Prize shortlist in full

[See also: Why “Jerusalem” is the anthem England needs]

Topics in this article: Book reviews