When Orange is the New Black writer Sian Heder first moved to Los Angeles to pursue a career in Hollywood, she worked as a babysitter for some of LA’s most famous five star hotels: The Beverly Hills Hotel, The Peninsula, The Four Seasons. She was working for extremely rich parents, many of whom had never had to deal with their own children alone before.

“I had a lot of really strange encounters with really strange parents,” she tells me. “I saw a kind of neglect happening among very, very wealthy people who had this padding of nannies and housekeepers to mask the fact that they were incompetent parents.”

Her first feature-length film, Tallulah, premiered at Sundance this January (and Netflix bought the worldwide streaming rights a week before the film had even been shown). It follows Tallulah, a rootless young woman living in her van, who, after an encounter in a hotel with a negligent mother named Carolyn, makes the reckless decision to kidnap a toddler. Starring Ellen Page as Tallulah, and Allison Janney as her ex-boyfriend’s mother who she turns to for help, the film has been compared to Juno. But it’s a very different beast: Heder’s film is a strange meditation on the impossibilities of perfect motherhood. 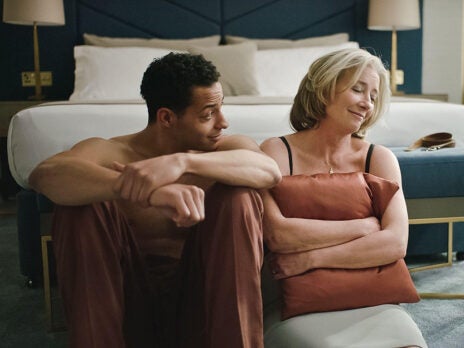 In the scene where Tallulah and Carolyn (Tammy Blanchard) meet, Carolyn rushes around the room preparing for a date, while her naked daughter strays near an open balcony door and pees on the carpet. Tallulah watches in on in shock.

The moment is modelled on an incident with one woman that stands out in Heder’s memory. Like Carolyn, she had come to the hotel to have an affair.

“She’d never been alone with her toddler without her nanny before, and she didn’t even know how to put a diaper on her child. She spilled her guts to me: it was very clear that she’d hired me more as a confidante, to get everything off her chest. When she came back that night, she was drunk, naked and rolling around on the floor with french fries everywhere. As a writer, it was fascinating, but it was horrifying as a person.”

An impulse to kidnap the child flashed across Heder’s mind. “I really desperately wanted to take that kid out of that situation, and I didn’t. I cried the entire way home, I thought, ‘I should have taken that baby! Why didn’t I?’”

Around the same time as this incident, Heder was writing about a friend who was living off-grid, out of a van. “I thought, ‘She would have taken that baby, she wouldn’t have even thought about it.’” This lead to Heder’s short Mother, which premiered at Cannes in 2006, and, eventually, Tallulah.

In the decade between these two productions, Heder had a child of her own, and was pregnant with her second during the filming of Tallulah. Did the intervening years see Heder’s perspective on motherhood change?

“A lot of that judgement disappeared, and I had a lot more compassion. I was someone who really wanted kids, and it was still incredibly hard! I thought if I was someone who was doing it for the wrong reasons, or forced into it . . . you see how it could lead to depression, or lead to bad behaviour.”

Heder’s change in perspective is mirrored in the script: we judge and mock negligent mothers in the early scenes, but come to a more nuanced understanding of the challenges they face over the course of the film. There’s an inherent sadness in motherhood that Tallulah picks over. In one scene, Tallulah becomes convinced the baby has died, and rushes in to tell Janney’s character, Margo. The baby is fine, but Tallulah and Margo lie on the bed contemplating the horror of accepting that everybody, even your children, even your mother, will one day die, until they collapse into giggles at the absurdity of mortality: “It’s just so sad!”

“That scene came from Zach Quinto,” explains Heder. Quinto is in the film, as the new boyfriend of Margo’s ex-husband, but is also one of Heder’s “oldest friends”.

“We went to Berlin together one year, and it was my birthday, and we’d gone out to drinks. We were having a very melancholy time. I said, ‘It’s my birthday and I’m older,’ and Zach was like, ‘We’re really – we’re getting old! Like, we’re old!’ We were lying in this bed up in this kind of tower apartment and the rain was coming down outside. Zach said, ‘You know what? One day, I’m going to die! Or you’re gonna die. And I’m gonna be sad if you die and you’re gonna be sad if I die. That’s the only way this ends: one of us being sad that the other one is dead!’ We were almost in tears, but it was one of the hardest times I’ve laughed.”

Heder is a warm and animated presence, and her enthusiasm comes through with relish when we discuss her other main creative project, Orange is The New Black. How does working as part of this long-running collaborative machine differ from a self-contained movie on which she is the sole writer and director?

“I love being able to be in a writers’ room, because the loneliness of being a writer is the hardest part. You have six or seven creative minds around a table and a really lively dialogue. It has changed me as a writer – it’s very difficult to go back to writing on your own after you’ve sort of been in this hive-mind mentality. But it’s also very contentious! You spend a lot of time yelling at each other because you have different ideas of where characters should go.”

Heder has worked in the show’s writers’ room since its beginning, and seen it develop from a risky Netflix original series into one of pop culture’s most praised and analysed shows. In fact, the first episode Heder wrote was series one’s “Lesbian Request Denied”: directed by Jodie Foster, the episode gained international attention for its exploration of the transgender character Sophia (Laverne Cox) and her life pre-transition. Heder cites it as her favourite OITNB experience.

“We were on the forefront of this movement of launching an awareness of transgender characters on TV. I was very nervous writing that episode. You know, Transparent wasn’t on the air – it wasn’t like that conversation was happening.”

It’s also the episode that introduces another of the show’s most well-loved characters, Suzanne, or “Crazy Eyes”, played by Uzo Adoba – who also appears in Tallulah as a social worker concerned by Carolyn’s neglect.

“That episode was also where we met Crazy Eyes in a big way, and Uzo is just my favourite. I cast her [in Tallulah] because I love her and I wanted to work with her again. But to be a part of creating a character and a voice as unique as Crazy Eyes was a great experience.”

Orange is the New Black returns to Netflix on 17 June. Talullah is released in the UK later this year, and is showing at the London Sundance Film Festival this weekend.