Maybe it was the fever, or my older cousin’s grave warnings that the movie would be too scary for me, or my best friend chasing me around his house with his toy Slimer, but one of the worst childhood nightmares I ever had was about the Ghostbusters. Still, whatever horrific twist on the franchise my virus-addled brain turned out, it never messed with the Ghostbusters’ sex: even through the haze of flu, I knew that when it came to stories, men did things, and women hung about on the fringes either having things done to them or necessitating the doing of things by men. Watching Ghostbusters with my own daughter, then, was bittersweet – because yes, both the films are beat-perfect funny, full of blissful lines and riotous mischief with the kind of characters you’d like to be friends with, but also there’s not very much to look at as a girl and say, “That’s me”. 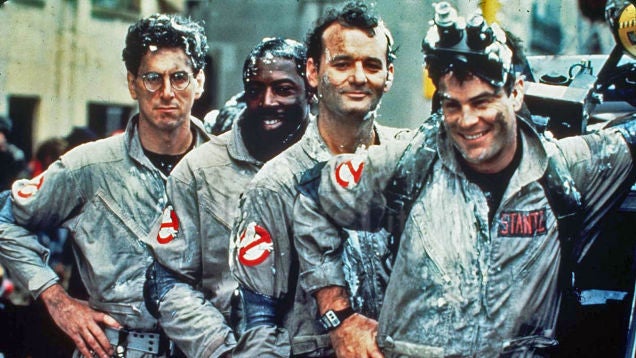 Sigourney Weaver is great, obviously, but her job is mostly to roll her eyes at Venkman and then need rescuing. Annie Potts is the secretarial broad with a crush on the boss – not much doing there, Bechdel-wise. There’s also a female ghost who haunts Dan Ackroyd’s penis for a spectral job, and apart from that, being a woman in the Busterverse had little to offer. But! This is the 21st century, and the previously impossible has become the actually imaginable in the pitch meetings of Hollywood. Yes, we will get an all-woman Ghostbusters, and yes, the cast confirmed by director Paul Feig is a perfect match for the ’80s line-up: we’re promised Kristen Wiig, Melissa McCarthy, Leslie Jones and Kate McKinnon. Like the original cast, Feig’s choice of actors is strong on Saturday Night Live talent, meaning the easy camaraderie of improv should flow through the new film; and with one black actor and three white (including one fat-and-white), they’ve been cast to match their predecessors perfectly.

True crime’s legal pay-offs give it a righteous gloss – but it’s still only shallow, manipulative entertainment

Catherine Called Birdy: The secret diary of a medieval teen

Why we shouldn’t sanctify David Bowie 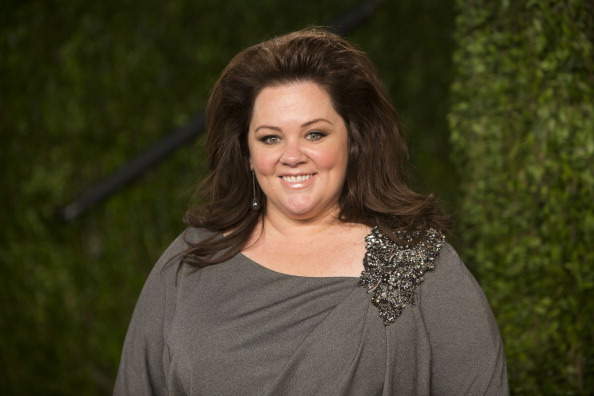 Not everyone is happy about it, of course, because when is everyone ever happy about women getting an even break? And sadly, one of the not-happy contingent is Ernie Hudson, who played Winston in the original films: “All-female I think would be a bad idea,” he said (in a view that is maybe-not-entirely uncoloured by his own professional disappointment at missing out on the chance to appear in an original-cast sequel). “I love females,” he chivalrously conceded, “I hope that if they go that way at least they’ll be funny, and if they’re not funny at least hopefully it’ll be sexy.” You’d think “funny” would be the least to expect of a comedy remake, and sexy is a strange second best given that the Ghostbusters’ hotness was never a driving force in the first place, but I guess that’s one view of females for you: just not quite as good as men, but with the option to boost their bangability quotient to make up for their deficiencies.

Zuul preserve us from Victoria’s ’Busters strutting around in their pants with proton packs instead of wings. Here’s what I think we’ll actually get: a film that is a lot like the 1984 Ghostbusters, with women in it. That’s it, and in a year when barely any of the best picture Oscar contenders has a female character worth writing home about (never mind two that talk to each other), this is about the most exciting thing cinema could do. Depressingly, films like this are still groundbreaking. Feig’s 2011 film Bridesmaids (which starred Wiig with McCarthy in a supporting role) got a whole lot of column inches of the “gosh, women really can do comedy” kind – which surely shouldn’t have been news by then. Tina Fey’s sitcom 30 Rock started in 2006, and Amy Poehler’s Parks and Rec began in 2009: both handed plumb roles to female performers and let them occupy space of their own, rather than hemming the women characters into the selvedge around men. 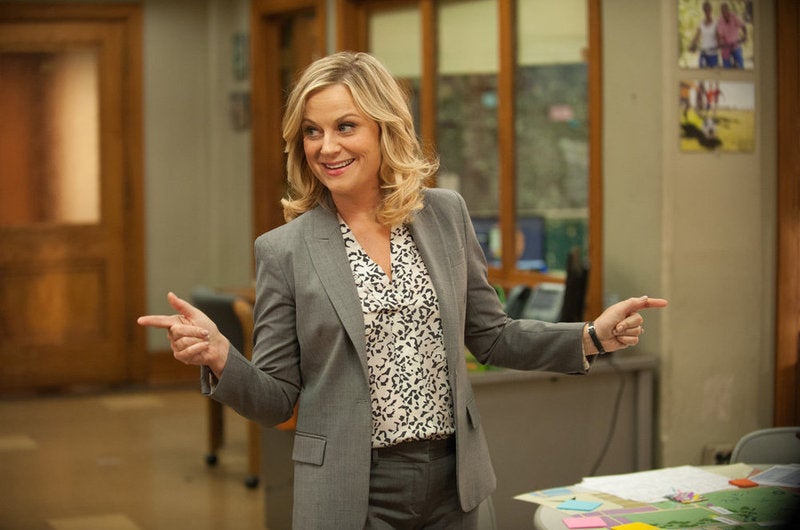 But what Bridesmaids showed was that if you put a bunch of women in a film and let them goof around pretty much like real people do – a bit nice, a bit messy, a bit control-freaky, a bit horny, a bit (in the case of the bad-Mexican grossout scene, which went past my “lol” reflex and straight to “gag”) faecally incontinent – people will show up to the cinema, and when they get there, they’ll laugh their tits off. Because while women hanging out with women happens less often on-screen than a Liam Neeson gun brawl, it’s just plain old real life for the women in the audience – as ordinary as air and every bit as necessary. There will, inevitably, be a male contingent that doesn’t want to see this, men who might claim they ain’t afraid of no girls, but for whom any suggestion that women are actually people is the spookiest thing in the world. And an all-female Ghostbusters is the best way to exorcise some of that lingering Hollywood sexism.