In wealthy countries, children are pampered prisoners. Their material needs are provided for, but they are told when to eat and sleep, what to do each day, where not to go. Portrayals of children in novels, cinema and paintings seldom acknowledge this imprisonment explicitly but it is the source of much of their potency and poetics. We often think that art about kids is second-rate because it is nostalgic or immature. In fact, the best of it is profoundly revealing.

I thought nothing of this when, as a boy, I was attracted to cinema like a tractor beam. In Belfast of the Seventies, where I saw my first pictures on the big screen, cinema was a stabiliser, like the little wheels we had on our bikes. I was nervy, but less so when the lights went down and the film started.

The Wonder: Florence Pugh is controlled and commanding in this brilliant film

Like many people, I put cinema in my pocket and we got on with the business of growing up together. The first feature film I made as an adult, The First Movie, was about children in Kurdish Iraq seeing their first movie. For the experimental festivals I organised with Tilda Swinton (we pulled a mobile cinema from Kinlochleven, on the west coast of Scotland, to Nairn on the east, showing films in villages along the way) we stole ideas from fairy tales and santas’ grottos to try to make what we did enchanting.

Pablo Picasso said that all children are artists and that the inhibitions of adulthood mask such creativity. We should, he argued, unlearn some “grown-up” ideas: that to appear professional is always a good thing; that the amplitude of our emotions should be hidden; that life is a selling game. Picasso thought we should improvise life, ad-lib it, ride its waves like kids do. After my last project – The Story of Film: an Odyssey, a 15-hour movie history – my hunch was to do something more associative, less linear. What could be more associative and less linear than the behaviour of kids, their fleeting tantrums and triumphs?

The result, A Story of Children and Film, came about by accident. One morning after breakfast, I casually filmed, for 11 minutes, my niece and nephew playing in my flat. In that short time, they went from shy to showing off, grumpy to funny to violent. As I watched them, I realised how present-tense their lives were. They weren’t thinking of what we would do tomorrow, or did yesterday. They were letting rip, minute by minute, their emotions flowing.

The footage showed their fun, frolics and inventiveness. They were great at being in the moment – and cinema is the art of the present tense. I decided to make a film about their 11 minutes of play, building out into other movies in which children seem to revel in the present.

We edited in scenes from kids in China, Mexico, France, Denmark, Russia. Iran in the 1990s was a particularly rich hunting ground for children’s films, as were Czechoslovakia and Sweden of the 1960s and Japan of the 1930s. Iranian directors are so good at portraying children, in part because censorship limits how they can present adults. They are not allowed to show sex or much violence in their work. Instead, pictures such as Jafar Panahi’s The White Balloon and Abbas Kiarostami’s Where Is the Friend’s House? focus on children, their frustrations, curtailment, inventiveness and fortitude.

Often in American movies the child is heroic; in keeping with some of the central ideas in American culture, these young protagonists try to change the world. In The Wizard of Oz, Judy Garland’s character, Dorothy Gale, assembles a motley crew and becomes their leader, parent and visionary, facing down her adversary the Wicked Witch of the West, seeing through charlatans such as the eponymous wizard, and sagely showing comrades who think they are cowardly or unemotional that they are neither. In ET, Elliott has more emotional wisdom than the scientists, or his mother. He sees through the adults’ fear of the extraterrestrial, and their desire to exploit him, to the deeper truth that ET is a creature with feelings.

In Japan, again in response to cultural norms, children’s shyness is a key theme. And it’s no surprise that social class is an important issue in many of the great British portrayals of children on screen, such as Ken Loach’s Kes, David Lean’s Great Expectations or Lynne Ramsay’s Ratcatcher. Billy in Kes is overlooked in a combative world that values middle-class articulacy. Posh Estella’s disdain of Pip in Great Expectations makes him conscious, for the first time, of his clothes and accent, just as he falls for her. Love fuses with shame.

A Story of Children and Film is the first film to look at the cinema of childhood on a global scale. I have since curated Cinema of Childhood, a touring season of movies about children, funded by the BFI. The season doesn’t include blockbusters such as ET, art-house classics such as The Red Balloon and Cinema Paradiso, or animations such as Spirited Away. Instead, I have tried to look beyond, to films that are just as good – or better – but that come from parts of the spectrum that are much less familiar. We are showing the great 1930s Japanese film Children in the Wind, Djibril Mambéty Diop of Senegal’s spiky picture The Little Girl Who Sold the Sun, and a Fifties American movie, Little Fugitive, which was so fresh and ahead of its time that it influenced François Truffaut’s 400 Blows, made six years later.

Many children’s films are essays in detachment, stories of bonds loosening, of slipping the tether. Palle Alone in the World, a Danish short made in 1949, is a manifesto for this kind of detachment. A little boy wakes up to find that all the adults in the world are gone; so are all the rules and all the barriers to running amok. He steals a fire engine and drives it fast, then pilots a plane – to the moon, of course. 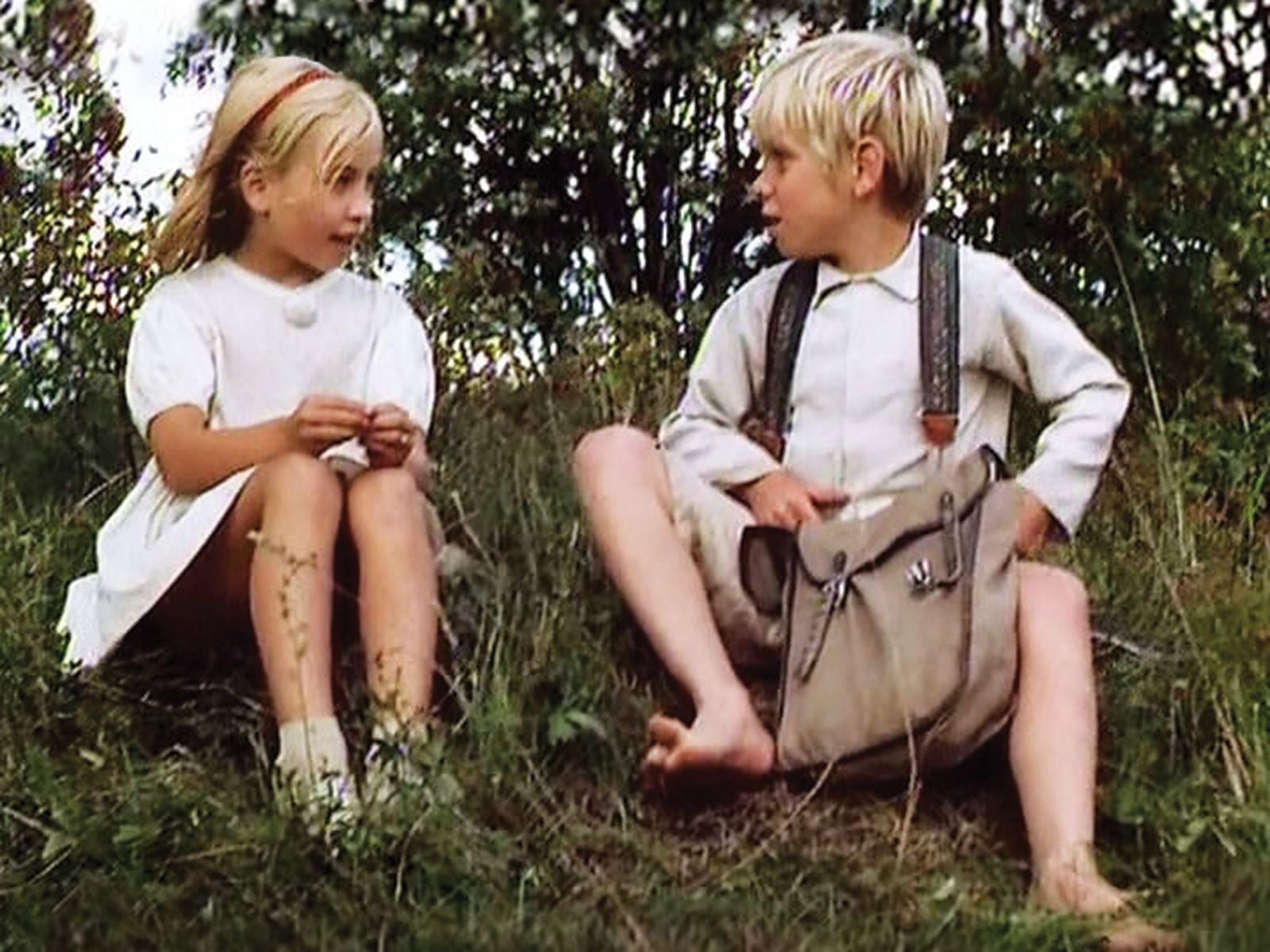 Hugo and Josephine, a classic in Sweden but not well known elsewhere, is about the kind of expansion you feel on a hot summery day, when the fields and sky seem to open out like a flower. It’s as though the title characters have been on a small stage, but then the walls and the flats fall away to reveal broad vistas, horizons of friendship and travel.

One of the world’s finest film-makers, Mohammad-Ali Talebi, who will travel to the UK from Iran to talk about his work in the Cinema of Childhood season, seems acutely aware that films about children are really films about freedom. In one of his best, Willow and Wind (1999), a boy who has broken a window in school goes on an edgy adventure to find a replacement pane, which he then carries back to the school. As we watch him struggle with the glass across fields and rivers, it starts to look as if what he is carrying is the film’s metaphor: a frame, that invisible rectangle within which a child must – according to the rules of teachers and parents – live. The pane is a chain, the thing that imprisons the boy.

It’s not surprising that films about kids are exciting to adults. We feel better for having explored them. We carry them in our pockets, now, too.

“A Story of Children and Film” is released on 4 April. The Cinema of Childhood season opens on 11 April at BFI Southbank, London SE1, and will tour the UK for a year