Two of this year’s strongest, strangest films, both directed by women and each addressing the lives of exploited people, are characterised by a narrative disturbance that occurs around the midway point. Alice Rohrwacher’s Happy As Lazzaro and now Mati Diop’s lyrical migrant drama Atlantics, a kind of cinematic sea shanty, hint that conventional storytelling forms aren’t sufficient any longer to contain or convey our modern-day turmoil. In withholding some of the comforts of tone, genre and structure, these film-makers deny their audience the customary reassurances that all is well in the world.

Atlantics appears at first to be a straightforward romance: the camera loves Souleiman (Ibrahima Traoré), a Dakar construction worker, and Souleiman loves Ada (Mama Sané). He has even carved “S+A” inside a love-heart on his wall. But she has been promised to Omar (Babacar Sylla), who demonstrates his affection by presenting her with a smartphone. Ada’s friends don’t know why she’s complaining. She’ll get to live in luxury, and Omar is one of those men who’s always away on business – Souleiman’s employer, Mr Ndiaye (Diankou Sembene), who hasn’t paid him and his co-workers for three months, is another – so it’s not as if she’ll even see him much. Ada insists, though, that she can’t go through with the marriage, and the stage is set for a showdown between the man she loves and the one she never will.

Except that the stage proves to be unexpectedly empty. Arriving at a beachfront bar to meet Souleiman one evening, Ada finds the place populated by women sitting around disconsolately with not a man in sight. “The boys have gone,” the manager tells her. “Out to sea.”

Sané, a newcomer, may be the star of the film, and with her wild tendrils of hair and her large, luminous eyes she is a captivating one at that, but when it comes to screen time she faces some stiff competition from the ocean. First seen as a nebulous shimmering haze, it metamorphoses magically according to Ada’s state of mind. When she and Souleiman are canoodling on the beach, Diop frames the shot so that the shore and the waves play peek-a-boo in the space between Ada’s face and the glistening nape of her lover’s neck; sand, sea and skin are made to seem part of one continuous landscape. 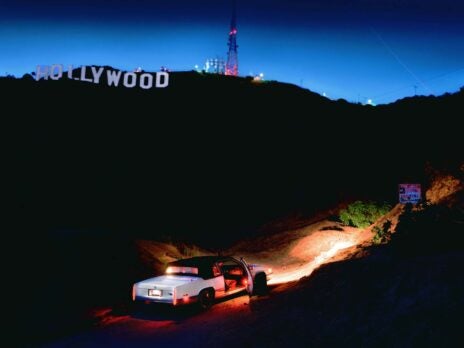 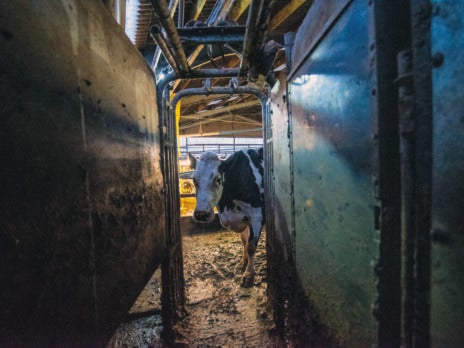 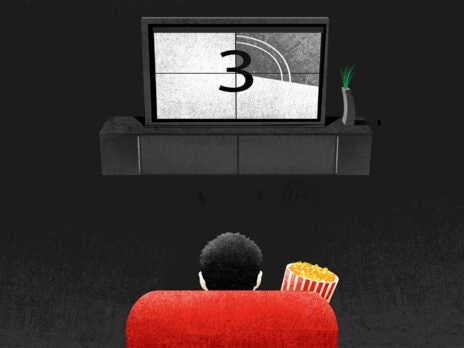 Once Souleiman has set off on the perilous journey from Senegal to Spain, the sea is no longer a force of romantic yearning for Ada but an enemy who stole her man; the crashing waves seem to be hissing at her. The cinematographer Claire Mathon has form when it comes to making water a character in its own right (she shot the thriller Stranger by the Lake, set entirely around a gay swimming spot and cruising ground). Here she renders the sea as a source of contradictions, one moment a pitiless grey broth, the next a blanket undulating in the blue dawn as though draped over a softly stirring giant. Fatima Al Qadiri’s intricately textured score compliments these shifts, enriching ambiguity and never knowingly repeating a theme or motif from one scene to the next.

It is notable enough that Diop and her co-writer Olivier Demangel should focus on the deserted women rather than the migrants making the crossing. But once Atlantics takes a supernatural turn, and some of the Dakar women find themselves possessed at night by the spirits of those men who have perished at sea, the film moves into an eerie new register. Inhabiting these women’s bodies and turning them into milky-eyed zombie arsonists, the men come to claim the wages owed to them by Mr Ndiaye. As attempts at redress go, it’s a good deal more eye-catching than an industrial tribunal.

I know what you’re thinking – what is a ghost going to do with three months’ back-pay? Diop is more concerned, however, with the spirit of the act than the small-print. (She doesn’t quite explain why a young police inspector, played by Amadou Mbow, is also among the possessed.) The picture elides the distinction between living and dead, arguing that the ghosts of those who died seeking a better life will always walk among the communities they left behind. Nowhere is that point better made than in the bar to which the characters on both sides of the grave return, lured there as if by a siren song. Drenched in azure light, and with vivid green lasers sweeping the room like a marine radar, it suggests nothing so much as the ocean floor.

Diop is the niece of the late Djibril Diop Mambéty, whose 1973 masterpiece Touki Bouki is one of the great migrant stories, and one of the visionary landmarks, of postwar cinema. It was his first feature, and he only made one other before his death 25 years later. Asked near the end of his life about his productivity rate, Mambéty said: “I had a love affair with a princess called Tortoise.” (He could make even inactivity sound poetic.) On the strength of the extraordinary Atlantics, Diop’s own debut, it is to be hoped that his niece has rather more of the hare about her.