“A series of waves, followed by a tsunami.” That’s how Paul Howell, the property developer turned Conservative MP for Tony Blair’s former seat of Sedgefield, describes the changes in the political landscape that led to the 2019 election, as documented in Sebastian Payne’s Broken Heartlands. It was Labour’s worst general election result since 1935, and it may go down in history as a decisive realignment in British politics.

Broken Heartlands is a tour of the world left after the flood, with Payne visiting ten different constituencies that fell to the Conservatives in 2019: ten bricks in the so-called Red Wall of Labour’s historically safe seats in the Midlands and northern England. One of the book’s many strengths is its precision: the term “Red Wall” has undergone many changes since it was coined by the pollster and strategist James Kanagasooriam (as Payne reveals, the reference to Brian Jacques’ Redwall series of children’s fantasy books is intentional). Kanagasooriam used it to identify a demographically and electorally similar group of constituencies, but it has since been lazily used to describe any or all of the seats that the Tories won in 2019. As Payne rightly argues, classic marginal seats such as Darlington are not part of a former Labour heartland, and adding them to the list of Red Wall seats confuses the picture.

There are small things that a churlish reader, such as myself, might object to about Payne’s definition: I would include Morley and Outwood, the West Yorkshire seat Ed Balls lost in 2015, in any useful definition of the Red Wall, and exclude seats such as Wolverhampton North East, which was Conservative-held from 1987 until 1992. But Payne’s careful framing allows him to quantify and discuss Labour’s problem in a serious way, without cliché or excessive generalisation.

The story of the Red Wall is more complicated than the one often presented – of benighted areas, scarred by globalisation, whose residents are angrily preoccupied with those who state their preferred pronouns in email signatures. He starts in Blyth Valley, where the former MP Ronnie Campbell tells Payne that in 2019 “there were more Labour votes in the posh areas than there were in the council estates”. The debate between Campbell and his wife, Deidre, poses what seems at first to be the book’s central question: did the Red Wall break because of Brexit, or Jeremy Corbyn? But Payne’s book examines the narratives on Red Wall constituencies like the layers of an onion: starting with superficial readings, before peeling them back to reveal greater complexity. 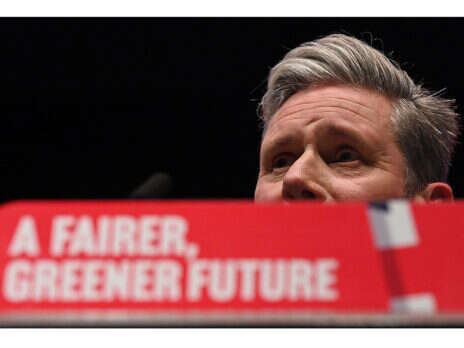 As Lee Rowley, the Conservative MP for North East Derbyshire – one of the few Labour seats to fall to the Tories in the 2017 election – puts it, “people were attracted to the [Conservative] party, but they needed a pathway to get there”. For some, the pathway was Jeremy Corbyn, for others Brexit, in some cases, both.

But the biggest thing the areas Payne goes to have in common is this: “In every Red Wall seat I visited, new housing estates have emerged outside the traditional centres.” The comfort Labourites should take from Payne’s book is that their Red Wall problem looks very similar (and in some cases includes the same places) to their difficulties in the 1950s and 1980s. In the 1950s, Labour lost the 1955 election with a manifesto opposed to ITV’s creation, and lost again in 1959 with a manifesto that was grudgingly agnostic towards the new television channel; in the 1980s, the party struggled to come to terms with Thatcherism’s winners. Labour’s perennial problem has been appealing to voters who are culturally at odds with its strange combination of puritanism and liberalism, and its tendency to depict the United Kingdom in a gloomy light, though, as Payne notes, the majority of his interviewees say that the issues that matter most to them are “primarily economic, not cultural”. That Labour’s voters are divided on what they think about statues of historical figures is less important than them being united in ultimately not caring very much about statues.

But it should also be a source of anxiety to Labour that the right, left and centre of the party all failed to lead it out of the wilderness in the 1950s and 1980s, and failed again in the 2010s. The familiarity of the Red Wall problem doesn’t mean the party is any closer to solving it, as even a cursory glance at its history would tell you.

As far as recent Labour history goes, a book by Len McCluskey is an exciting prospect. McCluskey was general secretary of the UK’s second largest trade union, Unite, from 2011 until August 2021, and when I was editing the New Statesman’s politics blog, the Staggers, a piece by him was always a source of intrigue in the office. The process would usually begin with a text or email from Pauline Doyle, Unite’s communications chief, letting me know that McCluskey had written something, and was there interest in running it? (The answer was, if I had anything to do with it, always “Yes”.)

When the piece arrived, there would be at least one colourful insult or controversial turn of phrase, and it would be almost guaranteed to cause a ruckus. It was obvious that he wrote these articles himself: as one of McCluskey’s fellow trade union leaders once said to me: not only could you hear “Lennie’s voice, but see him typing with two fingers, chuckling to himself” as he bashed out the words. Like most journalists, I’ve always abided by Oscar Wilde’s truism that the one thing worse than being talked about is not being talked about – and a McCluskey piece always guaranteed attention. The only thing that could puncture the general mood of anticipation was the lawyers, who would almost always cut one or two of the better lines, and in some cases, whole paragraphs.

So I had high hopes for Always Red, McCluskey’s account of his life, loves and relationship with the Labour Party. McCluskey thanks Alex Nunns, Corbyn’s former speechwriter, for helping him to “structure and shape the book”, writing that it would “never have been completed” without his help. But “McCluskeyisms” are few and far between.

There’s an enjoyable moment in which he accuses the airline executive Willie Walsh of having “a dose of Napoleon Complex”, and another when he describes Jeremy Corbyn’s first shadow cabinet as a collection of “some of the most venomous, treacherous snakes in the party”. There are fun digressions about Liverpool Football Club and touching and candid reflections on his domestic life. But the book has the unmistakable feel of so many politicians’ memoirs, filled with passages of the “Gail… totally loyal, always on top of her brief… Tony, always a steady hand, was ever ready to assist” variety. There is even the near-obligatory reference to a love of The West Wing, with McCluskey explaining that he saw himself as a Leo McGarry-style backroom fixer, and that he was determined to have his own Leo in office: Andrew Murray, the trade unionist who became an adviser to Jeremy Corbyn in 2018, a “brilliant intellect and a wonderful wordsmith”.

Predictably, McCluskey says that the divisions between the Jewish Labour Movement (JLM) and the Jewish Voice for Labour (JVL) organisation revealed a debate in which there was no consensus. He seems oblivious to the reality that 93 per cent of British Jews did not support Jeremy Corbyn in 2019: there was a consensus, and it was on the side of JLM, not JVL. But despite this moment of selective memory, his book is essential for understanding one side of Labour’s divide in the 2010s and 2020s, and a gift to future historians.

Had Michael Ashcroft digested Always Red before writing Red Knight –an unauthorised biography of Keir Starmer – he might have produced a more interesting book. (It could hardly have made it worse.) Part of Ashcroft’s problem is that most politicians are not best illuminated through lengthy studies of their pre politics careers, and Starmer is no exception. In Labour terms, starting out on the left of the party and ending up in the middle of it is about as interesting as a day of the week ending in a “y”, and no matter how hard Ashcroft tries to make this story revelatory or interesting by sneering at it, it simply isn’t so.

On my deathbed, I will rue the time I spent reading about the meetings of the Haldane Society of Socialist Lawyers that Starmer attended as a young radical and whose members declared in 2021 he would not be eligible to rejoin. The book is full of flimsy supposition: when a Facebook group asked Starmer to run for the leadership just weeks after he was first elected as an MP in 2015, he demurred, but Ashcroft seriously entertains the idea that his delay in responding to them indicates he was mulling whether to accept. My favourite example concerns the young Starmer’s love life. Ashcroft reports that, besides the two ex-partners his research has uncovered, “several people have claimed that he had ‘other girlfriends’” in his 20s and 30s, adding that, “Intriguingly, they note he has always been careful about remaining on good terms with these women.” My inner liberal metropolitan may be showing here, but “man has more than two girlfriends over the course of his adult life, and is on good terms with them” does not seem particularly surprising.

Anyone interested in Labour strife should stick to McCluskey. And anyone keen to discover what Red Wall voters must think of Starmer should ignore Ashcroft’s speculations on the subject and look, instead, to Sebastian Payne.

[see also: Labour’s lost future: the inside story of a 20-year collapse]

This article appears in the 22 Sep 2021 issue of the New Statesman, Great Power Play