During Mao Zedong’s rule, you could be detained for discussing your cat (as the academic Perry Link once noted, the word is a near homonym for the Great Leader’s name). This no longer happens in China. Instead, the government has developed an armoury of tools to monitor, classify and repress the behaviour of 1.4 billion people. The internet has become a focal point for the state’s gaze; cyber sensors suspend social media accounts, search terms are blocked and sites such as Google and Twitter are inaccessible.

The Communist Party has made no secret of this. But attacks on internet freedom are not limited to China, as James Griffiths writes in his new book. Internet blackouts pioneered in China are now a preferred tool among dictators. China has advised Russia on internet filtering, and Russia has enlisted the Chinese company Huawei to build the hardware for a controversial bill that expands internet surveillance.

Yet while citizens in the United States and elsewhere have access to a greater array of websites, they are no less monitored. Google is reportedly designing a search app, Dragonfly, that will be compatible with China’s censorship provisions, while the multinational Cisco supplied filtering technology to China’s censors in the early 1990s. The UK, too, is in on the game. At a 2017 trade fair in Shenzhen, an executive from CCTVdirect, a British company, lamented “how far behind” Western countries were. “What starts here [in China] ends up in homes, airports and businesses back in America,” he said.

This is what makes the recent espionage scandal involving Huawei so interesting. Huawei is leading the global rollout of 5G wireless internet but America has pressured other countries to reject its equipment, claiming it could be used for state spying. Does the US fear China’s creeping eye, or the country’s disruption of a Google-led surveillance hegemony? 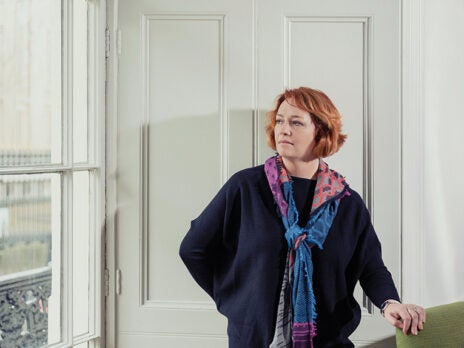 Eimear McBride and the anatomy of misogyny

China’s powers of censorship are not total in their reach. The reality, Griffiths observes, is akin to what Link once termed the “anaconda in the chandelier” – the creature may not be moving, but fear is sufficient to shape behaviour. Link wrote that censorship invokes a “dull, well-entrenched leeriness” that people “eventually accept as part of their natural landscape”. When the objective is social control, illusion can be as powerful as reality.

In Xinjiang, the autonomous region home to the Muslim Uighur community, internet censors quell any murmur of ethnic dissent. During Mao’s Cultural Revolution, ethnic minorities, including the Uighur, were persecuted, and more recently Uighurs have been forced into re-education camps. In a society that has become increasingly hostile to minorities, Griffiths describes how the internet “provided a space for the realisation of a distinctly Uighur identity”.

In 2009, riots erupted in Xinjiang’s capital between Uighurs and Han Chinese. The Chinese authorities responded by taking the entire population of Xinjiang offline, and have since approved a bill criminalising use of the internet in any form that could undermine national security. President Xi Jinping has described Xinjiang as the “front line” in China’s battle against terrorism; the region’s security budget has tripled since 2009. Last year China launched a flock of robotic doves that swoop above Xinjiang, flapping, diving and turning in the clouds while recording movement on the ground below.

The priority of the Communist Party is to maintain its grip on power. This explains why censors have targeted unorthodox groups, including adherents of Falun Gong, a spiritual practice centred on meditation and slow-moving exercises. Censors “do not care about blocking content,” Griffiths writes, “they care about blocking solidarity.”

Griffiths’s strengths are as a reporter: he has an eye for character and writes with impartial rigour. But although he effectively details how China built its alternative internet, he fails to address some of the deeper questions its panopticon poses. The meaning of privacy and freedom – for Chinese citizens living with an authoritarian internet regime, or for citizens elsewhere under surveillance capitalism – is left unexplored.

In a cursory epilogue, Griffiths writes that the path beyond Silicon Valley’s hollow libertarianism or China’s state censorship is a publicly owned internet freed from “the pursuit of profit or top-down control”. In an age where life is increasingly conducted online, his conclusion feels more urgent than ever.

The Great Firewall of China: How to Build and Control an Alternative Version of the Internet
James Griffiths
Zed Books, 400pp, £20

This article appears in the 27 Mar 2019 issue of the New Statesman, Guilty