On 2 December 2019, in the Members’ Room of London’s Tate Britain, Lawrence Abu Hamdan is worried about his voice. His daughter brought a cold home from nursery and he is now trying not to strain his throat, as he sips on lemon and ginger tea. The day after we meet, he would go on to win this year’s Turner Prize in an unprecedented result that saw the award shared between the four nominees. But for now, he is solely focused on getting his words out.

Given the themes which dominate his art, it is pertinent that Abu Hamdan is losing his voice. His multi-disciplinary practice encompasses sound, acoustic memory, and the politics of listening. Working with audio material, he calls himself a “private ear,” a label that “speaks to the way in which I use the space of art to interpret, reimagine and rearticulate politics.” Sound is an arresting medium through which to tell stories because “it is inseparable from the space in which it resounds – it brings people into the event that aren’t intentionally invited.”

Born in Amman, Jordan, in 1985 to an English mother and Lebanese father, Abu Hamdan spent his teenage years in the early-mid 2000s as part of the DIY music scene in Leeds, organising gigs in a way that by-passed the industry’s middle-men and managers. It was “a political and aesthetic awakening which expanded the acoustic and sonic horizons I’d been used to”, an experience which made him aware of “the dynamic between the performer and the audience, which is very direct in music and often absent in art.”

In a career that has seen his works exhibited at the Guggenheim and MoMA in New York, and Tate Modern in London, his performance space is now the world’s premier art galleries, rather than dingy pub-basements. “This place, the museum,” he gestures around the upper level of the Tate’s rotunda, “is the most generous”, a multi-faceted space that welcomes work which crosses the boundaries of form, like Abu Hamdan’s. 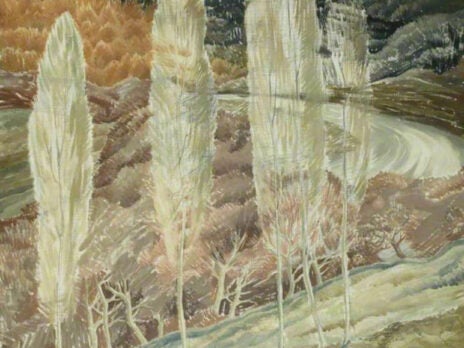 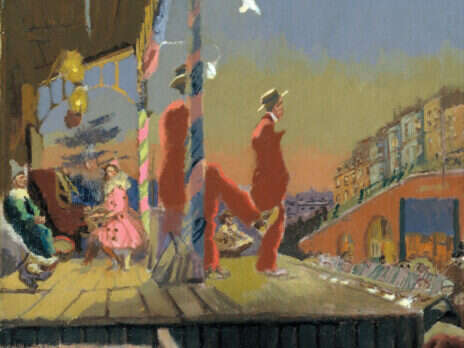 Walter Sickert’s fascination with the mundane, gaudy and sordid 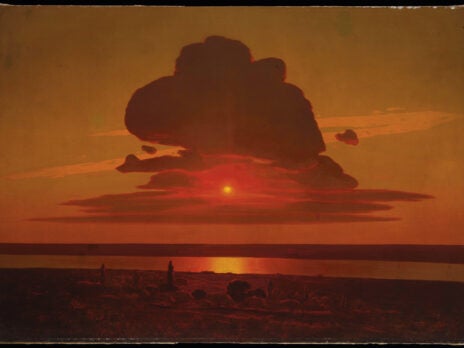 Wearing a denim shirt, slim black trousers and trendy gold-rimmed glasses, and with his blond hair and blue eyes, Abu Hamdan says he isn’t subject to the racism that many British Muslims experience, though he admits to feeling a heightened Islamophobia in the UK today. This is especially true, he says, “in the bureaucratic world.” His Turner Prize nomination is a gesture of recognition from Britain’s cultural establishment; during the same period, he was subject to a gruelling thirteen months of “interviews, school records, ultrasounds and documentation” in an attempt to gain British citizenship for his daughter. The process “was all based around the idea that I would be lying.” This hostility is one reason he and his Lebanese wife left the UK for Beirut in 2014, where the family now lives.

Abu Hamdan’s itinerant life has resulted in the presence of what he describes as an “unstable voice” in his work. As a child, he listened to the voice of his father, at home in the polyglot cultures of Lebanon and Jordan, and then in the UK. Abu Hamdan says his father is “a crazy code-switcher”, able to mimic the accent of whoever he is speaking with, be they a Bedouin or someone from the British upper-classes. “His code-switching taught me, from a very young age, that the voice is not something you can trust. In the West, the voice is seen as a bearer of the truth – ‘I swear to tell the truth, the whole truth, and nothing but the truth’ – and the law is an aural discourse. But I learnt that the voice can be quickly split from your identity, that the voice is where you make many ‘yous’, that you multiply yourself all the time.”

That his Turner Prize exhibition comprises three works (After SFX, Walled Unwalled and Saydnaya (the missing 19db)) dedicated to the exploration of sound in cases of human rights abuses, is, then, both political and personal. Each takes the form of an audio-visual installation projected onto a glass screen in a darkened room.

The case study at the heart of these works is the result of an investigation Abu Hamdan undertook in collaboration with Amnesty International and Forensic Architecture, an agency which uses architectural technologies to investigate cases of human rights violations and which was nominated for the Turner last year. In 2016 he interviewed six survivors of Saydnaya prison, a “black site” 25km north of Damascus, Syria, where 13,000 people are estimated to have been killed since 2011.

Using the BBC and Warner Bros sound-effect libraries as prompts, Abu Hamdan asked former inmates – who had been brought to the prison blindfolded and kept in dark cells – what they had heard inside Saydnaya. One former prisoner had committed to memory the sound of every hinge of every door in his wing; another recalled the sound of each guard’s steps on a central spiral staircase.

The acoustic memories he extracted from these “earwitnesses” allowed Abu Hamdan and his colleagues to build an image of the prison, which forms the centrepiece of an Amnesty report. This work is not enough by itself to build a legal case against the Syrian regime – “I was playing them sounds, we were constructing things together, and that’s legally difficult” – but he hopes that eventually this information will be one of many conditions that will “lead to a war crimes tribunal for Bashar al-Assad.”

By the time I met him, Abu Hamdan, along with his fellow Turner Prize nominees, Helen Cammock, Oscar Murillo and Tai Shani, had already decided to write to the judges to request that the prize be awarded to the four artists together, “to make a collective statement in the name of commonality, multiplicity and solidarity.” The jury duly honoured the request and split the £40,000 award four ways.

“We always felt the jury would be supportive of our decision, as it emerges from the same logic that you see throughout the work that we were selected for,” Abu Hamdan writes to me after the result is announced. Once the four artists met for the first time in Margate and saw each other’s works, they realised “the context of the prize would undermine the politics we imbue – the images, sounds and sculptures we make as individual artists.”

Ultimately, Abu Hamdan believes in art as a means of truth production: “An artist captures an essence that you cannot see. Art is what you use when other modes of language are inadequate.”