Back in the 1990s, when stand-up comedy was hailed as “the new rock ’n’ roll”, Robert Newman and David Baddiel used to perform a sketch entitled “History Today”. The two comedians played elderly historians, slumped in the chairs of a dull, late-night talk show. Each time they attempted to engage in scholarly debate their discussion descended into puerile, playground insults.

It worked because Newman and Baddiel are brilliant comic performers, but also because it was then possible to portray history as the musty domain of grey-haired, grey-suited men, trapped in personal feuds and obsessed with obscure historical controversies. That history and historians could be so lampooned was, in retrospect, a luxurious state of affairs.

Two decades later historians have become unwilling conscripts in toxic culture wars, the focus of online hate and tabloid misinformation, rather than TV satire. What is, and what is not, taught in schools and universities, what appears in our children’s textbooks, how heritage organisations research and present the houses and objects under their care, have all become front-page news.

We are where we are, in large part, because historians have been doing their job. Over recent decades that has led them to turn their analytical gaze towards aspects of Britain’s past that had long been purposefully marginalised – in particular the histories of slavery and empire. The historians now being targeted by journalists and politicians are almost exclusively engaged in those fields of study. Given that politicians, this summer, were willing to pick fights with the star players of the England football team, it is hardly surprising that historians are considered soft targets.

[See also: The England team have exposed the lie of the government’s culture war]

The gradual growth in the study of slavery and colonialism, which began in the 1960s, was a small component within a far bigger revolution in the study of history. Back then a generation of historians that included EP Thompson, Eric Hobsbawm, Dorothy Thompson and Christopher Hill expanded the fields of social history and working class history, which they very often examined from a Marxist standpoint. Their aim was to recover the lives of the poor from what EP Thompson called “the enormous condescension of posterity”.

Twenty-first-century historians seeking to rescue the millions who laboured on the plantations, or who resisted British imperial rule, from similar condescension find themselves in a radically different environment. The study of those specialisms is increasingly portrayed not as an expansion of our national history but as a politicised assault upon it.

Yet rather than challenge the history of the favoured culture-war topic, the tactic is to discredit the historians themselves, the intellectual equivalent to playing the player, not the ball. As the facts of phenomena such as the transatlantic slave trade cannot be refuted, the motives of those who study them are instead called into question. While the historians of the 1960s were denounced for their Marxism, the abuse levelled at today’s historians is of a different order. The aim is not to engage in historical debate but to delegitimise opponents.

Corinne Fowler, a professor at the University of Leicester, who co-edited a report on the links between National Trust properties and historical slavery and colonialism, has rightly compared these campaigns against historians to the methods used by those who work to delegitimise the scholarship of climate scientists. Another tactic is to rebrand historians as “activists”, and claim that their scholarly detachment has been surrendered to “woke” ideology. I myself have been denounced as an “ideological historian” despite being, in truth, a rather old-fashioned empirical historian.

[See also: The Little Britain affair is a reminder of the UK’s long and toxic love affair with blacking up]

Historians who regard the study of slavery and empire as valid now face a difficult task. They must stand up for the study and the public dissemination of history as it really is – messy, contradictory and often far from glorious or heroic – while at the same time standing up for one another. To do this they must accept that culture wars appeal to emotion – they involve calculated distortions that aim to convince people their history and thus their identity is under attack, and cannot be defeated with mere facts.

Historians can and should point out that while culture wars are toxic they are also confected. The articles attacking historians and heritage organisations are often peppered with inaccuracies. There never was, for example, a mass cancelling of memberships at the National Trust, in response to the research into links between the Trust’s properties and slavery. And the project in question was not a “woke” reaction to Black Lives Matter but a peer-reviewed work of scholarship conceived before both the murder of George Floyd and the protests of 2020.

Historians should repeatedly point out that the “rewriting of history” is not some act of professional misconduct but literally the job of professional historians. The phoney arguments at the heart of this phoney war have too often been allowed to define the debate. Historians, so skilled at reframing discussions and “problematising” debates, need to bring those skills to bear on those who would reduce public history to what Donald Trump’s infamous 1776 Commission termed “patriotic education” – something as far away from history as an academic discipline as can be imagined.

Topics in this article : Culture wars 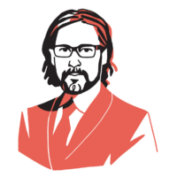