“Michael” was the number one trending topic worldwide last night. Most people won’t need me to elucidate “Michael who?” or to explain why. Michael Griffith was Love Island 2019’s reliable pure boy, a fan favourite of the reality TV show in which attractive men and women compete to couple up while secluded in a heavily surveilled villa. But last night, he made fools of the reality show’s audience – showing that he could execute the same kind of  behaviour women have seen countless times before.

For weeks, viewers had seen Michael sticking up for his friend to the guy who repeatedly lied to her, praising the woman he had coupled up with, Amber Gill for her no-bullshit personality and speaking her mind, and displaying levels of emotional maturity 20-something men rarely show in real life, let alone on reality television. He was a refreshing character among the usual batch of men Love Island has to offer; not a cartoonish representation of masculine behaviour, but an actual, verifiable “good guy”.

Michael and Amber had just been voted among the public’s top three favourite couples, Michael was talking about how much his family would like her, and the two seemed on track to be this year’s Love Island winners, being in a genuine and caring relationship. But on Friday, show producers decided to separate the women and introduce them to a new villa with a new set of men, the infamous “Casa Amor”. And after just three days of separation from Amber, Michael chose to recouple with a someone new,  leaving fans to ask: “How the hell did this just happen?”

The lead up to this betrayal had already been uncomfortable to watch: Michael almost immediately set about “cracking on” with new girl Joanna the second she arrived. He jumped into bed with her after a single night away from Amber, kissed her after just two, and spent each day badmouthing Amber to anyone who would listen (for the exact qualities he’d praised her for just days before). All this while fans were watching a split-screen of Amber staying loyal to Michael, and wondering if he was doing the same.

But while the backlash to this decision was a screaming avalanche, what Michael did was not, really, that unthinkable – and, in fact, nearly every woman who’s ever dated a man will have seen it all before. Michael’s behaviour was the 101 of what women fear men will do behind their backs. And it’s the exact kind of thing young women are told they’re crazy for worrying about.

You’d struggle to find a woman today who hasn’t met someone like Michael. The guy who has to be too good to be true but seems to be living up to what you secretly hope for: kind, caring, respectful of you and other women, loves his family, cares about his friends. Everything works out great for maybe a few weeks, maybe a few years; that is, until it doesn’t. Out of nowhere, this guy ghosts you, he dumps you, or – as tonight’s preview indicates Michael will do – gaslights you, acting like your perception of events, the reality, was not what actually occurred. Michael is the embodiment of many women’s most heart-breaking romantic experiences. And as it was with Michael, it can be impossible to see this sort of behaviour coming.

This is exactly why women, including Amber, fear men like Michael. Amber (now infamously) explained to Michael about why she didn’t initially couple up with him on day one: “Just looking at you, you look like you’re going to ruin a girl’s life… I was like, no, definitely not him, he’s going to ruin my life.” While this is an impressive sixth sense from Amber, most women don’t have this radar and Michael gave her no reason to worry about his loyalty. And women everywhere have experienced the same. Everything that is known to them, and often even to the people around them, could show, 100 per cent, that the man you’ve allowed yourself to be vulnerable to has given you no reason to doubt him. And yet, there you end up, hearing flimsy reasons or standing in front of a man on a reality dating show, discovering that (based on nothing) you should have never been so foolish as to let your guard down. 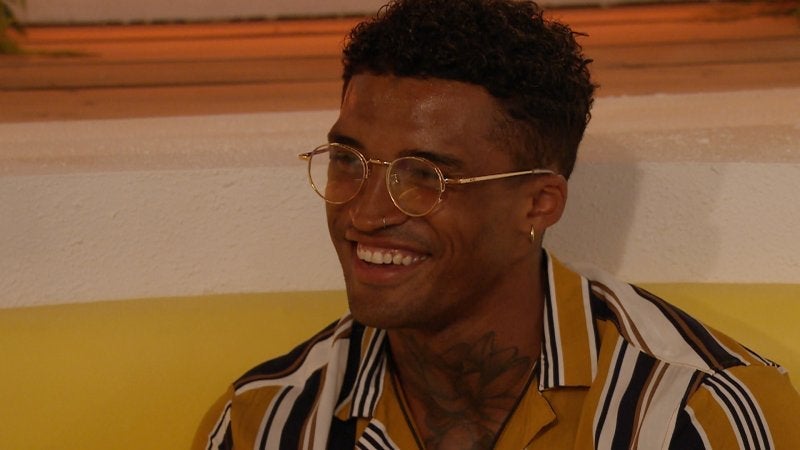 In the time since Michael officially recoupled last night, women have been pouring out their stories of similar experiences. Sex blogger and influencer Oloni started one of her famous threads asking women to send in their stories of when they had “been Michael’d”. The responses to her call-out show stories of relationships lasting weeks, months, and even years ending with no warning and little explanation. Even I myself, in just in the 14 hours since the episode aired, have already had a close friend experience a guy do the same to her. It is so painfully common, and it so undeniably painful to watch, but the mundanity of its regularity fails to make it any less shocking to uncover.

You may then be thinking, “It’s a reality dating show and you say it’s common. So why should anyone be so surprised by what Michael has done?” And yet, we usually watch Love Island expecting nothing beyond the superficial – basic twists (Boy A picks Girl B over Girl C), simple, pure romances (straightforward, unhindered falling in love), and an occasional villain (a guy who kisses a girl after telling someone else that they fancy them).

This year’s islanders have brought us something different. As writer Moya Lothian-McLean posted on Twitter this morning, “The boys have learned to smear themselves with a veneer of false respect for their partners,” bringing us a sense of authenticity that looks far more like the contours of a real relationship rather than the typical technicolour hammy ones we often get on the show. And that authenticity we’re seeing equally applies to all of the bad elements of real men operating in the real world. “So it jars so much more when they revert to this behaviour,” Lothian-McLean added.

It’s worth saying now that the same could be said of another couple last night, Curtis and Amy — the early favourite couple to win this season who had decided to go exclusive and become “half boyfriend and girlfriend” weeks before. Viewers similarly watched as Amy said she was in love with Curtis during their days apart, while Curtis tred to couple up with a new girl egregiously out of his league. But while Curtis deserves a landfill of criticism (criticism he’ll undoubtedly get from the other female islanders), he never once said anything negative about Amy. And unlike Michael, Curtis repeatedly acknowledged that he was committing an extreme and horrific betrayaly and will tell Amy that he was, and is, in the wrong.

We know tonight’s episode will show us Amber’s friends going after a remorseless Michael for telling Amber to “break down her walls” to only then betray her at the first opportunity. But inevitably, the boys in the villa will twist the girls angrily standing up for their friend – and Amber standing up for herself – as immaturity and aggression. And Amber’s understandably angry reaction will make not just the male islanders, but also much of the public forget that she is experiencing deep emotional pain and will likely use her anger to excuse Michael’s behaviour.

What Michael has done, and the impending fall out from it, is something women have seen before. And without a doubt it’s not the last time the women watching Love Island will see it again.