By virtue of its topography, Australia has always been able to produce tales that simply couldn’t work in Britain. To those of us who have never visited, it appears in the imagination as a vast space encircled by a beautiful coastline close to which cling cities, towns and their sprawling suburbs, while the largely uninhabited interior – dusty, hostile and unknowable – could comfortably host 31 United Kingdoms. A place to get lost in.

It’s a concept not always entirely challenged by that Australian literature which has found favour abroad. Walkabout by James Vance Marshall, Wake In Fright by Kenneth Cook, True History of the Kelly Gang by Peter Carey and Dirt Music by Tim Winton are united by the thematic trope of escape – from town to outback, from adversaries and the law, from the self. “Australia” is often the lead character.

Shaun Prescott’s oddly moving debut The Town stretches such themes of escape, flight and identity into new shapes. His is a microcosmic Australia reduced to a town so drab it has no name, to which a young budding writer, also nameless, moves to write a factual book about “the disappearing towns of the Central West of New South Wales”.

He finds a place without purpose, where a creeping sense of malevolence is manifested in the malls and maze of culs-de-sac. A passenger-free bus endlessly circles, a train station receives no trains, while a character such as Ciara, a musician and DJ, obsessively leaves thousands of cassettes of her eerie synth music about the town and broadcasts to nobody. Posters advertise gigs featuring imaginary bands, and teenagers congregate to dig holes: “If you weren’t satisfied with the town, but couldn’t pinpoint what was unsatisfactory about it, digging holes was what you ended up doing.”

Christmas, for me, has never been quite what I imagine it should be – so Bali beckons 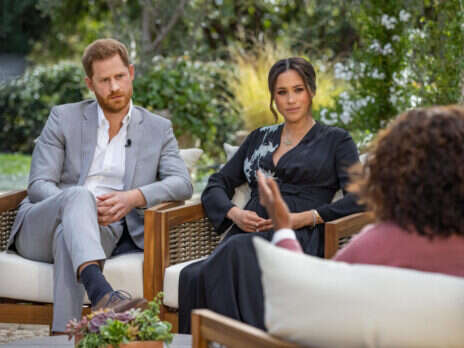 As the narrator takes a job at Woolworths and his historic research is met with blank looks, his book falls by the wayside and in his fellow inhabitants he finds failure as almost pre-destined. Characters are often defined by repetition or the things they don’t do, as in the novels of Magnus Mills. They do have a flair for beer and casual violence, though, gathering annually to drunkenly destroy the park or each other. Here fighting is a folk tradition, a ritual, part of the community’s fabric.

Nothing much appears to happen until the surface itself begins to erode as gaping, portal-like holes appear across the town. Discussion of them is largely avoided, with any broader municipal problems blamed on Muslims (though there are none in the town), video games or mutant subterranean rabbits. Meanwhile an intangible sense of loss pervades: “Perhaps the moment the town was founded was the very best moment it ever had, and ever since then it had been in decline.”

Here The Town – which may not pick up any awards for its title – skirts the realm of an ironic 1950s B-movie update. When three blocks of the main street disappear “the absence was so large that it was no longer just depthless or devoid of colour. Instead it has become a glimmering mirror, towering skyward, as high and wide as the missing buildings.” First regional identity is under threat and now reality itself: “Historical things don’t always need to be happening,” says one man, shortly before he and his friends attack the narrator for being an outsider stealing their jobs, “It’s better when they don’t.”

The Town features moments of genuine unease punctuated by bouts of banality and literary lassitude, but perhaps that is the point; it is a mood piece permeated by an asphyxiating ambience. Zooming out, we see a place and its people whose sense of self is vague and, like the town, full of holes. Finally escaping to an unnamed Sydney, the narrator and Ciara find a chaotic, sprawling metropolis, yet one that feels just as spiritually empty. This is existentialism, late-stage capitalism-style, played out while people sit around on beaches and park benches, drinking beer, swigging while Rome burns. Their lives are free but without meaning.

In his acknowledgements, Prescott thanks the Wiradjuri people, on whose land the book is set; otherwise white Australia’s bloody past is not mentioned. We know it is there, though, just beneath the surface. The Town is perhaps an allegorical mirror reflecting the evils of ignorance and xenophobia that lurk in all humans, everywhere, and the fragility of existence. It’s a gripping but grim depiction.

This article appears in the 12 Sep 2018 issue of the New Statesman, The return of fascism