Tanisha Anderson. Miriam Carey. Sandra Bland, Shelly Hilliard, Shelly Frey. Before discussing When They Call You a Terrorist – the extraordinary memoir by Patrisse Khan-Cullors, one of the three founders of the Black Lives Matter movement – it feels important to list these names. They are some of the many women killed at the hands of American law enforcement officers, but whose names have too rarely frequented national headlines – the final indignity of those who die due to the recklessness and ruthlessness of the state, to be wilfully ignored by history.

However, thanks to the outstanding efforts of Khan-Cullors and her peers, their lives will not be forgotten anytime soon. The author, along with fellow activists Alicia Garza and Opal Tometi, has created a platform for protest which even the president of the United States could not ignore.

It must be stated at this point that this platform, most visible online through the #BlackLivesMatter hashtag, was  born from patient and painstaking grassroots work. Khan-Cullors’s name has been conspicuously absent from much of the discourse about the movement – and it is striking that she and her co-writer, Asha Bandele, do not once mention DeRay McKesson, the man  many keen Twitter users would most readily associate with the movement.

The overshadowing of women’s work by men is nothing new in the history of political action. Yet it feels particularly jarring here since a continual criticism of Black Lives Matter is that it is not clear what the protesters ultimately want; were Khan-Cullors handed the microphone more often, many would quickly see that she and her peers have a carefully-considered vision for societal improvement.

One of the most striking things about this book is that by the time Black Lives Matter is first discussed at length, we are already halfway through the text. The effect is that the reader then sees Khan-Cullors’s activism as a logical response to the policies, most notably the prison-industrial complex, that have hounded black communities for much of her early life. 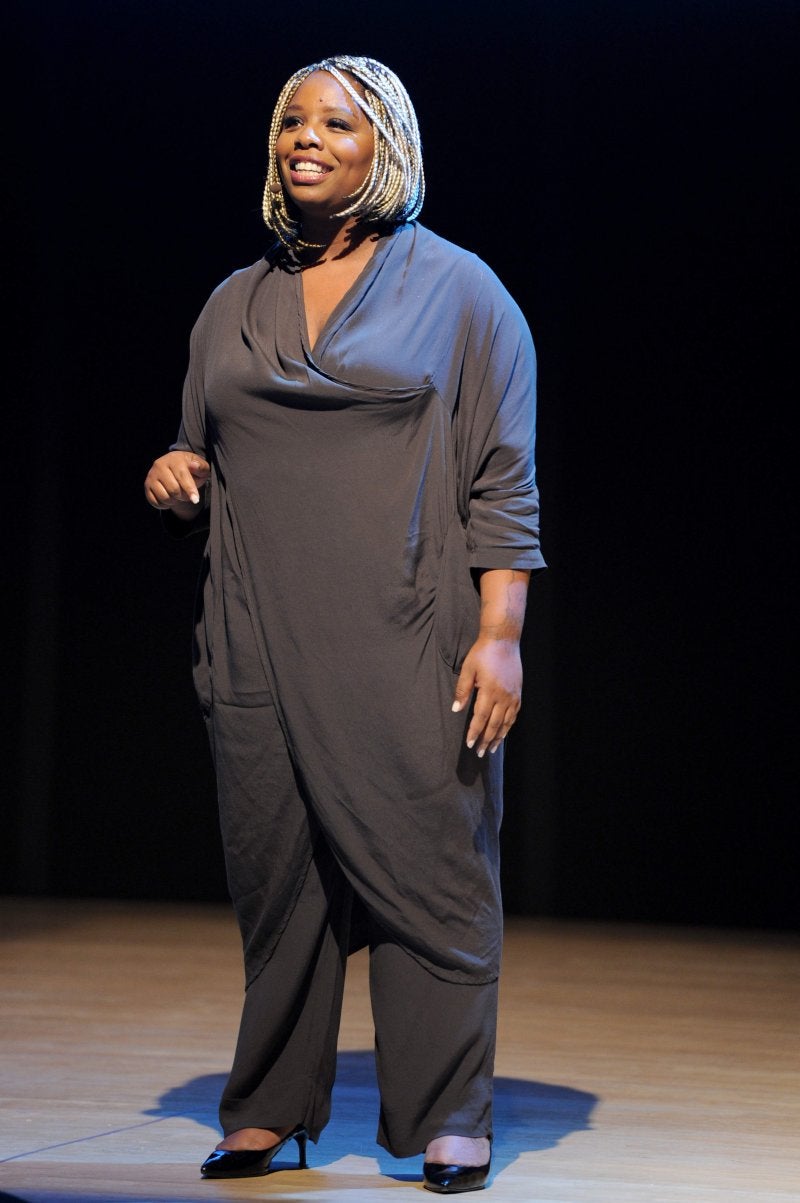 Her brother was assaulted by the local police department, enduring acts that would later widely be described as torture; indeed, Khan-Cullors draws a compelling parallel between his treatment and that of Iraqi prisoners at the hands of the US army in Abu Ghraib. Elsewhere, Khan-Cullors tells us the story of Gabriel Brignac, her biological father, who spent much of his life in and out of jail for drug possession before dying of a heart attack aged 50. In many ways, Brignac is the book’s most tragic figure: a warm and generous soul who would have had a far greater chance of happiness in a more compassionate society, or perhaps merely one where he had been born white.

There are many devastating scenes in this book, but maybe the most horrifying is when Khan-Cullors is invited home by  her best friend, over on the side of town where most of the affluent white people live. During the meal, Khan-Cullors realises that her best friend’s father – by her account a kind, gentle man – is the slumlord responsible for the dilapidated home in which she and her family live, and which has not had a working refrigerator for a year.

Galvanised by these events and the deaths of black people under police supervision,  Khan-Cullors co-founds Black Lives Matter. The movement’s efforts are often greeted with hostility and suspicion at best, and intimidation and violence at worst. Indeed, the book’s title refers to a petition presented to the White House, which submitted that Khan-Cullors and her fellow protesters were terrorists – an accusation, she notes, which has been made throughout history of black people seeking equal rights. The book does not spare the reader with a cathartic conclusion but ends with the election of Donald Trump, a grim indictment of those who were not vigilant or politically active enough to prevent his ascent.

Meanwhile, Khan-Cullors is careful to hold herself to account, concerned that she was too naive to see Trump coming and worried that she did not give trans women of colour enough of a platform at the early Black Lives Matter protests. This humility, alongside her exceptional commitment to social justice, provides the greatest cause for optimism in this harrowing and yet uplifting account: her compelling belief is that collective organising is the only thing that has truly changed the world for the better, and the only thing that ever will.

Musa Okwonga is a Berlin-based poet, journalist and musician

When They Call You a Terrorist
Patrisse Khan-Cullors and Asha Bandele
Canongate, 272pp, £16.99